The British designer departed Celine three years ago to the pain of a legion of devotees. Now she's girding herself for something bigger: her own label

Phoebe Philo, the British designer who became perhaps the most influential woman in fashion during her decade at the helm of French fashion house Celine, announced that she will return to fashion with an eponymous luxury brand backed by LVMH.

After three years away from the industry, Philo said that she would launch a new brand “rooted in exceptional quality and design.”

“Being in my studio and making once again has been both exciting and incredibly fulfilling,” she said in a statement. “I am very much looking forward to being back in touch with my audience and people everywhere. To be independent, to govern and experiment on my own terms is hugely significant to me.”

Fashion designer Phoebe Philo is back after a three-year hiatus. Photo / Getty Images

Philo will maintain majority ownership of the new label, with French luxury conglomerate LVMH stepping in as a minority investor. Philo, never one to rush, said that further details — though not necessarily a collection — would be shared in January 2022.

During her 10 years at Celine, Philo changed the face of luxury, reframing fashion as a vehicle for the female gaze. She eschewed gimmicks and bling in favour of logo-less clothes that proved catnip for the thinking shopper (she even cast essayist Joan Didion in one of her campaigns at the age of 80).

The woman herself proved just as influential as her designs. A glimpse of Philo waving from the end of a catwalk show in wide-legged trousers, a roomy polo-neck and box-fresh Adidas Stan Smith trainers was enough to ignite a mania for perfected basics and white trainers. Philo, more than Nike or Adidas or Veja, is the progenitor of the enduring trainers-with-everything aesthetic. 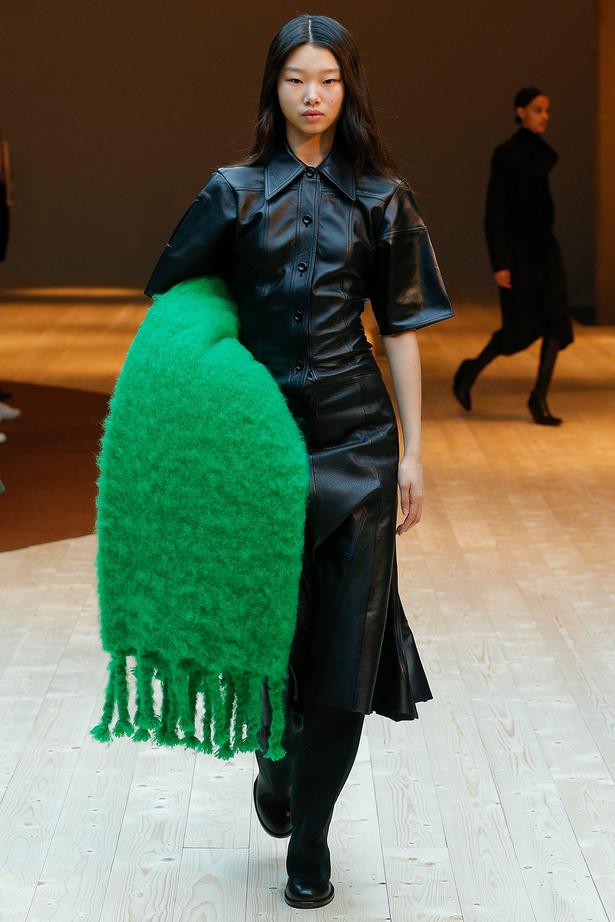 Her irresistible fashion formula has been unmatched since she stepped down in 2017, leaving a void that fans of Old Celine, as Philo-era Celine has come to be known, have struggled to fill. In the process, resellers have sent the price of Old Celine handbags (the Trapeze, Box, Belt and Trotteur styles included), accessories (especially Edge sunglasses and Madame booties) and ready-to-wear spiralling, with secondhand pieces sometimes surpassing original retail prices.

After she left Celine, Philo was rumoured to be the possible successor to both Karl Lagerfeld at Chanel and Azzedine Alaia — a sign of how highly industry insiders esteem her taste. Women still hungry for Philo’s fashion vision have sought consolation at The Row and Bottega Veneta (now designed by Daniel Lee, an alumnus of Philo’s Celine team). But they’ve really been waiting for the real thing. So what can we anticipate about her new label?

It’ll be expensive
The phrase “rooted in exceptional quality and design” is telling. To establish herself as an eponymous luxury presence, with the backing of LVMH (owner of luxury brands including Christian Dior, Givenchy and — erm — Celine), Philo will no doubt have to set the bar high when it comes to pricing. It’s likely that her brand will come in at the higher end of the luxury price range, closer to Hermes than, say, Mulberry.

It’ll be on her own timetable
Philo was the first fashion designer at a major house to take maternity leave (when she was at Chloe). During her Celine years, she established her design studio in London, despite the brand maintaining its headquarters in Paris. She has conviction and values her independence. So there’s nothing to suggest she’ll hew to a fashion calendar that looks increasingly frantic and retrograde.

Instead, she could follow Alaia’s lead, introducing collections on her own timeline. Or she might choose to keep her collections concise, creating an accumulation of Phoebe Philo pieces rather than a brand-new range every season. Either way, it’ll be interesting to see how she rethinks the way a fashion brand works.

It’ll be accessory-forward
While her printed silk shirts, slip dresses, knitwear and tailoring remain covetable, it’s the shoes and handbags that have proven the standout cult pieces from Philo’s tenure at Celine. (Consider the enduring appeal of the glove shoe and furry sliders — and the fact that Celine creative director Hedi Slimane has kept a number of Philo-era handbag designs in production at New Celine — as proof).

Philo will know that any new brand has to launch with a robust accessories business to be a viable prospect. There’s little doubt that any handbags and shoes she presents will become instant best-sellers.

It’ll be Philo’s highest-stakes venture yet
Philo’s first job out of design school was as Stella McCartney’s assistant at Chloe. She succeeded McCartney as creative director but designed Chloe very much in the same vein as her predecessor. She moved on to Celine, just a few years after its first attempted relaunch under Michael Kors, and reinvented it into a modern luxury juggernaut. Now, unlike then, her reputation precedes her. She’s a living legend — a lot to perform up to.

Everyone will be watching
Especially, you have to imagine, Hedi Slimane. With the new brand likely to launch as the world emerges (one hopes) from nearly two years of global uncertainty as a result of the coronavirus pandemic, it could be an inflection point. It’s likely to be received as such, with everyone looking to Philo to define the future direction of fashion. We can’t wait to see it.

The Leading Entrepreneurs Entering The Business Hall Of Fame