"Creation is a drug I can't do without," said Cecil B. DeMille. And of all the creatives working in fashion today - many of whom are, undoubtedly, intoxicated by something: the act of creation, perhaps; chemical substances, probably; their own sense of self-worth; most certainly of all - I can imagine only one making that statement.

That's because the natural inheritor of DeMille's crown - both in terms of theatre, and giving great interviews - lies not in Hollywood, nor even in the film industry.

He's in Paris, the more simply monikered Rick Owens. An American still, mind, creating his own biblical epics on the grandest of scales.

Owens has marched his models out, backdropped against a Boschian Towering Inferno of flames, buffeted them with a man-made hurricane, or sent them scuttling through a foam waterfall wearing dresses that resemble the shower-curtain from Psycho.

That's obviously Owens' women - well, not so obviously, considering the conflagration between the sexes in the realm of Rick.

His men frequently wear dresses - on the catwalk, sure, but also on the street.

He's created collections inspired by the idea of an American in Paris (not the film), by the notion of "American Preppy", and by Fred Astaire. 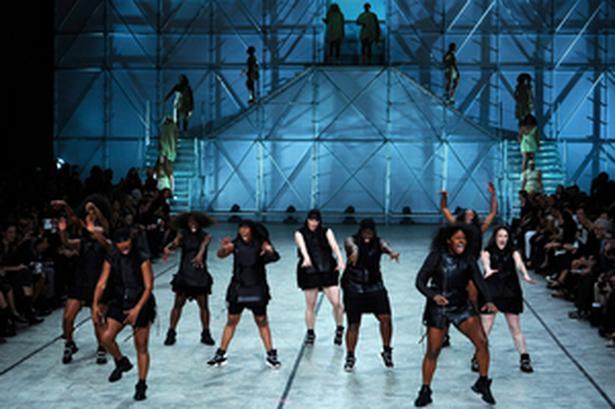 None of them looks anything like that. They look completely, unequivocally Rick Owens. Which - in an industry currently occupied by mild-mannered designers preoccupied with making anodyne, commercially viable clothing above and beyond bold design statements - makes Owens stand out. He's fashion's auteur.

Rick Owens is 52. We meet on a cold March morning. It's the night after the Academy Awards, which I never thought would figure much chez Owens but, apparently his wife, Michele Lamy, is a big fan. Owens isn't. Which meant that he spent the night on the couch, although he doesn't look worse for wear. That's also surprising considering we meet a couple of days after his autumn/winter womenswear show - although Owens always manages to avoid the exhaustion inherent in that kind of creative exertion, typically appearing gregarious, tanned and enthused backstage.

Also in typical fashion, that womenswear show was a reflection of a mood first expounded in his menswear show in January, the stripped-back set at the Palais de Chaillot a contrast to the cast-of-thousands spectaculars Owens had been staging in a stadium on the outskirts of Paris for the past two years.

"I felt like I had reached the end of the cycle," says Owens, quietly. "That theatrical thing was just about me relaxing, kind of knowing that I was able finally to express myself clearly, and then I could play with the role. It took me a long time to get comfortable with runway shows. Because my aesthetic ... I always kind of assumed it was so narrow that, with the whole runway thing, it would burn out pretty fast."

That's Owens being modest - or maybe blase. He once described his clothes as "the luxury of not caring", and there's something of that to his attitude as a designer. All the more extraordinary, given that his business is approaching £100 million ($193.2 million) in annual revenues, and is entirely independent. Which, for Owens, means absolute creative freedom. 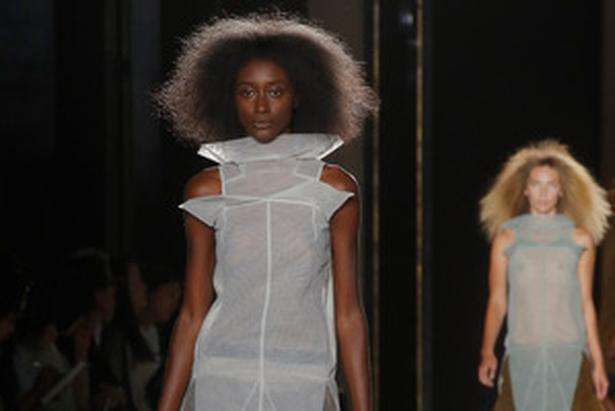 "I don't have to do anything I don't want to," he says. "It's not like I'm obligated to make any compromises, which is a wonderful thing. I probably sound a little gloaty to say that, or a little boastful, but it's significant. I could just burn the whole f***ing place down."

There's only a bit of Nero fiddling while Rome burns to that comment, not least because OwensCorp (the actual name of his business) is nothing short of an empire.

Over the past 20 years, he has diversified into umpteen product areas. In 2006, Owens started making furniture, which he describes as prehistoric. It contrasts materials such as 500,000-year-old petrified wood and plywood, ox-bone and alabaster. He's also made a toilet out of rock crystal. I'm not sure if anyone bought that, but I suspect they probably did.

That suspicion stems from the fact that Owens is massively commercially successful. I'm reminded of another Cecil B. DeMille quote: "The public is always right."

When retailers are asked about their bestselling brands, Owens invariably features at the very top - despite eschewing advertising, and despite an aesthetic that may be politely described as challenging. "Sometimes, I think it's really the biggest ego trip," grins Owens when discussing that extremity of vision. "I'm concentrating on what my needs are ... I'm a spoilt baby."

But perhaps that's what people want with fashion today - to be challenged, provoked, to have their faith tested a little.

Owens attracts a cadre of hardcore supporters, many of whom wear nothing bar his clothes. On the other hand, there are unlikely men and women - Hollywood stars, business moguls, bankers and shop clerks - who have pieces by Owens in their wardrobes. There's an odd universality to his style.

He speaks slowly, with a California drawl. It's not a directorial voice, per se, more the central-casting-stoner-roadie in skater shorts and high-tops. Incidentally, those are sort of Owens' uniform, but both are of his own design. They summarise, neatly, one of the most interesting things about him. The idea that Owens can take the building-block basics of the wardrobe and morph them to fit with his own aesthetic.

The shorts are wrapped, draped, the crotch dropped until they resemble a cross between Middle Eastern menswear and a loose nappy. The trainers, a collaboration with Adidas begun at his menswear show last June, are built up and out. They look calcified, like cloven hooves. In fact, they look like no trainer you've ever seen before. Which is rare, if not unique. But it's something Owens manages again and again, season after season. To reinvent fashion's wheels, and to shift the whole thing on its axis a little.

The images accompanying this article - Owens on the catwalk, his clothes at their most extreme and undiluted - may seemingly contradict my assertion. It also puts paid to Owens' suggestion that his clothes may not be worth a catwalk show (it took him eight years from founding his company to staging his first, in 2002).

Ignore the shows, though, and focus on the clothes. Because, in a weird way, Rick Owens' signature skinny-sleeved asymmetric biker, preternaturally in pre-washed leather distressed to within an inch of its life, has become the Chanel jacket of our time. It's knocked off by 1001 companies in 1001 ways, but it's obvious where it came from.

That's as true for him as it is for her. And when it comes to menswear, reinvention of the wheel is particularly difficult. For spring 2012, Owens casually inferred that he'd invented the four-piece suit. It was a joke, of course, but it pinpoints his toying with convention and testing of boundaries. Of course, they're much easier to test and transgress in menswear.

"With men's [clothes] it's very much about iconic masculinity, the things that make men, historically, look the most noble," says Owens. "I look at the 1930s when I think of women's clothes. That's the era that I like, that black-and-white, Hollywood, languorous era. I think it's partly that, and it's partly me growing up - the things that made the most sense. "Everything I do that is shorts and T-shirts, is shorts and T-shirts, the simplest things. Like what is the most fundamental, primal thing that you would wear in the jungle if you lived there by yourself? And then kind of elaborate from there."

Elaboration has, of course, been key to Owens' shows, some of the biggest productions fashion has seen over the past few years. "There's this streak of perversity in Parisian shows. You need to have some kind of vibe. In New York, we know what the clothes are like but, in Paris, you just need a little bit more. You need a little bit of magic. Efficiency isn't enough."

Perhaps that was what pushed Owens to make his shows into the Hollywood set-pieces they became? "It was all about, what do I want to see if I have to go to a show. But I felt if I try and sustain this kind of thing, it will start getting a little desperate and I don't want to be a ringmaster designer."

He grins. "I like trying to make something as simply monumental, eternal and primal as I can. Big and dumb, that's kind of my motto. I love the idea of working with almost nothing. Light, air, smoke. Like a cheap magic act."

• Rick Owens is stocked in New Zealand at Zambesi and Plume.