1. Rihanna is about to launch an accessories line, according to Grazia. It's an obvious move for the superstar, who has made fashion a key part of her brand – she is currently the creative director of Puma and face of Dior, and has been working closely with stylist Mel Ottenberg in developing her striking look. The fashion line will reportedly be called $CHOOL Kills.

2. Scoring a Burberry campaign has become a rite of passage for a certain type of celebrity offspring, from Romeo Beckham to Otis Ferry. The latest, for Fall 2015, takes a step down the family tree with Keith Richards’ granddaughter Ella Richards.

3. New Zealand models have been in the news, with New Zealand-raised Victoria’s Secret model Stella Maxwell reportedly dating Miley Cyrus (to the glee of tabloid websites everywhere). In Milan, Kiwi model Dane Bell made his international runway debut at Gucci.

4. Tom Ford has partnered with luxury online store Net-a-Porter, which will be the exclusive online stockist of his men’s and women’s collections. The designer currently sells through boutiques, department stores and his own e-commerce site which only ships to the US, while Net-a-Porter is available worldwide.

4. Dogs are trending, with Marc Jacobs’ Instagram-famous bull terrier Neville starring in the designer’s latest campaign for his book stores Bookmarc and Lady Gaga’s puppy Asia Kinney featuring in the latest Coach campaign. He was photographed by Steven Meisel, who has shot a selection of “Coach Pups” for the campaign. The singer revealed the campaign on Twitter. 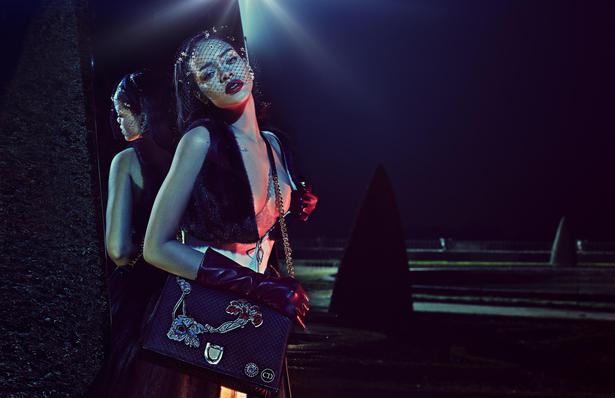