The Princess of Wales in Lahore, 1991 and The Duchess of Cambridge in Islamabad, 2019. Both wear Catherine Walker. Photos / Getty Images The Duchess of Cambridge’s style nod to her hosts in Pakistan takes its cues - and its designer - from Diana, Princess of Wales, says Bethan Holt

When the Duke and Duchess of Cambridge landed in Islamabad on Monday evening, there were some concerns that it might be tricky to get a great picture of them stepping off the plane in the dark. But little did we know that the Duchess had turned to the designer who has become the master of attention to detail.

And so it was that Kate pulled off a wow moment in a tunic and trousers combination that showcased the best of British couture skills and encompassed nods to Pakistan’s traditional dress, while standing out on the tarmac thanks to its vibrant ombré turquoise colouring.

The Duchess’s arrival outfit is the epitome of everything Catherine Walker and Co do best. Since its inception in 1977, the atelier has offered a discreet service that brings the tricks of Savile Row tailoring to womenswear and makes clients feel beautiful and perfectly appropriate for the occasion, over and above catering to the whims of fashion. 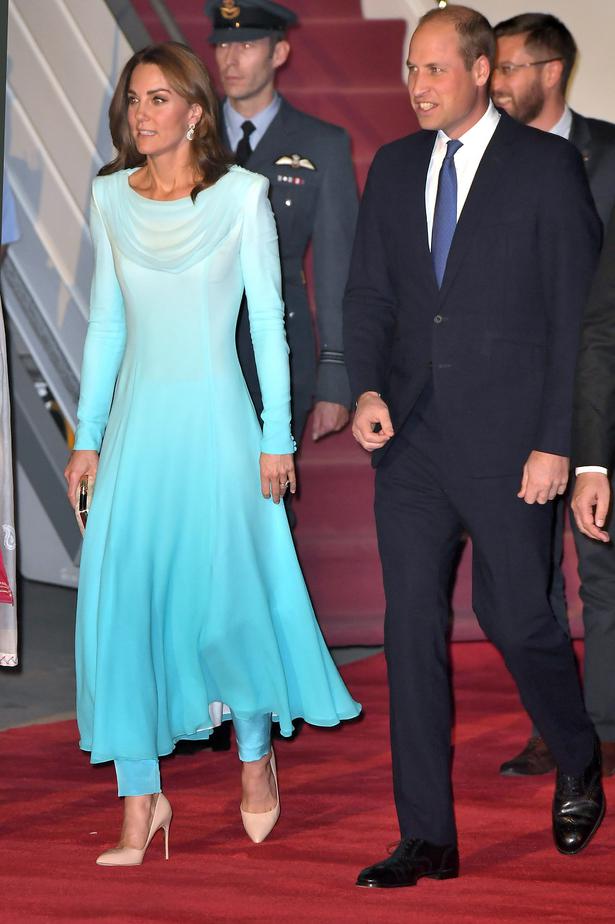 While it may be Catherine Walker’s name over the door, it is her widower, Said Cyrus, who has run the label since her death in 2010. But the business initially came about as a result of his gentle encouragement to Walker, whom he met shortly after her first husband died.

“When I met her, she was not in very good shape,” he tells me in his studio on the top floor of the Chelsea atelier, where he is showing me a project worked on with the Royal School of Needlework.

“I said, ‘You need to do something commercial to ground you. You won’t feel sorry for yourself because you’ll be too busy.’ She said, ‘Well, I can cook and I can sew.’ We started it as a therapy.”

After running up a line of children’s clothes, which she sold out of a box on the King’s Road, Walker and Cyrus, then a lecturer in design at Chelsea School of Art, soon found a niche offering a personal service to select clients. The most famous was Diana, Princess of Wales, who first wore Walker’s designs when she was expecting Prince William.

They soon forged a special relationship that saw Walker create some of the Princess’s most memorable looks, achieving a striking balance of glamour and diplomacy in creations that looked impeccable from every angle.

Walker designed the beautiful pale pink gown that Diana wore in Pakistan in 1991, with the same shawl allusion to the dupatta that was included in Kate’s arrival look. Another such design was a white gown embroidered with falcons worn by Diana in Saudi Arabia. “I remember that discussion with Catherine... we were trying to find some symbolism,” says Cyrus.

He is completely discreet when it comes to his relationship with both Diana and Kate. “When our clients visit us, they do so in the knowledge that any conversations we have will be private between us and them,” he explains. “But there’s an awful lot you can get from Getty images,” he adds, referring to the thousands of pictures showing Diana and Kate wearing Catherine Walker designs.

Cyrus tells me that once, when he was in search of a tailor, he rang up six possible people and asked them all who their clients were. Only one refused to divulge, and he got the commission.

For plenty of Catherine Walker clients, the research and discerning design that go into each creation, whether a royal commission or not, hold huge appeal. Cyrus tells me about a Sotheby’s auctioneer for whom he creates new outfits to be worn at high-profile sales, designing the look to coordinate with the painting.

Earlier on the day we meet, he had an appointment with a client whose husband has recently died. “She just wanted to have some beautiful dresses. I was able to chat to her, hold her hand. To have that kind of contact is so important.”

He is so fussy about getting the fit completely right that he has his own shoulder-pads made in Turin - it’s a level of service that explains how the Duchess’s Catherine Walker and Co looks this week have managed to be at once flattering and modest. 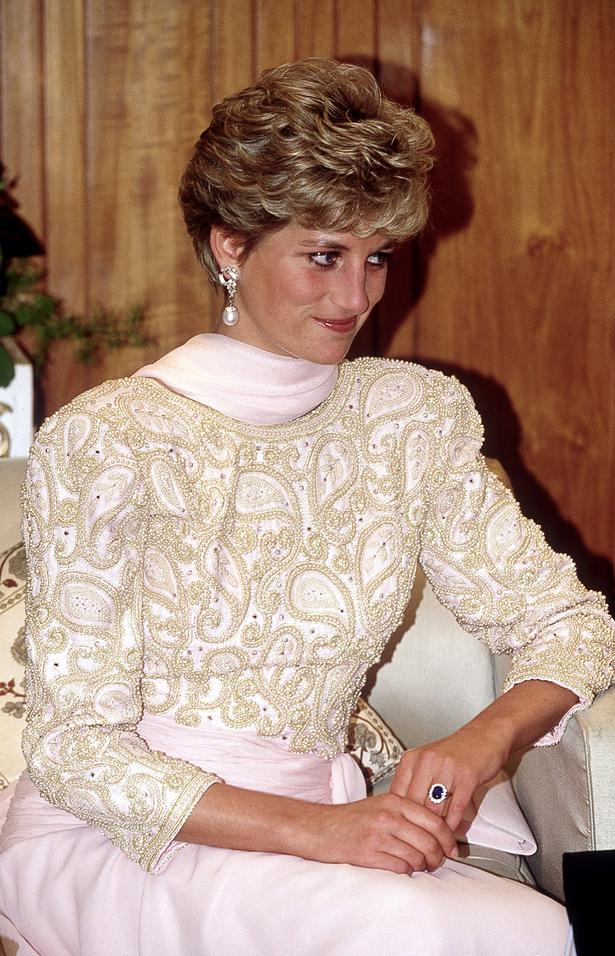 Cyrus has run the atelier in this way for more than 40 years, refusing all offers to expand in favour of retaining a team of 30 to cater to the needs of his customers. For the past two years, he has offered an e-couture service, which means he now has clients as far afield as Alaska. But he is concerned that the skills he depends upon to run his label are under threat, which is why he has decided to collaborate with the Royal School of Needlework.

“It’s a sad fact that embroidery is a dying art. There are small areas of the fashion industry like ours where it’s very important, so we wanted to support RSN, because that’s the cradle,” he says. “If we don’t support the industry, then it won’t support us. It’s very important to give something back to the educational side of things for the future.

“When we started, there was an embroidery company called Locks. They told us that we were giving them so much business that without us, they’d have folded. At some point in the Eighties, we gave them over £250,000 in a year. They said, ‘Thank God’.”

Cyrus visited the RSN at Hampton Court Palace, handpicking two students, Emile Donielaite and Rachel Burnett, to work at Catherine Walker and Co for two weeks and create a sample of a fit-and-flare dress with starburst embroideries for the autumn/winter collection.

“They sat there for two weeks, beading, beading, beading,” Cyrus recalls, laughing. “I said, ‘Aren’t you bored?’ They said, ‘No, no, we do this every day.’ ” He hopes this will be the first of many projects they work on together.

And what greater draw, for prospective embroiderers, than the chance to work on looks that might be worn by royalty?

Chanel in Paris
Princess Diana arrives at Orly airport in November 1988 for an official visit to France wearing Chanel, one of the country’s most famous fashion houses.

Pearls in Hong Kong
Princess Diana visited Hong Kong in November 1989, choosing a Catherine Walker dress for the occasion. The pearl beading honoured Hong Kong, which is known as the pearl of the Orient.

Modesty in Saudi Arabia
Diana chose a modest ensemble (another Catherine Walker design) to meet with the Saudi Arabian royal family in November 1986. She added crescent moon earrings, a nod to one of Islam’s most important symbols.

Sarong dress in Pakistan
During her visit in 1991, Princess Diana wore a custom Catherine Walker embroidered sarong-style dress (pictured above) as a tribute to traditional Pakistani clothing.