Nuns wield far more influence over fashion than you — or they — might imagine.

Audrey Hepburn in The Nun’s Story, Whoopi Goldberg in Sister Act, the whole 'How Do You Solve a Problem like Maria?' routine in The Sound of Music.

For years I thought it was just me who wanted to be a nun purely on sartorial grounds. I was five the first time I saw Julie Andrews twirling in her novice’s garb on that Austrian mountain, and she had me at the monochrome.

I wasn’t proud of this frivolous aspect of my character. But then I discovered that Coco Chanel was also deeply impressed by the disciplined minimalism of Christ’s brides. Her childhood in the orphanage in Aubazine in France’s Massif Central may have been bleak, but the nuns who raised and educated her there left an indelible mark on her taste, which in turn left an indelible mark on 20th- (and now 21st-) century style. 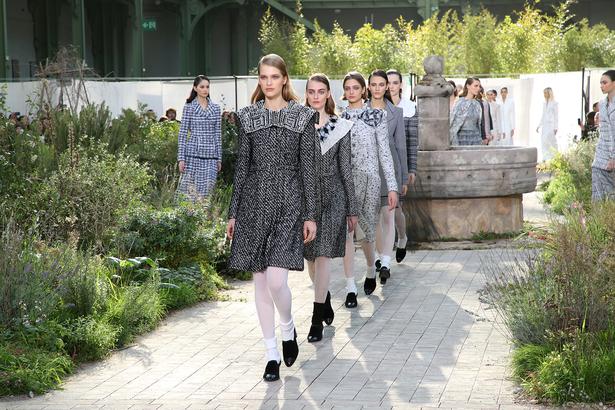 "Almost the entire collection was black and white or a combination of the two." Photo / Getty Images

Monochrome? Almost the entire collection was black and white or a combination of the two. Flecked tweed, Prince of Wales tweed, tweed with a hint of sparkle, tweed skirts with a top layer of net veiling... tweed in many permutations of classic Chanel tailoring, from collarless jackets and slim midi skirts to boxy dresses.

Prim white cotton blouses and dresses hinted at the chemises nuns wear under their habits. Subtle, same-colour embroideries and delicate lace trims evoked the skilled close-work that nuns did in the past, and may still do in some orders.

Viard also sidestepped the obvious pratfalls of a nun theme. There were no wimples — or anything much in the way of hair accessories — and no kitsch crucifixes. I’ll stick my neck out and say that the white tights all the models wore might be a tough sell, but then this is Chanel, and there are customers out there for everything bearing the double C monogram. 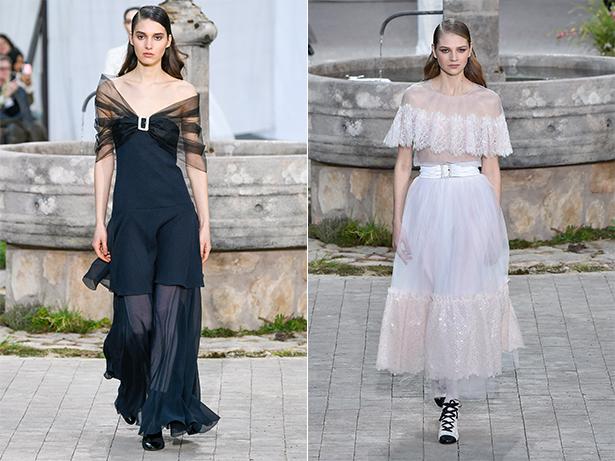 The clients come out in force at couture, in all their summery Chanel pastels and straw hats (it was freezing in that vast, unheatable glass-domed Palais, but you don’t get to be a billionaire by being weedy).

Whether or not they warm to Chanel’s stripped-back nouveau-pauvre vibe remains to be seen. But the beauty of paying tens of thousands for something is that you get to choose the fabrics and the colours and, if need be, can corrupt the whole spirit of the thing.

READ: Chanel After Karl Lagerfeld Is Looking Blah - Despite A Paris Runway Crasher

As for the set — wildly elaborate installations have become an integral plank of Chanel’s communication strategy, with previous memorable efforts including a Caribbean island, an airport and a rocket launch pad — and, yes, the rocket, fizzing flames from its rear, all but took off.

But this was a “simple” garden. Meticulously based on the planting in the Aubazine orphanage garden, Chanel’s gardeners had somehow managed to find flowering lavender in January. In its quiet, understated prettiness, it was the perfect backdrop to this collection.