The first handbag Roanne Jacobson ever made was stitched by hand in her New York apartment more than 20 years ago. The Saben founder and creative director was working as an artist in the Big Apple, where she’d become enamoured by the fashion district stores selling singular items, such as buttons or straps or embellishments.

Sporting her newly crafted number, an antidote to the unaffordable luxury handbags she coveted, Roanne proudly toted her debut design on a night out with a friend.

“Almost immediately she clocked the bag and said, would you like to borrow one of mine?” Roanne laughs. “Most people would have thought, well that was a fail. But something in me clicked.”

Armed with a desire to hone her design skills, she returned home to New Zealand to start a business. Two decades on, Saben is now a respected part of the New Zealand fashion landscape, Roanne’s leather bags are renowned for their iconic silhouettes and chic yet functional designs.

Saben has its own bricks and mortar stores in Newmarket and Ponsonby, while more than 80 stores throughout New Zealand stock Saben’s handbags, wallets, luggage and accessories, alongside stockists in Australia, including department store David Jones. 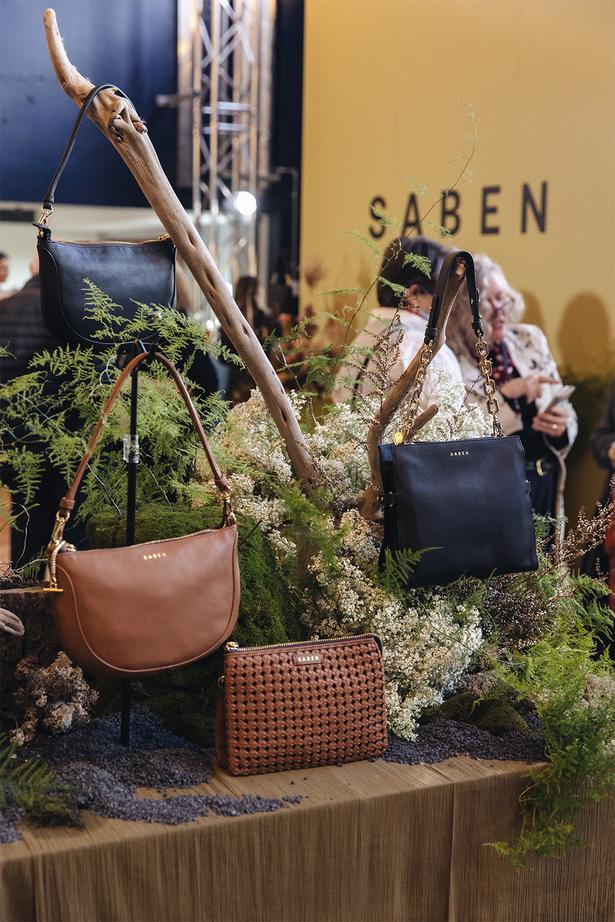 Saben is now celebrating 20 years in business, with a different promotion weekly throughout August, culminating with a big party in September. Roanne has just returned from Sydney where she launched Saben’s summer collection, Soul Sisters, inspired by traditional crafts, with woven-style braided leather and bags with blanket stitching.

You could say it’s a nod to her formative years with the brand, every detail meticulously thought through. There was a lot of trial and error back then, says Roanne, particularly in order to find good manufacturers and skilled craftspeople.

Over the years, these have shifted from a workshop in Mt Roskill, to factories in Bali and more recently, China, where Roanne collaborates with a Buddhist factory owner whose values she shares, and whose team of expert craftspeople has allowed her to grow the business to the scale it is today. 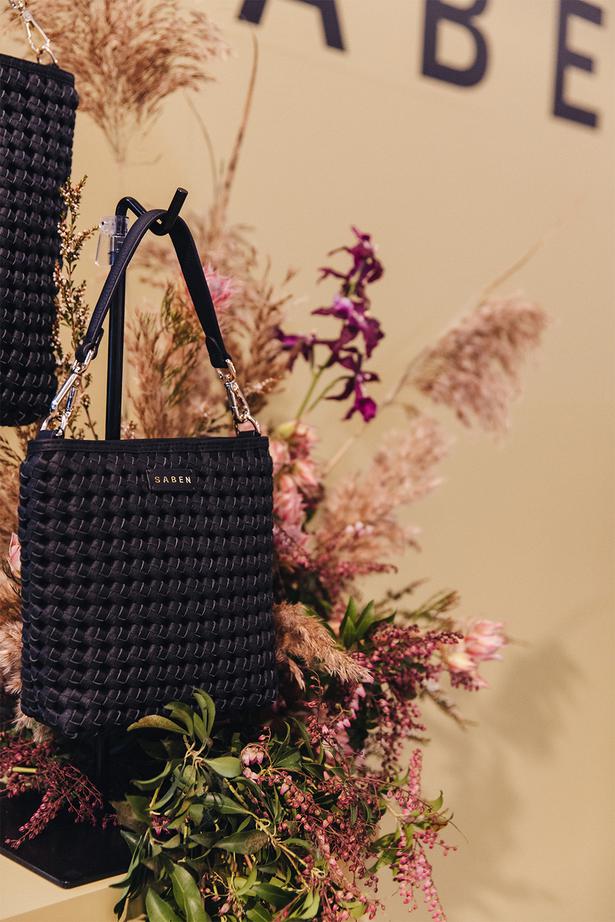 Reflecting on the personal attributes that have allowed Saben to reach this significant milestone, Roanne says she has always stuck to her guns.

As a former professional ballerina, Roanne had intimate knowledge of just how much stuff people need to elegantly carry around with them, so she set out to design bags to make this easier.

Travel was also extremely influential on her design aesthetic, with the popular Tilly collection and its big sister Matilda – and range of “wearable wallets” – stemming from the need to carry things close to the body, with ample room for multiple currencies, plus passport, phone and other important documents.

Roanne says she’s even altered the bags’ interiors over the years to accommodate the changing size of cellphones, the pockets strategically placed for easy answering.

Becoming a mother to her two boys – now aged 17 and 14 – also pressed upon her the importance of bags being stylish yet practical, the interchangeable straps on Saben bags allowing customers to make a personal touch to their purchase. “I feel like every experience I’ve had, from motherhood to being a travelling businesswoman has informed my understanding of what it is that we carry around,” says Roanne. “I don't walk out the door without considering, how I could have done this better?”

Creating something that gives its wearer a sense of feeling polished and empowered calls for a seamless design, eliminating what’s not needed, she adds.

“One of our brand pillars is that products are designed with intent,” she says. “It does what it's meant to do, and that is to control the chaos! I see our bags almost as talismans. We want our customers to know the confidence you feel when your prepared for anything”.

The new collaboration from Kelly Thompson and Saben

The illustrative work of clever Melbourne-based Kiwi Kelly Thompson is loved online, and has graced products and camp...