Sex & The City Is Back, But The World Has Changed — So Should The Clothes

Will Carrie hang up her Manolos? And how will the characters navigate style for midlife?

When I was a teenager, I assumed that growing up meant dressing just like the women from Sex and the City. I would religiously (and furtively because my parents didn’t approve) watch Carrie, Miranda, Charlotte and Samantha and assume that one day I too would wear tiny yellow hot-pants on a date and clinging Galliano dresses out to lunch.

Of course it didn’t turn out exactly that way. Even though I spent quite a bit of my thirties single, living in a big city and writing for newspapers, the thought of wearing stilettos to work — let alone to the supermarket or the airport like Carrie does — is exhausting.

But what I do try to emulate is the way early Sex and the City sends its characters around Manhattan in cheap vintage dresses with designer shoes, and in cotton T-shirts with expensive embroidered skirts or men’s shirts with brocade coats, thereby personifying “high-low” dressing before it was even a catchphrase. 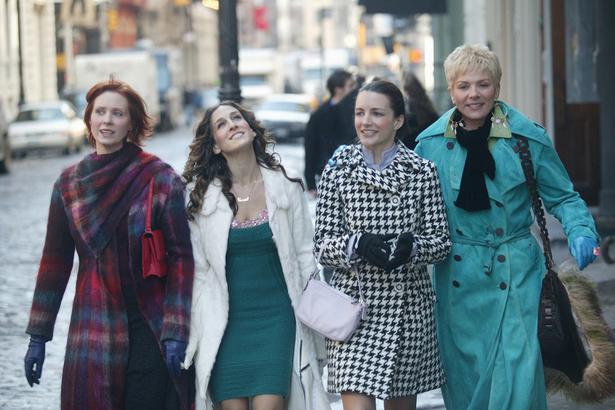 Now that the show is coming back, I hope costume designer Patricia Field — if she takes the job — revives that playful aesthetic rather than the one from the two films — the second of which I can hardly watch without covering my face with my hands in horror.

In the movies, the women are mostly in their mid-forties and yes they dress extravagantly in all the latest collections, but they are so drunk on luxury labels that some of the clever, New York styling is lost.

This new series, which is titled And Just Like That… and which will consist of 10 episodes featuring Sarah Jessica Parker, Cynthia Nixon, and Kristin Davis, has the chance to show the show’s fans what dressing well in your fifties can really look like.

Sadly Kim Catrall, who plays Samantha, has declined to return (will they write in a real-life rift? Send her character to another time zone? Kill her?) but the other three will be back roaming the streets of Manhattan in what I hope will be an updated wardrobe to reflect a new era.

The original series wasn’t an entirely realistic portrayal of how singletons in their thirties dress and nor does this one have to be entirely true to how married women in their fifties do.

But there was something a bit joyless about the two films, which were made in 2008 and 2010. 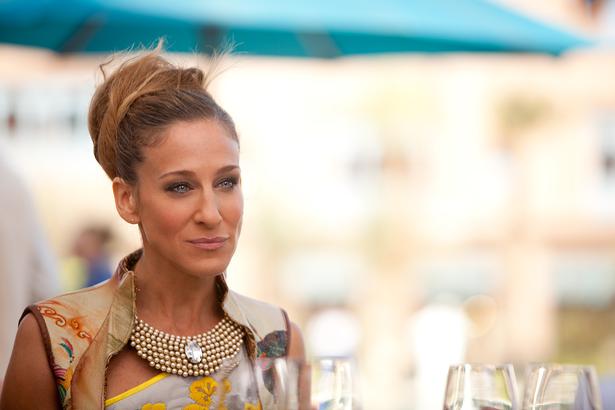 In them, the women talk about labels in a way they thankfully never talked about love — infatuated and high on the fairy tale, as if owning a Louis Vuitton bag was the key to eternal happiness.

I love fashion as much as anyone with my job title, but I don’t think it means having an obsession with £4000 accessories and dressing in head-to-toe in designer gear to get on an aeroplane.

Yes it’s escapism, but the television show was never like this. When, in season four, Carrie realises she has spent $40,000 on shoes but has nowhere to live, it was both a joke and a sign of the character’s flaws.

READ: Is Anna Wintour Too Big To Fail?

But in the films there is no sign of that self-awareness, and instead the four of them cavort in deserts and medinas in thousands of dollars worth of couture without ever blinking an eyelid.

After what has been a complicated decade for America in particular, that sort of blithe, money-obsessed view of fashion would really hit the wrong note if they revived it. By contrast, a fun, stylish reboot showing that women in their fifties can dress with just as much imagination and humour as they did two decades ago would be just the tonic we need.

For Carrie, I would love to see a return to those minimalist pieces Sarah Jessica Parker wore so well in the early series, but updated. I think one of her best outfits comes in the second season when, fresh from breaking up with a writer played by Justin Theroux, she stumbles upon her friends while wearing a simple stretchy grey dress with aviators and loose hair. 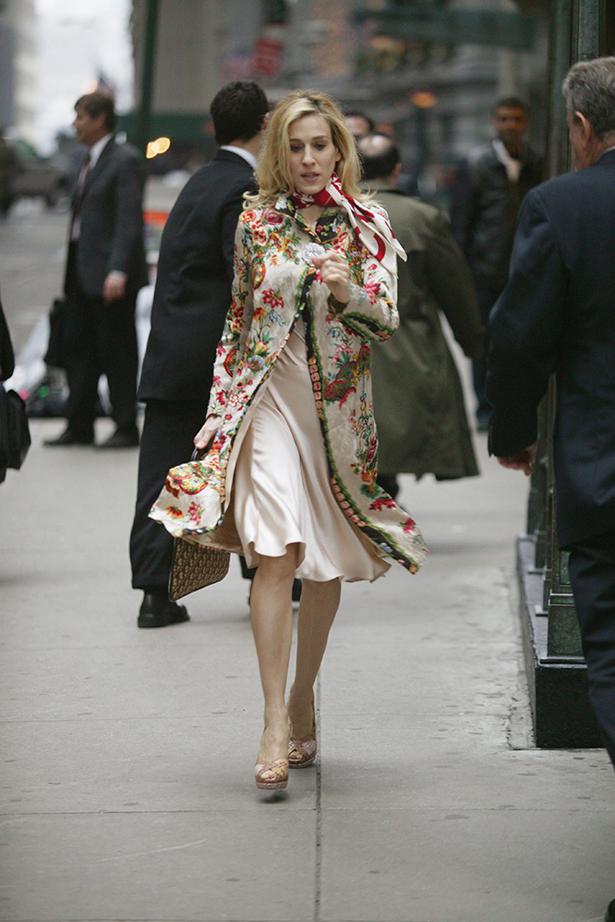 It is the sort of dress that Galvan makes in summer, but it also makes me think she would look great in Alessandra Rich in winter, as both sell tailored pieces that would work with Carrie’s form-fitting aesthetic, while also having longer hemlines to match modern trends and her new mid-life wardrobe.

Reformation also does a good line in slip dresses that could be jazzed up with an extravagant coat, or paired with a simple pair of sunglasses.

Another significant Carrie look is her love of florals: floral dresses, floral skirts, floral boob tubes and even flowers in her hair. Ganni’s ruffled flower print dresses are very 2021 but also very Sarah Jessica Parker, and while Rixo tends to make clothes in slightly looser silhouettes than the Carrie of old would have picked, meaning they could be a great brand to show her transition into a new decade.

When it comes to Miranda, most of us have a love-hate relationship with her clothes. The styling for Cynthia Nixon’s character changed more than any of the others over the course of the series, moving from oversized dungarees, caps and bulky suits, into ultra polished Gucci logoed fashion lover (and occasionally victim).

Perhaps for this new season they could strike a happy note in the middle? Let’s see Nixon in some beautifully cut tailored pieces from The Row rather than either the dodgy trouser suits of her early years, or the oversized accessories that never really fitted her character in the films.

She’d look fantastic in a Simone Rocha cape with a simple shirt underneath, or in a pair of Zimmermann print trousers with a jumper, flat shoes and simple hoops. 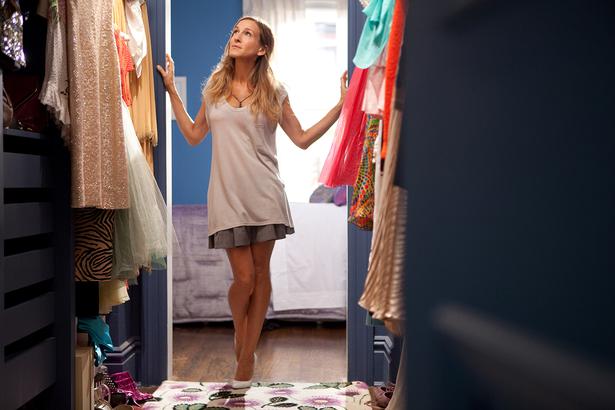 Costume designer Patricia Field was at the helm of the 'Sex and the City' wardrobe. Photo / Supplied

With Kristen Davies, Field has a slightly easier job than she does with the other two. Her pretty, preppy style never changed much over the years, and it would be an easy update to take her from Park Avenue princess to the luxe eco-warrior she would surely be today.

There’s no doubt that Charlotte York would be an acolyte of Gabriela Hearst (who, aptly, already designs for New York’s 1 per cent) but she’d also look great in knits by Loro Piana, paired with a pair of navy trousers, or in other stealth luxe labels by the likes of Rosanna Getty and Brunello Cuccinelli.

But the biggest question of all is what they do about the shoes. For years, Sex and the City fed us the line that to be a glossy Manhattanite was to wear skyscraper stilettos to every occasion.

Thanks to Patricia Field and Sarah Jessica Parker, vertiginous heels became bywords for sex and power and remained so until the footwear revolution of the past few years.

Now we have done a full 180, and there are more trainers, battered Dr Martens and Birkenstocks than heels of any height at fashion week. I’d love to see Carrie in a pair of Bottega Veneta biker boots — but is Patricia Field brave enough to really reflect this new comfort-first decade and have Carrie hang up her Manolos? I hope so.