South Korea is making waves in the West The fashion world loves nothing more than a new economic and cultural hotspot, and this year, Seoul has become something of a destination for the international style-seeker. In May, Karl Lagerfeld brought his primary pop-coloured Chanel resort collection to the city, bringing with him global editors, tastemakers and celebrities to the show at the extraordinary Zaha Hadid-designed DDP, a convention centre that, aesthetically, has quite a bit in common with the Death Star.

At the end of June, Dior set its stake on the city’s Cheongdam-dong, opening one of its biggest stores on a strip of street already gleaming with European luxury behemoths (neighbours include Louis Vuitton, Prada and Burberry). The six-storey Dior store glories in being worked on by two superstar architects, Pritzker Prize-winner Christian de Portzamparc did the outside — notable for its petal-like white sail structure (inspired by the label’s couture tailoring) while Peter Marino did the molten interior.

The rooftop penthouse above the floors of fine jewellery, fur-carpeted private VIP fitting rooms, ready to wear, accessories and exhibition space (currently showing Asian artists’ reinterpretations of the Lady Dior handbag) is a Pierre Herme-operated cafe, where the well-to-do of Seoul can relax with a fragrant Parisian tea and decadent pastry.

Nearby there are a host of concept stores (Seoul loves a concept store, if you can’t drink, eat, buy a niche magazine, get your nails done, and peruse the hottest designers from across the globe, then you’re just not shopping), including Boon The Shop, Rare Market and Space Mue which all house an impressively provocative and daring selection of pieces from edgy designers Christopher Kane, Mary Katrantzou and Proenza Schouler, as well as established superbrands like Celine, Saint Laurent and Burberry.

With China’s economy slowing, Seoul is increasingly viewed as the burgeoning fashion market in Asia; it is, after all, the fourth-fastest growing luxury goods economy after India, China and Hong Kong. Crucially, while it may not wield the biggest financial might (its luxury market is estimated to be worth $10.6 billion to China’s $18.5 billion), it has something perhaps more valuable — cool credibility.

It’s where Chinese and Japanese shoppers head for their city breaks, it’s the home of the hugely influential K-pop mania (Korean pop music is so beloved here, they blast it out of speakers on the street), it is the maker of the most influential TV soaps in Asia and sets its stall out as the leading arbiter of Asian taste. 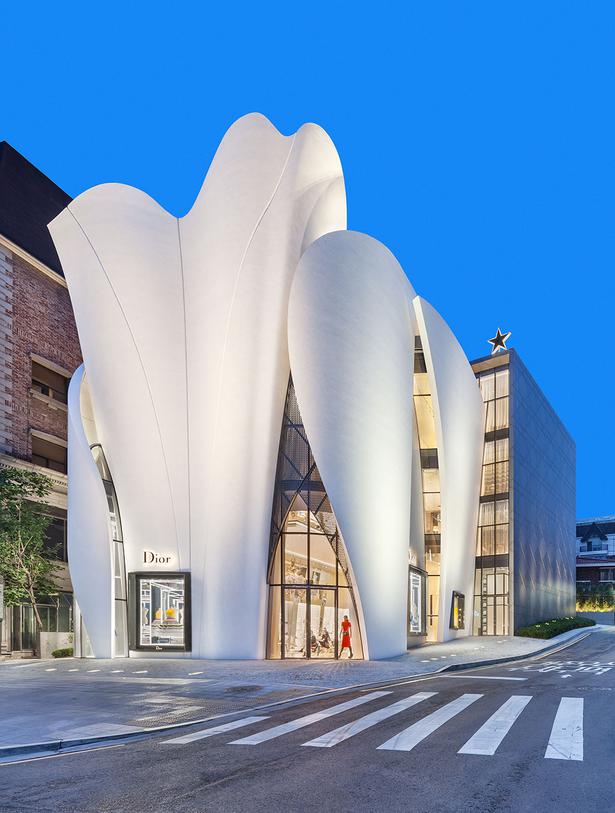 What these TV and pop stars wear, sells. Last year, when Korean actress Jun Ji-hyun wore a pair of Jimmy Choo Abel court shoes in the TV show My Love From The Star, the response was so strong they had to reorder thousands of extra pairs to cope with the demand.

But most interestingly, it’s emerging as a two-way street, with Korean fashion and beauty brands filtering through to us. In October, at Hera Seoul Fashion Week, the organisers brought over European and American press and buyers to the shows. Kuho Jung, the Prada sporting executive director at Seoul Fashion Week, explained though the event has been going for 15 years, “nobody knows about it outside of Korea. It’s about time we expose ourselves.”

The week opened with a retrospective exhibition, marking the 50-year career of Paris Fashion Week designer (and Seoul native) Jin Teok, who also features in the current Korea Now exhibition at Les Arts Decoratif in Paris. Her fellow matriarch of Seoul fashion, Madam Woo, creative director of respected menswear labels Solid Homme and Wooyoungmi, later in the week hosted the launch of her Mr Porter collaboration at her five-floor store in the hip Gangnam-gu district (made famous by K-Pop star Psy’s global hit Gangnam Style, which extolled the area’s cool style credentials).

“Koreans are fearless when it comes to trying new things. New trends come in very quickly. The young generation are really sensitive to them. It’s easy to see a young boy who wears the trend in a really fantastic way, but they are still in the process of finding their individuality. If they like a K-Pop look they will wear that exact look. But everything happens very quickly. As soon as it’s on the internet it’s a thing,” says Madam Woo.

Fast adoption and discarding trends is the key part of Korean fashion. Koreans see a look online, adopt it and then move onto the next style crush. There’s even a 24-hour fast-fashion designated area (Dongdaemun, where there are 27 malls full of fashion open day and night). Take in a picture of your favourite star and they will knock up her dress overnight.

The designers showing at Seoul Fashion Week are a mix of established and emerging talent, all largely unknown outside Asia. The brands are mostly contemporary (i.e. not that luxury/expensive) and the trends are very focused on street wear — think distressed denim, Nineties slip dresses, slogan tops and baseball jackets.

The big ticket shows are Seoul’s answer to Topshop, Lucky Chouette, Rocket X Lunch, Low Classic, Push Button and Kye. Their cool, fun, light-hearted formulas could easily do well here. As with all fashion weeks, there is almost more style drama outside than on the catwalks. Trended-up toddlers totter in front of the street-style photographers, and teens hang out in matching “twin” outfits, sometimes in trios or even quartets.

Matchesfashion.com’s buying director Natalie Kingham travelled to Seoul Fashion Week, encouraged by the fact that Korea is the online retailer’s third biggest market after Britain and US.

“It feels very cosmopolitan. The people on the street are really up on their game with what they’re wearing and there’s a huge amount of design potential here.” Net-a-porter.com has been stocking cult Seoul-based streetwear brand (cool denim and sweatshirts) Stevie J and Yoni P (SJYP) since the beginning of this year. Its buyer, Linda Ayepee, explains she has seen “incredible” homegrown talent.

Regina Pyo, part of a handful of Korean designers based in London who show at London Fashion Week, describes the Seoul aesthetic as “laid-back, not trying too hard. Seoul fashion is very casual, you can wear a sweatshirt to work, jeans to a wedding. They don’t really do smart-occasion wear.”

Korean beauty brands are making big waves in the West too. At British-based online retailer Beautymart.com, Korean beauty brands, due to their being scientifically and technically ahead of the game, are their best-selling cateogory.

Founder Millie Kendall explains that, “the Korean Government has really invested in research and development”. The big beauty product trend is sheet masks (the most kitsch come with animal face designs on them). Anna-Marie Solowijj, also co-founder of Beautymart, says: “The products look completely different, cute packaging, unexpected format, strange ingredients, odd names, in others words: totally compelling.” How very Korean: watch out for the city’s influence on an outfit near you soon.