Natasha Ovely, the self-taught designer behind Auckland-based label Starving Artists Fund, is building a community with her clothing Fashion loves a buzzword, usually ending in three letters: I, T, Y. Authenticity, integrity, diversity and sustainability are all bandied about with abandon today, and ironically sometimes the people least keen on labelling themselves as such are embodying these values the most.

Natasha Ovely, the self-taught designer behind Auckland-based label Starving Artists Fund, is a driving force within the industry’s (much-needed) movement toward prioritising diversity and inclusion, however in her eyes it’s not exactly a radical concept. “I’ve always said: diversity, to me, is just a reflection of reality.”

Born in India, Natasha has experienced life in many different settings and cultures including Saudi Arabia, Dubai, New Zealand and Europe. 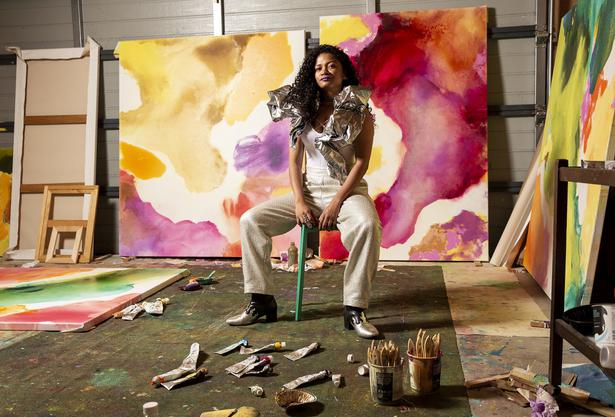 “The process of my creative work is often therapeutic and confronting,” says Natasha. Photo / Babiche Martens

As a result, she understands what it’s like as a person to exist in intersections. Since starting Starving Artists Fund in 2018, it’s been important to her to foster space for people to express themselves fully and she creates clothing as a vehicle to build a community that upholds the values she holds dear.

“The process of my creative work is often therapeutic and confronting,” says Natasha. “My priorities may register as idealistic and a little naive, which is something I’ve grown comfortable with. Intuitive making and concept-driven attempts at originality and social commentary are my main drivers.”

Natasha likes to make room for ambiguity; whether in terms of race, culture or sexuality, she’s trying to create a space where that becomes more of the norm.

“[Where] you’re able to play around and explore what different types of clothing make you feel formidable enough to take on. I know that I don’t make clothes that are necessarily everyday wear but I like to create things that make people feel like they have to own their identity in some way. It’s not exactly for the faint-hearted, so when you put it on, you have to own everything about you.” 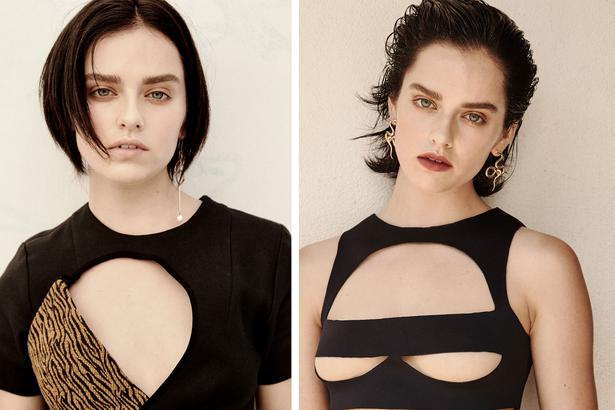 Since its inception, the brand has been gender neutral and size-inclusive, with pieces created in small runs or as one-offs.

Natasha’s most recent collection, shown at New Zealand Fashion Week 2019, revolved around this notion of identity as experienced by both the individual and the outsider. Titled ‘Where are you from? Where are you really from?’ it was initially born out of defiance from a comment asking why Natasha’s work didn’t reference her “cultural roots” more. “I found that pretty offensive, to be honest, because it’s not something I think you’d say to a white designer, ever,” says Natasha. “To be creative is basically freedom. You’ve got the freedom to address whatever you want. You don’t have to be tied down to your racial identity.”

Comprising of sculptural shapes and textured fabrics, some of the stand-out pieces of ‘Where are you from? Where are you really from?’ were crafted using pre-pleated fabric — a subversive nod to the act of freshly pleating a sari in Indian clothing. “The pre-pleating was like a two-minute noodle-version of that, which is very me,” laughs Natasha. “The whole feeling of being a knock-off version of what an actual Indian or Kiwi, or whatever, is supposed to be.”

Natasha’s go-to design technique is intuitive and quite chaotic-sounding but she’s learning to make it work for her. “I’m a huge procrastinator and a massive over-thinker,” she says, good-humouredly, “But by this point I’ve kind of gotten comfortable with my process.” 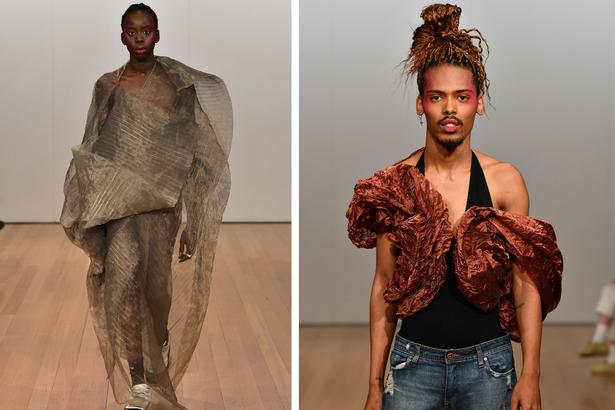 She describes it as “months of procrastinating so hard it’s actually crippling” but once she’s in the studio, she becomes deeply focused on the physical act of making the garment. When it’s created, Natasha often finds the elements she’s been ruminating over in her head have found their way into the clothing just as she visualised.

Balancing creative freedom with commercial viability is something that every artist and designer has to contend with, and Natasha knows where she stands on this point, prioritising staying true to her values — personally and creatively — even if it means something could be less likely to sell.

“It’s probably my background but I have a view that being able to do creative work is the height of privilege,” she says, “so I’m not really moved to compromise on the actual creativity to make it sell.” She’d rather make her bread-and-butter money from “side hustles” (she works in a bar 30 hours a week) and stay true to her original vision — sometimes to an extreme end of the scale.

“I made the decision not to put my last collection up for sale, because a lot of my thought process was around racism and trying to tackle this big topic which has affected me in a big way throughout my life,” she says. Rather than profit from it, which makes her feel uncomfortable, Natasha is considering other ways of getting it out in the world like loaning.

This year, Natasha is excited to collaborate with like-minded people on special projects and is keen to branch out into accessories as well as creating custom looks for clients.

“I feel weirdly pretty confident about the year, which is strange for me,” she laughs, “So that’s a good sign, right?” 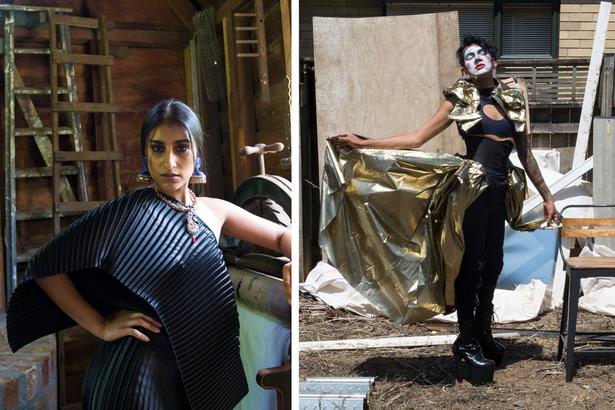 Since its inception, the brand has been gender neutral and size-inclusive. Photos / Supplied

Expanding the Starving Artists Fund community with free events:
“I want to do a lot more free public events this year where people can actually be involved in the brand, because one thing that’s always bothered me in terms of trying to be an inclusive brand - when it comes to affordability it definitely isn’t.

I couldn’t afford to buy the clothes that I make and that’s always bothered me. I’ve tried to come up with ways to tackle that, but because of the nature of the design — everything’s ethically done and sourced responsibly — it’s not possible at this time for me to make it more affordable.

So, I want to increase that accessibility anyway, give people a chance to be involved in the brand, try on the clothes and do something where they can be involved without having to actually be able to afford the clothing.”

These Emerging (And Ethical) Local Designers Belong On Your Fashion Watchlist

If you're a fan of independent brands with a sustainable point of view, these are the designers to have on your radar