The 30-year-old has amassed an impressive portfolio as a street-style photographer since officially starting in 2013, documenting fashion and putting the spotlight on true, individual and original style, shooting everyone from fashion editors in between shows to celebrities on the red carpet.

The genre has given him the opportunity to segue into other areas of photography too. Next season, Dan’s work with Marks & Spencer will be released, and he’s recently shot for e-commerce giant Net-a-Porter. In 2015, Dan also photographed a cover story for Viva in Paris to mark the opening of Dior’s Queen Street store and another cover story for Viva’s music issue with Kiwi model Lili Sumner.

When he’s not shooting the international show circuit for Vogue.com, Dan enjoys connecting back with the industry in New Zealand. Here, he shares his thoughts on the future of street style and how he plans to mentor the next generation of photographers during Fashion Week. Can you give us a brief synopsis of how you began your career and how it gained momentum?
It all really kicked off during Australian Fashion Week in Sydney. This was April, 2013. I made sure to meet the right people that week. Then in September of the same year, I found myself on a plane heading to Europe to start my career internationally. Momentum has come at different stages, but I think in the last two years since really focusing on having a particular angle or voice, things have really gone up a gear.

Tell us about growing up in Auckland. Have you always been a creative person and when did your passion for photography begin?
I grew up in Devonport, in what felt like an endless summer thinking back on it. I come from a creative family: an architect and landscape architect for parents, and a theatre director and cinematographer for siblings. So the creativity has always been there. Photography started in my teens after getting an old film camera from my sister.

Which photographers do you look up to?
Jamie Hawkesworth and Chloé Le Drezen, to name just a few from a rather long list!

Your work has taken you all over the world. What have been some memorable highlights?
Going to Mexico for a job earlier this year was definitely a highlight, but I’m just lucky to have the opportunity to spend a lot of time in both Paris and New York and really get under the skin of these two great cities.

When it comes to photographing the street-style beat in particular, what do you look out for?
Firstly it’s all about the outfit. You have to know what’s going on in the industry at any given time so you have an informed eye about what to look for. I’m also very aware of my surroundings, wherever I am. Some of the best street-style images are created because of the environment, and happen in seconds, so you have to be ready. I’m constantly trying to challenge myself to take photos that I haven’t before.

Who are you shooting for these days? And what do you enjoy the most about the variety your work gives you?
I’m rather lucky that I get to work with some of the biggest names in the industry. A few clients I’ve been working with this year are Net-A-Porter, Vogue US, Chloé, and I just shot the Marks & Spencer winter campaign which drops in September. The variety is great, one day I could be on a beach in Mexico and then the next, on the streets of Paris. I’m always faced with new challenges on different shoots, which keeps me on my toes and things interesting. 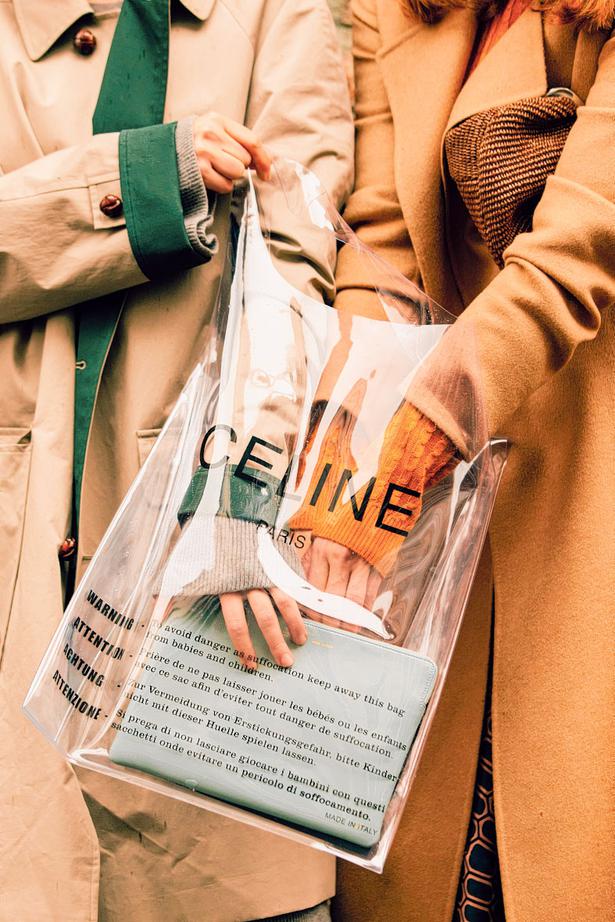 How has the street-style landscape changed from when you first began? Is it still relevant?
It’s now a big, commercial beast. It can definitely be frustrating standing outside a particular show and then most people show up head-to-toe in that brand. It takes away from the excitement and individuality. It’s still relevant, but it caters more to the commercial side of the industry.

How do you find living in Melbourne? What’s it like coming home after weeks of travelling?
Melbourne is an amazing city. I think after travelling to so many places around the world and seeing how people live elsewhere it’s made me really appreciate our little corner of the world down here in Australia and New Zealand. It’s special, that’s for sure! It can be a little isolating travelling and working non-stop for months on end, so coming back home and seeing my friends, heading down the coast for a surf and taking some time off is an important part of the process.

What are your plans while you are back home for New Zealand Fashion Week?
I’m really excited to be coming back and working in a mentoring role for some up-and-coming photographers throughout the week. Having come from a self-taught background, I know how important it is to have mentors while trying to navigate through a career in this industry.

Why does the time feel right to now share some knowledge and mentor those up-and-comers?
I’ve always wanted to try and give back to the New Zealand industry in some way, and I think now after having navigated my way through a local industry and onto the international stage I’m in a position where I can. Taking an amazing photo is only the first step, the actual work is getting that photo seen by the right people.

What do you enjoy the most about coming home?
Seeing my family and friends, catching up with a few people in the industry and seeing what’s new on the Auckland scene. Catching one of my sister’s shows at Silo Theatre. Jelly Tip icecreams.

Who are some of your favourite people to shoot and why?
Alex Carl, Annina Mislin, Brie Welch, Giedre Dukauskaite, Ana Gimeno Brugada and Pernille Teisbaek. I’m generally drawn towards stylists. Personal style, proportion, tones and individuality are key elements in my eyes. How would you describe New Zealand style and what do you think about it?
I grew up wearing avant-garde brands like Zambesi, and I’ll always be interested to see what they’re producing. I’ve been lucky enough to become good friends with designer Georgia Currie [of Georgia Alice] over the last few years and it’s been amazing to see her grow. I’m also always interested to see what label Wynn Hamlyn and jewellery designer Jasmin Sparrow are up to.This week I’m really looking forward to seeing some up-and-coming talent on show.

You’re one of the best dressed street-style photographers out there. How has your personal style evolved?
I just try to wear what I’m comfortable in. I’m constantly looking at how people wear clothes for my job, and with all that exposure I just pick up new ideas every now and again. I try not to jump on trends every five seconds when they come about. I just do my own thing.

What does individual style mean to you?
I see people wear the same things all the time, but there are only a few who actually dress with individual style, and it makes all the difference. I think great clothes are one thing, but it takes a personality to match to really make it a full package. Just picture a Wes Anderson character…

What advice would you give someone coming through the ranks wanting to pursue a career in photography?
You have to spend a lot of time looking at photos, taking photos and thinking about photos in order to really build your own style and get to a point where you have a voice with something to say in the industry.

6 Outfits To Take You From Runway To Real Life

New Zealand-born, Melbourne-based designer and illustrator Kelly Thompson shares her tips for getting through this year's fashi...