BIG APPLE ENERGY
New York city’s electric energy was particularly visible on the catwalks of a newer generation of brands like Collina Strada that are shaking up things in a city not usually known for avant-garde fashion.

READ: How A New Generation Of Designers Is Redefining The Narrative At NYFW

At Area, designers Beckett Fogg and Piotrek Panszczyk showed a magnificent all-white trouser suit with an oversized jacket draped in fine chains and another with sequinned shoulders, plus a stand-away golden cage-cloak over a white mini dress. Along with Pyer Moss, whose oversized silk tailoring was the ultimate in easy, edgy dressing, new New York style is making waves at last. 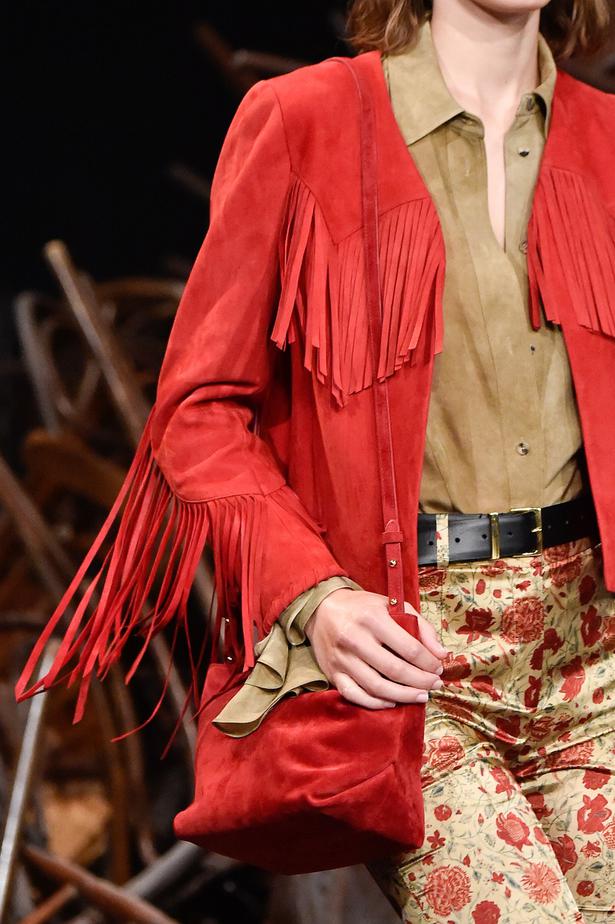 SALOON STYLE
A cultural crossover between hip-hop and country, “Saloon Gal” style is perfect for summer holidays. Jason Wu’s unfinished seams and scrunched up roses over bosoms summed up the look, plus a black lacy bloomer set and white, nightie-style dresses at Self Portrait.

READ: 5 Boot Trends To Try, From Combat To Cowboy

At Khaite there was a whole section of chic, closely fitted frocks with snug sleeves and pretty off-the-shoulder necklines, and a sheer button-through version of this look, too. Elsewhere we saw a touch of cowboy grit at LaQuan Smith, where girls wore cowboy hats and sequins at the label currently under the close tutelage of Carine Roitfeld. 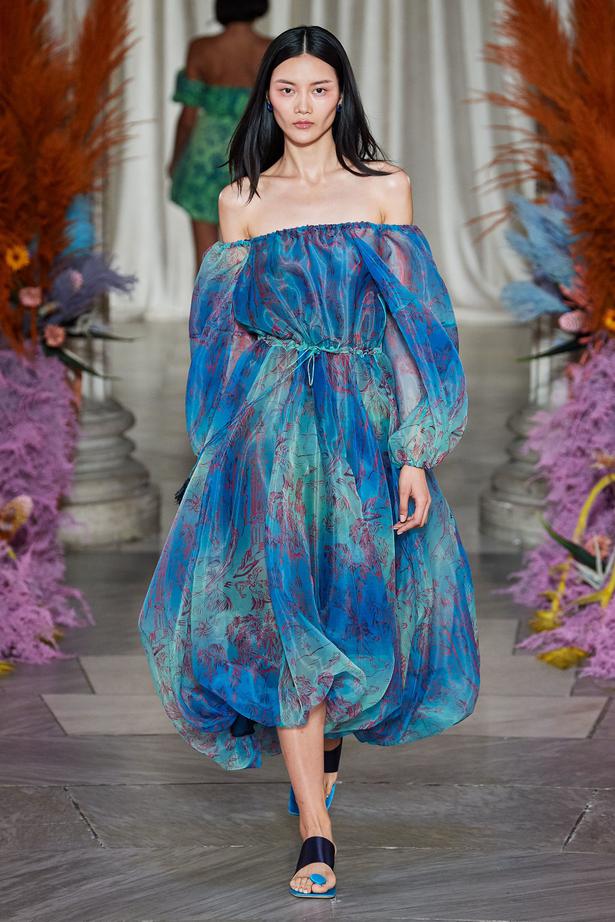 EVENING ALL DAY
Long gowns and evening fabrics turned up in delightful daywear at Staud, Prabal Gurung and Carolina Herrera. Millennials have embraced long gowns for all hours of the day and night, party or casual or work.

In New York, throughout the summer months it’s not unusual to see the fashion equivalent of Little Bo Peep or any of the March sisters heading out for a day at the office (more on which below). Saving things for “best” is silly, is their mantra. It’s worth investigating as a clothing concept from time to time. 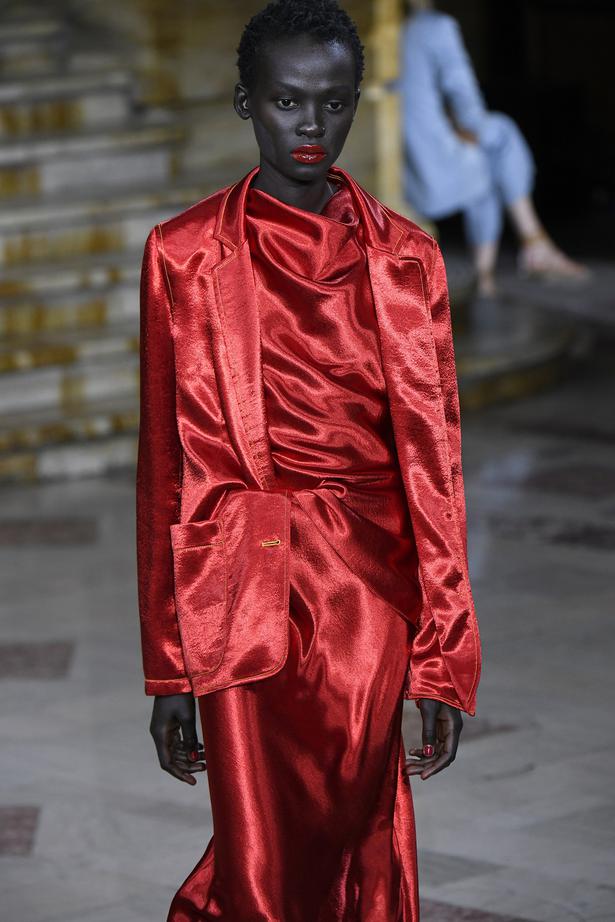 COLOURING IN
Vivid primary-coloured satin was a hot favourite everywhere, but particularly at Pyer Moss, Ralph Lauren, Staud and Sies Marjan, where dresses in draped satin were truly gorgeous and a long-sleeved satin frock with a fitted form in a darker shade of navy was immediately shoppable. This is where New York designers excel. 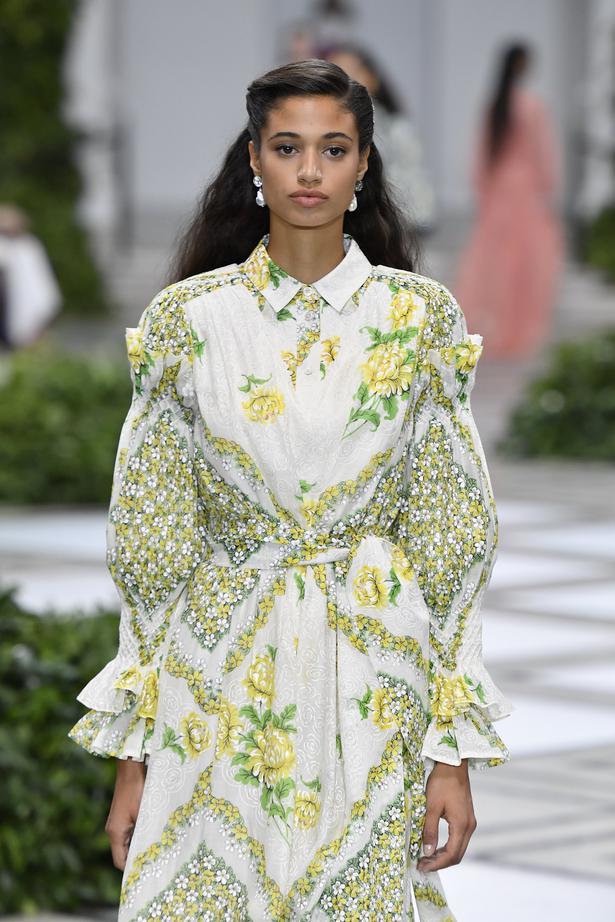 PRETTY PRINCESSES
Sounds more twee than it’s supposed to, but starting with the New York princesses subtly celebrated at Kate Spade, to Tory Burch and her homage to young Diana Spencer, there was something rather lovely going on.

Along with Tory Burch and Wes Gordon of Carolina Herrera — a favourite designer of the Duchess of Sussex — Glass was one of few designers to touch on florals this time. Tory Burch chose tea rose prints and in her show notes mentioned the “restrained volume” on show. How princess-like is that for a dressing concept? POWER POLISH
Models appeared well groomed in this round of shows, something mystifyingly absent from many previous spring/summer seasons in New York. Ratty natural hair, roughly chopped then greased up before hitting the runway, was replaced by sleek tresses at Christian Siriano and deep side partings at Longchamp, for example.

Everywhere, though, effort had clearly been made and there were lessons for those of us who may fall back too heavily on a more “natural” (read: minimal effort) look. Top of the hairstyle list was the Jackie O baby bouffant at Veronica Beard. 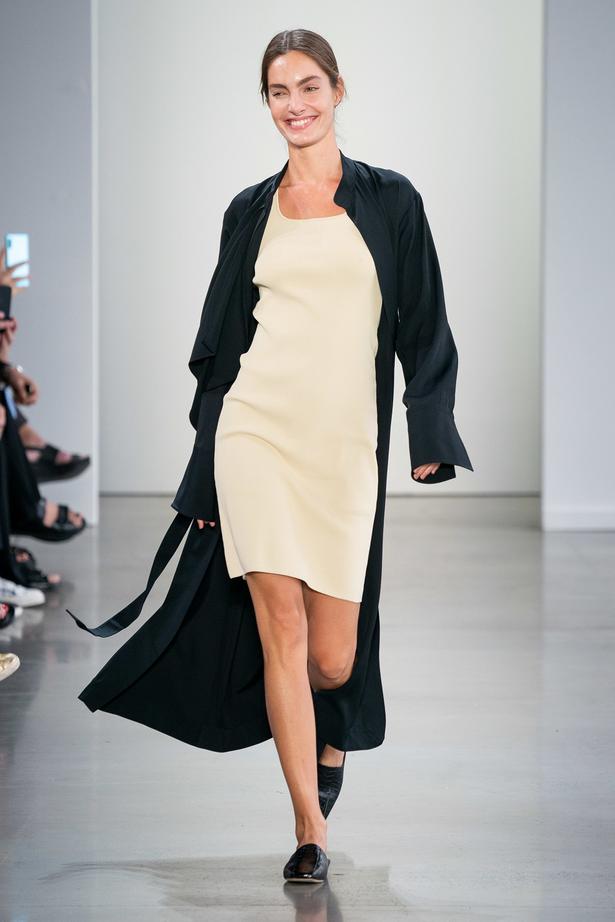 SOFT TAILORING
At Longchamp, a red leather mini dress in a classic tailored shape made hearts melt. Full-sleeved shirts and sheer fabrics in traditional silhouettes were made sporty with sock trainers to the knee and shorts instead of office-appropriate trousers.

READ: Executive Realness: Why Tailoring Is One Trend To Watch

At Tibi, strong shapes in head-turning shades made work dressing look easy. The signature zip-up element adds a casual touch and roomy, easy cuts definitely work best for summer. We saw this worked up with funkier cut-out elements at Adeam and in a softened way at newcomers Deveaux.

In its first NYFW show, the brand delivered oversized jackets and softly draped and pleated khaki-to-cream shades of jersey and comfortable yet elegant fabrics. Models of all ages looked as happy to wear these pieces as we would be. 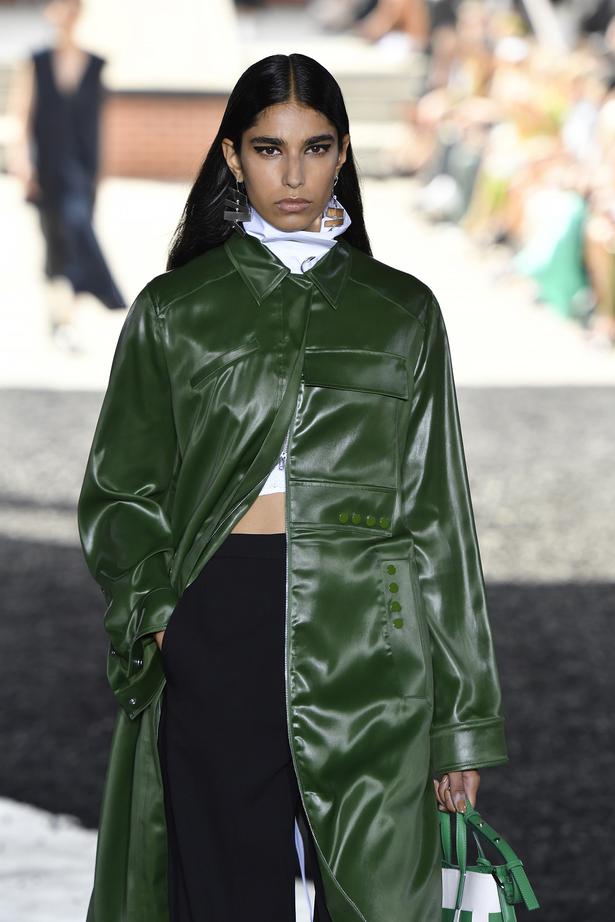 WINTER IN SUMMER
Who doesn’t love the sophisticated covered-up comfort of a cashmere rollneck and a great coat? At The Row, the Olsen twins played it almost too safe this time with a selection of coats, sweaters and layers that felt warm to look at despite their cool, neutral colours.

READ: Brandon Maxwell's NYFW Show Is A Reminder Of How Fun & Welcoming Fashion Can Be

As global weather patterns change, interseasonal dressing has become more important to us all. Somehow the seasonal wardrobe swap pile is getting smaller year by year and if you travel for work, you’re going to need a jacket in July in, say, Copenhagen.

This concept was present at 3.1 Phillip Lim in his utilitarian-based boys and girls collection, which even featured the odd leather shawl. At Tibi, Amy Smilovic, its creative director, showed beautiful summer cashmere. “It’s so light,” she told me after the show. “We have to think about climate and find fabrics that are not only sustainably sourced but wearable through different temperatures.” 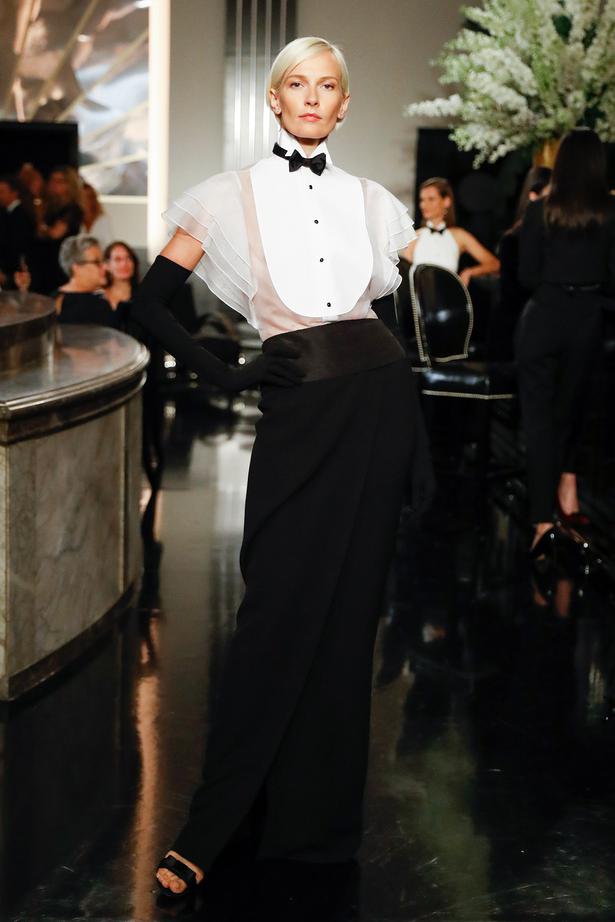 TUX TUTORIAL WITH CATE BLANCHETT
Tuxedos ruled at Ralph Lauren, whose show was an ode to this evening-wear classic. Looking cooler than ice on the outside but warm as a cheesy potato on the inside, Mr Lauren’s special guest, Cate Blanchett, shared a few secrets of special-event dressing before the show.

READ: Why We Continue To Love The Tuxedo

The star’s simple rules are chunky jewellery — in the form of a huge, sculpted gold ring, “A gift from my husband”, and classic pearl earrings — and heels: “They really give you something — height!” she laughed. Clad in a custom Ralph Lauren all-in-one tux with a frock-coat element and wide pants, she said: “I love easy things that can go from day to night. The Ralph Lauren team combined a tux and a onesie for me, my two favourite things, so they had me at hello.”