Athleisurewear straddles the boundaries between workout, work and wherever with surprising elasticity

Everywhere there are lots of bodycon shorts. No less a uniform of the deshabille and dashing out, no more a phenomenon than miniskirts or sequined frocks, they are distantly gauche but have gone high-fashion, having navigated the nebulous plane between tights and "real pants", only to come out stronger, stretchier, more flattering.

In the early 2000s, Juicy Couture was a principal proponent of this kind of easy, boundless clothing. Luscious, fitted and Swarovski-studded, its velour tracksuits weren’t hyper-elevated fashion, but they were “a look”, in the way that something permissible can telegraph a kind of willful, devil-may-care glamour.

“Instead of urban athletics,” wrote Rachel Syme, for The New Yorker, “the brand suggested a certain kind of pampered abandonment. It was the look of always being cozy on a transcontinental flight” or of quickly nipping to get “orange juice in your parents’ SUV.” More than anything, these were clothes that communicated a proximity to a lifestyle. “If you wore tight chartreuse pants with ‘Juicy’ bedazzled across the rear, it didn’t matter if it looked elegant; what mattered was that it was seen.”

These days, athleisure has a technical sheen as much as a symbolic one: it exalts fashion-as-function, where gear is easy to wear and reliably washable. There are underarm vents and the comforts of temperature regulation, “bum lift” coordinates and disciplinary fabrics that feel like second skin. The outfits navigate workout-to-work and work-to-wherever with surprising elasticity. 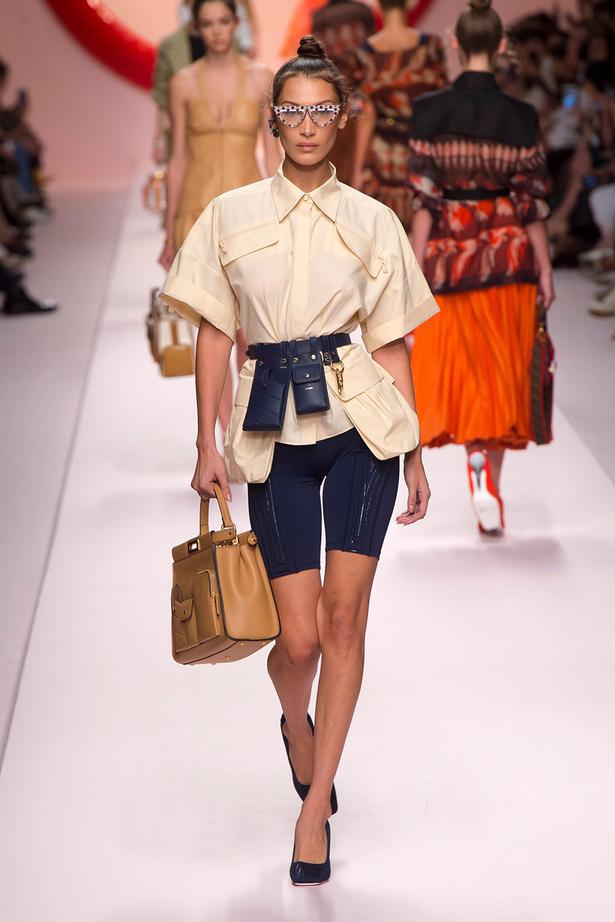 “By day,” proclaimed one Vogue article, “a recycled Girlfriend Collective bike unitard is one stretch away from being topped with a sweatshirt and scrunchy socks — capturing all the glamour of Princess Di running errands. By night, a Nike sports bra transforms into a high-neck crop top so stylish you’ll wonder if you need it in both colours.”

For Sip de Silva and Samantha Mani, founders of New Zealand brand Bokèo, who seized the opportunity to bring their idea of a seasonless label to life last year, the most desirable outfits fit this tradition: of moving through the day, comfortable and unfussy, on your own terms. “The wearer dictates the shape of their day, and our clothes are designed to fit it,” says Sip. Their "sport gown", a panelled dress, square-necked and long-sleeved, with a relaxed waist and built-in shelf bra, is a defiant collision of aesthetics: it's sumptuous enough, in inky black, to sweep across marbled floors in the throngs of tasteful, graciously draped forces, with the supportiveness of a partial Spandex knit that, one imagines, could you see through an impromptu HIIT class.

“This is how athleisure has carved out the space between exercise apparel and fashion,” argues Jia Tolentino, in her debut essay collection, Trick Mirror. “The former category optimizes your performance, the later optimizes your appearance, and athleisure does both simultaneously.” It is not a new trend, but it does carry a charge; “Athleisure has become fused into the system,” costume designer Eric Daman, of Gossip Girl fame, explained recently in an interview.

That optimisation swings between the need for unabated ease — what journalist Whitney Mallett describes as “a culture of atomisation, a kind of WiFi-connected pod living where you never have to leave your home and anything can be delivered to your door”, courtesy of Netflix, Amazon, et al — and an impulse to be productive that celebrates coffee for lunch and a kind of unnervingly peppy rhetoric (words like hustle, grind and killing it, a la the gig economy) signals a double-tongued language worth paying attention to.

Athleisure, in these terms, is another way of asking: will you stop or start, stay or go? A declaration becomes a decision, and the person who wears the Adidas x Wales Bonner twill track jacket printed in navy tartan or a pair of unconventionally oversized sneakers sewn with grosgrain ribbon tacitly asserts the idea of onwardness, of the endless possibilities of moving forward, in the same moment that they reject it.

The clothes are as much connected to sport as they are to a leisure class: one can wear them on a hike or to the gym, but that’s not likely the only way you’d measure their performance. 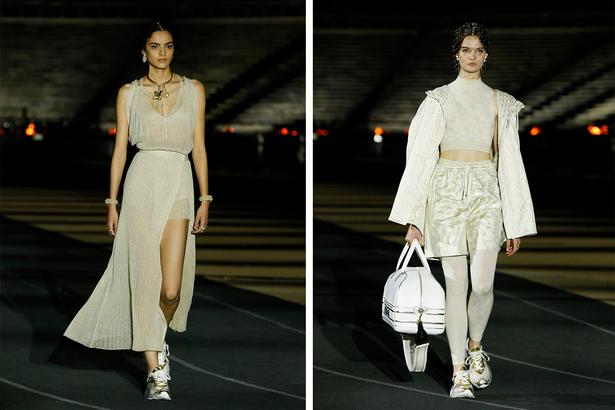 Maybe this is what Dior’s creative director Maria Chiurri Grazia meant when she said “sport is freedom”, describing the fashion house’s resort 2022 collection, where models were dressed like Eve, if Eden were the Panathenaic Stadium: Hellenic dresses cavorted alongside cream activewear and peplos coaxed into modernity with drawstrings.

An outfit that exists everywhere at once, somewhere between where antiquity ends and modernity begins, where couture-grade craftsmanship dares indiscriminately to become high-octane activewear, can stop time. For those who adhere faithfully enough to its precepts to want to be — or look like — the kind of person who does it all, athleisure affords a grace period.

Several weeks ago, an email from local label Maggie Marilyn arrived in my inbox. “No Sports Required,” the title read. I clicked in to find a ski-pant-track-pant hybrid and a midnight-black skort that, the lawned tennis photo implied, was made for careening across a court. “Go on,” said the writing below, with the gentleness of a yielding parent, “be a busy body.”

Colour-blocking — the fashion trope popularised in the aftermath of the 2008 recession — has returned to the fore as designers ...