Crane Brothers is working with renowned Tokyo-based illustrator Akira Sorimachi for their new seasonal campaign. Sorimachi’s sharp personal style lands him a regular spot on style blogs including The Sartorialist, and he’s a regular fixture at the Florence-based menswear trade show Pitti Uomo, the most important men’s fashion event in the world. He has worked for brands like Drakes of London, Beams Japan and Monocle, among others.

With his signature round spectacles and tailored suits, Sorimachi could be mistaken for channelling Leonard Foujita, the late Japanese painter, incidentally one of his favourite artists. His work perfectly captures the elegance and eccentricity of fine menswear and is a perfect match for Crane Brothers. “I have long admired Sorimachi’s work. He had recently worked with some of the labels we stock, including Drakes, so I thought that was a good common ground,” says Murray Crane.

“Dealing with Japanese suppliers is always a humbling experience, they are so polite and sincere. The language barrier is always an issue but when you share a common aesthetic and taste it doesn’t really matter what language you speak.”
Herewith a few of Akira’s favourite things: 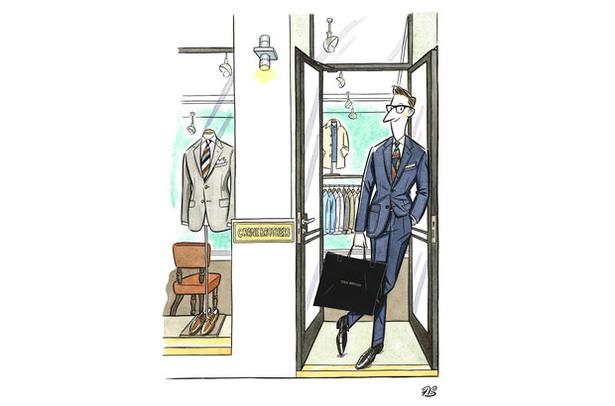 With FIFA U-20 World Cup kicking off, we speak to the former All White about personal style, players you mustn’t miss on the pi...

Dear John: we're going to miss you, and your wardrobe of suits, ties and vests

Photographer Jeremy Senior prays that his days off are overcast so he can capture images that are hauntingly still, he tells Cl...