The housewives at the Simunovich Olive Estate.

Each week we’re going to look at the fashion and clothing choices of each of The Real Housewives of Auckland - with the housewives using their personal style to outdo and outplay each other.

Last week’s controversial episode took the frivolity often associated with the Housewives franchise into a completely unexpected territory. This week, the group seemed to be getting on politely - at least for the sake of the cameras - aided by a wardrobe of strong primary colours and hunting gear approved by Louise. "Everyone looks amazing, like something out of Tatler. This is my kind of gear".

For an afternoon of clay pigeon shooting, the women were dressed country chic style, in quilted jackets and tartan hats, showcasing their competitive streak - whether it’s shooting targets or releasing new books. Post Port Douglas, it’s time for each housewife to reassert their place back in the group back at home. Black fur count in this episode? Five. 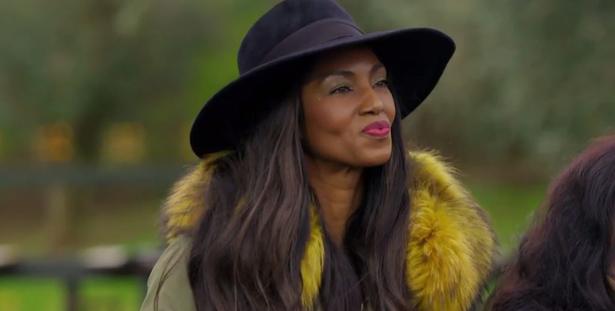 Michelle Blanchard
Dressed in a signature black outfit, the episode opened with a flirtatious Michelle at home with Marley and dog trainer Doggie Dan. “You can call me missionary Michelle,” she declares while laughing in her combat boots and a pop of colour of yellow on her nails. For the shooting session, she’s less Tatler than the others, eschewing quilted jackets for an army green parka with a bright yellow fur trim, topped off with a black fedora.

Gilda Kirkpatrick
Gilda meets Michelle and Doggie Dan with her dog Pilo also dressed in black, with a pop of blue: a fur trim lapel on her leather jacket, matching cobalt blue Louis Vuitton Alma BB in Epi leather and a silk bandeau scarf around her neck. After the print heavy outfits and layered accessories of Port Douglas, this is how Gilda and Michelle do sleek winter back in Auckland. Gilda continues to showcase an impressive handbag collection: from her orange Hermes satchel at target shooting to a patent red Louis Vuitton Alma BB when out planning her book launch at The Jefferson.

Brand Angela Stone
More bright block colour for Brand Angela Stone, as she meets Louise for coffee at Herne Bay cafe Dear Jervois in a cobalt blue dress and yellow blazer. After the messy white swimsuit situation in Port Douglas, will we ever see her in all white again? The novice shooter nails her targets in a typically conservative look - navy quilted jacket and another feature scarf; this time in animal print. Shooting the cover of her new book Being Real with celebrity photographer Norrie Montgomery, Brand Angela Stone provides some pearlers: "I have to surrender to the professionals. As a model it's important to do what you’re told...I open myself up and have no limitations."

When Norrie suggests she gets in the bath in her birthday suit (save for a pair of oversized gold hoop earrings by Meadowlark), she proclaims in what appears to be a heavily produced scene: “I'm a professional model, and I'm so comfortable exposing myself

"I'm not a playboy model, I'm a fayshun model."

Anne Batley-Burton
Inviting Julia to help clean and top up feeding bowls for her stray Parnell Pussies, Anne wears a black fur gilet (vintage, so it’s ok), a pair of snakeskin print pants and gold slingback heels. At target shooting, she's in more fur: a black fur stole. The others still have issues accepting the fact that Anne is so vocal about animal welfare yet still wears fur. “As much as I love little doll, Anne is actually deluded about being able to wear a fur coat and yet not having anything to do with guns because of wildlife conservation. The two do not go hand in hand,” says Louise. “If she’s wearing them, she's promoting the industry,” adds Gilda. Little Doll’s rebuttal? "But it’s a fox, it’s going to be killed anyway.” The others continue to be perplexed. 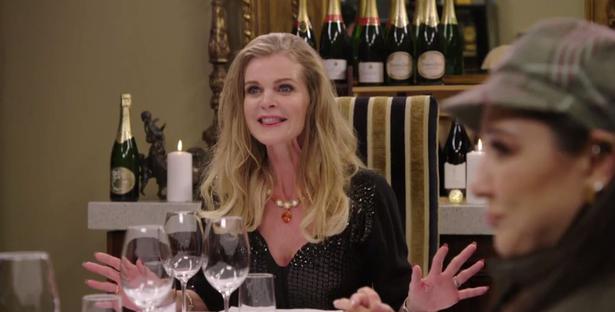 Julia Sloane
Julia went for sombre and subdued for this episode, in mostly black and beige. A tan sweater, black pants and pom pom scarf to help Anne feed the cats; tan vest and brown leopard print scarf at shooting, followed by a black sequin top for lunch. As the others opt for positive block brights after the Post Douglas debacle, Julia’s wardrobe choices in this episode looked to reflect the need to blend in the background and bite her tongue (although that doesn't stop her from talking about her sex life again). 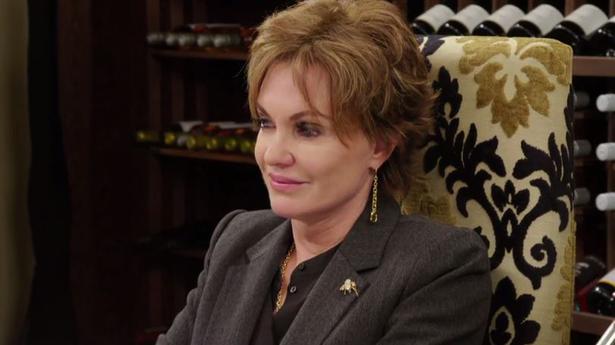 Louise Wallace
“This is squashing my Gucci earrings!” Louise yells as she puts on her ear mufflers for shooting. The actress prefers classic Gucci pieces as opposed to the more adventurous new Gucci pieces sported by Gilda and Michelle. After shooting at lunch, Louise wears a gold wasp/bee brooch on the lapel of a grey blazer, reinforcing her role in the group as the authoritarian with a dark sense of humour. Her measured observations of the women in the group are always on the money.

Kaftans, colour and cocktails as the Real Housewives of Auckland do off-duty glam in Port Douglas