Eve Goldberg is at the forefront of the diamond industry, following in her father’s footsteps. In Auckland recently for Partridge Jewellers’ 150th birthday celebration, she talked to Fiona Ralph.

Eve Goldberg is helping to keep the legacy of her father alive. Picture / Doug Sherring.

Eve Goldberg is straight off the plane and delving into her hand luggage for the impressive range of jewels she has brought to show in New Zealand. They're bigger than anything I've ever seen; rings, earrings and tennis bracelets set with the brilliant ashoka cut her father is famous for.

She is wearing a long diamond chain - the Lili chain, named after her mother - as casually as some might wear a scarf, somehow at home with her jeans and black singlet. There are whopper diamond hoops hiding behind her curls, and a similarly large bracelet, too - all casually flung on, belying their extreme value.

The daughter of legendary jeweller William Goldberg is in Auckland for Partridge Jewellers' 150th anniversary. The New Zealand boutique has recently become one of a very limited number of international stockists, and the exclusive Australasian stockist, of the ashoka cut, William Goldberg's patented oblong diamond.

William is a New York legend, a self-made man with a street named after him (East 48th Street, in Manhattan's diamond district, renamed William Goldberg Way in 2006).

"He built the business on his own," Eve tells me. "He was very smart, very ambitious, very passionate about what he did."

Starting small in the 40s, William sold baguettes - the small, oblong stones you often see on the side of an engagement ring - before going into diamond cutting in 1952. By the mid-70s, he was making his name on very large diamonds. In 1999, the company patented its now signature ashoka cut, inspired by a legendary Harry Winston diamond sold at auction.

Her father passed away 11 years ago, Eve says. "Thank God I got to work with him. He was an incredible man and an incredible teacher. He really gave us a gift with this business. He always said it's a beautiful business to be able to bring joy into people's lives. What other business can you be in where every occasion is a happy occasion?"

His passion still flows through the family, with Eve running the business with her brother Saul and brother-in-law Barry Berg, alongside William's wife, Lili. 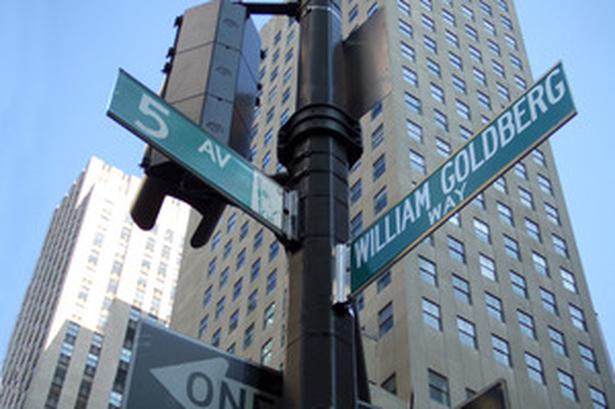 Eve was 25, living in Italy, with no plans to come home, when her father asked her to cover six weeks for her sister's maternity leave. That was 28 years ago. "I never went back!" she laughs.

She's done everything, from sales, design and marketing - all of which she still works across now - to sorting stones, setting up the company's first computer system and even learning to cut ("I wasn't very good at it. It takes a lot of patience which I don't have."). The company has also recently made a move into social media, a process Eve finds fascinating, and good for sales.

"The bigger [the diamond] is, the more comments and likes we get. Sometimes we test it out and we just put a cute little bracelet on, and nobody cares. We put on a 50 carat diamond, and it just blows up. Bigger is better."

Their business now is primarily international, with clients including royalty, heads of state and "a lot of people whose names we can't mention". Although I am allowed to say that Sharon Stone, Sophia Loren and Oprah Winfrey have all worn ashokas.

"We deal with the uber-rich, the top 1 per cent of the market," Eve says.

Clients are primarily based in the Middle East, East Asia, Russia and Europe - each different markets that require tailored design aesthetics. 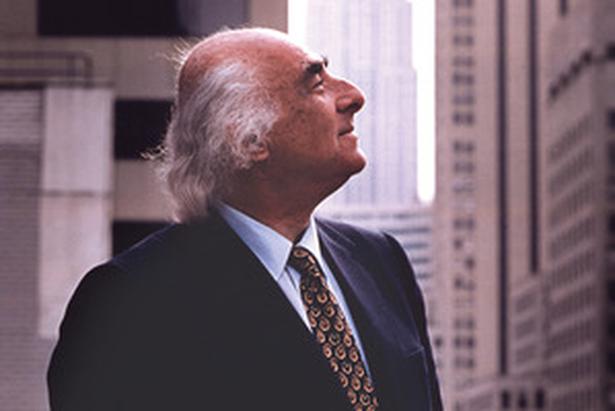 "There are always people who are looking to spend money on important pieces of jewellery and it's just a matter of how you find them."

The company has 20 people working at its New York headquarters, and factories in India, Botswana and Belgium as well as New York ("they cut the big stones").

Eve loves living in Manhattan and has recently moved from the Upper West Side to Tribeca. Working in the family business she has to be careful to keep weekends relatively work-free, but there are some clients who require email contact still. Luckily, "there's not that many diamond emergencies", she jokes.

Although her father would say "to certain women it's actually a need", and she has had clients saying "I need a 10 carat diamond", or "don't show it to me unless it's over a 10".

"Some people think they have their diamond emergencies, I have a better perspective and I realise that life will go on."

She couldn't imagine doing anything else though. "I still get excited by [diamonds] and I get excited to be able to sell them to somebody or see somebody wearing something who really appreciates it. I look forward to going into my office, and playing with the stones and creating new pieces. It's a lot of fun."