Famous around the world for its sustainable sneakers and apparel, Allbirds also has a focus on Aotearoa, with entrepreneur Tama Toki joining its community of ambassadors.

Tama Toki has worn many hats — and sports shoes — in his life. Before launching his therapeutic skincare brand Aotea, he was a rugby player and sprinter who represented New Zealand in both codes. Now the innovative entrepreneur has been named a member of Allbirds’ esteemed Allgood Collective™.

While the eco-minded shoe and apparel brand is based in San Francisco, its roots are in New Zealand. Community is at the heart of the brand, and it launched the Allgood Collective™ to celebrate and amplify the voices of a global network of trailblazers making positive change in the world.

“I was always super-aware of the Allbirds story and inspired by them,” says Tama. “They’re the darlings in the sustainability space. The brand transcends the product. It represents something.” That ‘something’ is a set of values Tama says Aotea shares: an aim to make high-performance products while treading lightly on the earth. 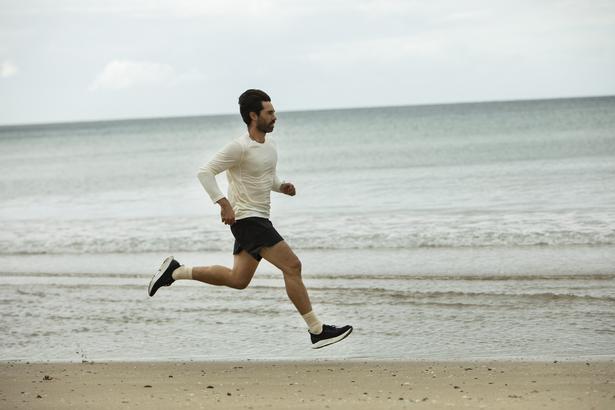 Allbirds’ new running shoe for instance, the Tree Flyer, along with the Tree Dasher, Trail Runner SWT and the brand’s range of activewear, is made from a combination of natural fibres and recycled materials; as a carbon-neutral brand, Allbirds offsets all carbon emissions generated throughout the business. It also labels every product with its carbon footprint, empowering consumers with information to make better decisions with the planet in mind.

Meanwhile, Aotea’s range of cleansers, soaps, serums and exfoliators are produced on Aotea (Great Barrier) Island, while respecting the Maori concept of kaitiakitanga, me, nga korero i tuku iho, the traditional Maori stewardship of resources. Tama’s kuia was particularly influential in shaping his te ao Maori perspective, teaching him about the therapeutic properties of many of the ingredients found in the bush, and how best to protect them. “The Maori worldview is you are within nature, you don’t command nature,” says Tama. “So there’s a natural synergy between the two brands

Using local ingredients grown on the island, such as manuka honey, (also sold in its raw form to eat), along with kawakawa, harakeke and kumarahou, Tama has gone on to produce skincare formulas at his distillery on the island. The traditional herbal remedies, supported by scientific research, have a range of benefits to skin and overall health, and because they’re made on Aotea rather than being outsourced, they also create local employment opportunities. 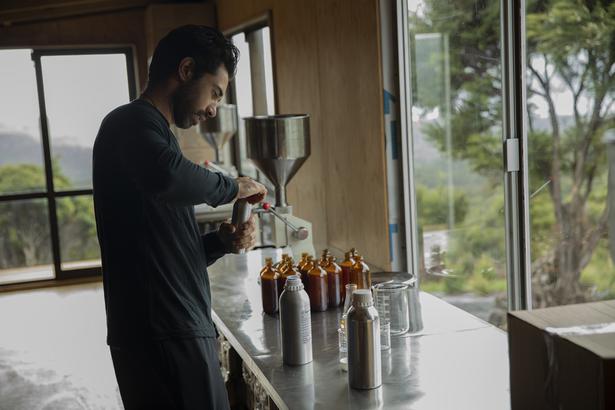 He counts himself as one of the privileged ones. Tama went to Auckland Grammar School, becoming head boy in his final year. It was there his love for sport was ignited, and he was the New Zealand champion for the 400 metres in 2015. After graduating law, he turned down a job at a top firm so he could train towards making the Olympic track team. On the weekends he’d sell his own range of herbal tonic drinks, cultivated on Aotea, at a farmers’ market in Parnell.

Although he missed out on making the Olympics, another door soon opened. Inspired by the principles of Tikanga M?ori that his kuia had instilled in him, the market’s burgeoning appetite for natural products, and a desire to give back to his childhood community, the idea for Aotea was born. “When I went back to the island in 2015 some of the kids I grew up with were on completely different paths, while here I was completing my law degree. And I thought to myself, are we really that different? Or did we simply have access to different opportunities? The idea was always to take it back to the island and create an industry.”

Just as Allbirds has showcased internationally what can be achieved by committing to sustainability, Aotea has too; its products are distributed throughout North America, Europe, Australia, Japan and Hong Kong. But ask Tama what his biggest achievement is and the humble 31-year-old doesn’t hesitate. “It’s Aotea’s fifth year of giving scholarships and the latest boy we helped through high school is now going to the University of Canterbury where he’s doing engineering. We’re also supporting him there too.” 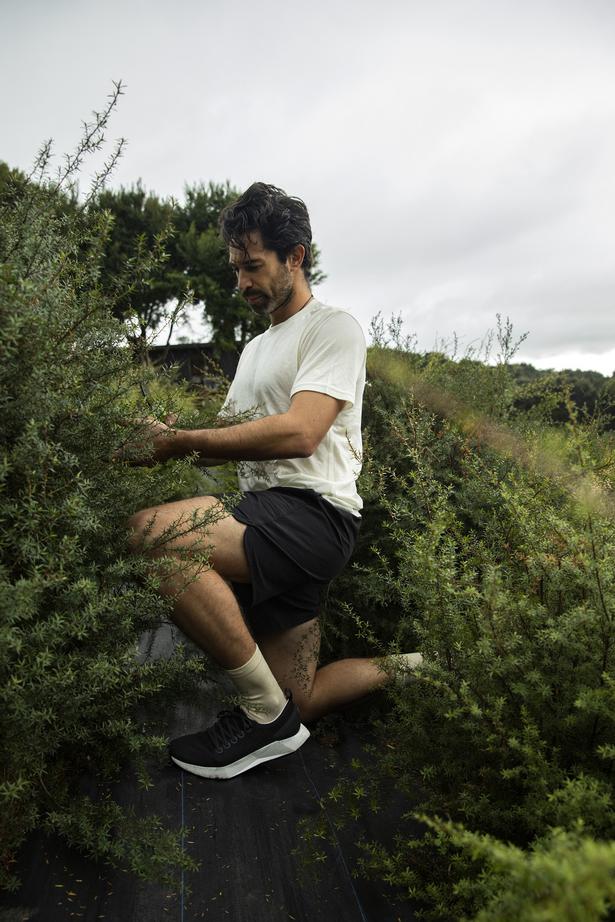 His next venture is no less ambitious. Aotea is entirely off the grid with no reticulated water or power supply, so Tama is looking to build the world’s first fractal grid, to distribute surplus solar power to homes and businesses. “Power is so expensive now, so there’s a sense of poverty with regard to access to electricity,” he says. “It’s hard to live there if you don’t have these things.” It’s the most sustainable way for the island to generate more power, he says, and another uplifting example of what can be achieved by working to benefit the greater good.

It’s no wonder then he’s been tapped to join Allbirds’ Allgood Collective™, inspiring people to engage in an active lifestyle, with community support. “Sustainability to me isn’t just defined by materials,” Tama agrees. “It’s lifestyle, mental health and balance as well.”

For all the latest from Allbirds, and its new release the Tree Flyer, step over to Allbirds.co.nz