When Victoria Beckham launched her collection ten years ago, she had significant advantages, including her name recognition as a Spice Girl and a lot of money.

But she also had to overcome a substantial disadvantage: the belief inside and outside the fashion industry that she was a dilettante - a celebrity dabbling in the fashion business for the thrill of an ego boost.

Over the course of a decade, she has proven herself and established herself.

Her collection has evolved from a single but alluring note - a figure-hugging sheath with flattering seams - to a multi-layered aesthetic focused on modern tailoring, satisfying ease and quiet strength. In a landscape starved for designers who aspire to wardrobe women for their day-to-day lives, Beckham is necessary and welcome. Her clothes are firmly rooted in reality but not weighed down by sobriety and dull practicality.

READ: The Power of Posh

Beckham presented her fall 2018 collection in the second-floor salon of a stately mansion on the Upper East Side. In recognition of her ten-year anniversary, Beckham opted for a smaller than usual show, one that gave her audience a close-up view of her work, its details and construction.

It was the opposite of what most designers do to mark such an occasion. The typical response is to go big - bigger than usual with a show that is longer and grander, with a front row filled with celebrities. But all of that hoopla ultimately diverts attention from the very work being celebrated. Beckham held up a virtual magnifying glass to her clothes.

Beckham only showed 25 looks. Her message was succinct and clear. The average show has almost twice as many models coming down the runway. In comparison, Christian Siriano, who was also celebrating ten years in business, mounted a show at the Masonic Hall of the Grand Lodge of the Free & Accepted Masons, with 72 different looks including multiple versions of sweeping plush bathrobe coats.

His front row included Laverne Cox, Meg Ryan and Whoopi Goldberg. There was a grand finale with enormous ballgowns and a living tableau that was perfect for an Instagram feed. The show lasted almost 30 minutes.

Beckham's presentation barely lasted 15 minutes. It went by in a flash, its brisk efficiency an extension of her brand, which is focused on catering to multitasking women with little time to spare. Her husband, soccer star David Beckham, was on hand. But mostly, this was a show that revelled in craft. 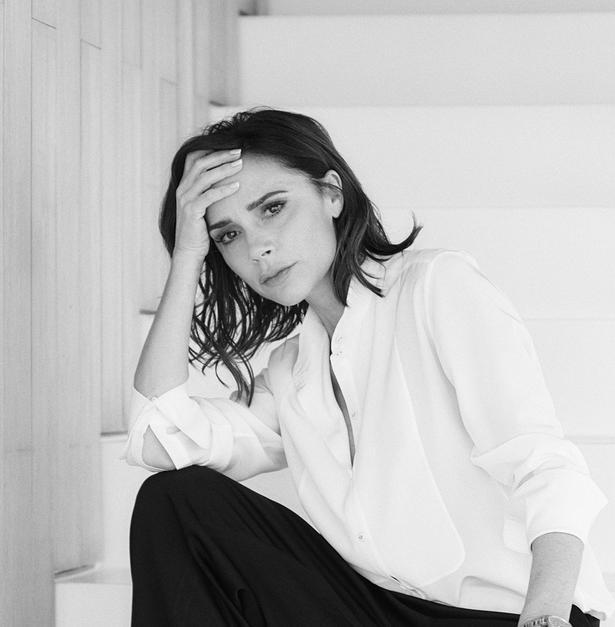 In the fiercely competitive world of fashion design, the multi-talented designer has proven herself to be quite the formidable force. Picture / Supplied

Beckham's colour palette was muted, mostly shades of tan, olive drab and midnight. The jackets were oversize; the dresses fell to mid-calf. There wide belts that highlighted the waist, roomy sweaters, flat shoes and one especially sleek leopard-spotted coat.

A quick scan of the show schedule for this city reveals a dearth of designers aimed at dressing the professional women who are willing and able to spend a few bucks on their clothes. Most designers seem intent on outfitting millennial hipsters, Instagram influencers and celebrities. And of those designers who are moving against the tide, most of them are men.

All these years later, the woman who was perceived as an interloper - or, even worse, a wannabe - has not only proven herself more than capable of holding her own; she's leading the way.