They may spend unimaginable amounts on their wardrobes, but drill down into the key pieces the most fashionable royals rely upon and there are useful style takeaways for us all

It’s become something of a tradition in royal blogging circles to begin the year by tallying up the cost of all the new pieces of clothing debuted by Europe’s most stylish royal women over the past year.

This year, it was thrown into particular focus because it coincided with the Duke and Duchess of Sussex’s decision to transition to “financial independence”.

The website UFO No More (here, UFO stands for Unidentified Fashion Object) has calculated that Meghan spent over £96,400 ($189,990) last year on the 125 new pieces for which the cost is known (there were 169 altogether, so the real figure is likely to be much more).

These may all seem like astronomically enormous numbers but these women aren’t prancing around in couture all day long.

READ: The Crown Style Guide: A Closer Look At The Fashion

Of course, there are tiara and ball gown moments, but most of the time they want to strike a just-so elegant, appropriate and maybe just a tiny bit fashion-forward look. It’s an aim which isn’t so wildly removed from the rest of us — though they are required to be photographer-ready at all times, a prospect that is bound to highlight what works and what doesn’t rather speedily.

If Meghan is thinking of launching her own line as part of her new post-full-time-royal life, she need look no further for inspiration. These are the nine pieces that have proven to be winning royal wardrobe staples... Kate Middleton's Gucci blouse is considered one of her most fashionable pieces to date. Photo / Getty Images

The prim pussy bow blouse
There was a time, perhaps a year or so ago, when the pussy bow might have been considered a bit ‘much’ in royal style realms, but times are changing and they now read less panto, more prim (in a fashion-y way). Testament to this is the fact that a purple Gucci pussy-bow blouse is still considered one of the Duchess of Cambridge’s most fashionable looks to date but Crown Princess Victoria of Sweden is also a fan — she’s worn polka dot, floral and plain cream silk varieties. The top royal way to wear one? Either tucked into tailored trousers or with a coordinating skirt. The power pencil
Ok, so leather pencil skirt doesn’t scream regal but this is a new era in which Queens, Princesses and Duchesses are pushing boundaries and the power pencil has emerged as a definite favourite. Meghan and Queen Letizia of Spain both own the same burgundy Hugo Boss leather pencil (Meghan also has it in bottle green) while Crown Princess Mary of Denmark has a few leather skirts in her repertoire. One reason they might be an unexpected hit? The fact that leather never creases so you don’t get that awful whiskered wrinkled look which sitting down creates so they’re always a guaranteed picture hit. 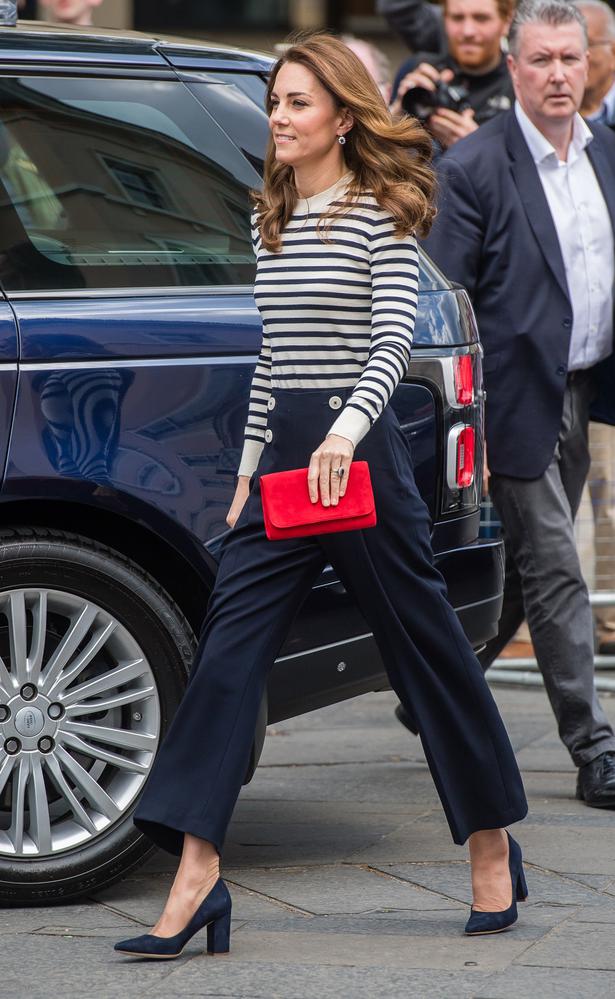 The cobble-proof court shoe
Royal women require shoes which are at once easy-ish to walk in (the chance of tripping on cobblestones must be mitigated as far as possible, imagine the headlines) but which still create a sleek silhouette. Enter the cobble-proof court which ideally comes with a block heel of at least three inches and a fairly low vamp (the bit that covers your toes and upper foot) as this will give added elongation to the leg. For us normals, the cobble-proof court is an excellent investment, even if you just keep a pair under your desk for big meetings or in your arsenal for weddings, christenings or any other vaguely formal photo opportunity. 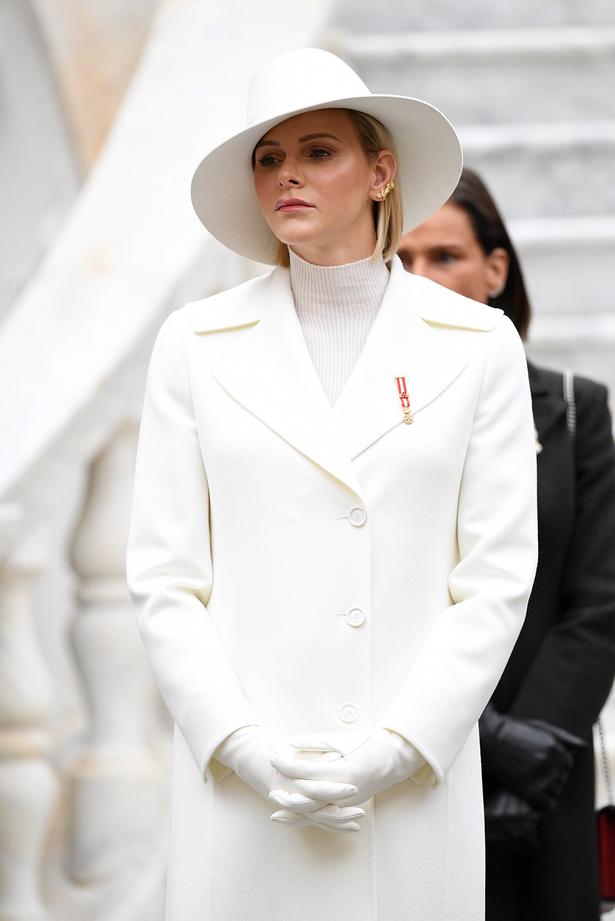 The polished polo
When it’s chilly and we have to be outside for a while, the mere mortals among us would reach for a giant scarf. But when you’re a royal, that would be a face-obscuring, silhouette-ruining no-go. The answer, then, is a very toasty polo neck as demonstrated by Princess Charlene of Monaco during the principality’s national day celebrations in November. Note that she’s gone for white in winter: take inspiration and explore polo necks beyond the usual black, in lighter, kinder hues. For the full Charlene, do a whole look in one colour, a brilliant way to look expensive even if your budget doesn’t extend to royal coffer levels.

Beulah’s Yahvi dress is a favourite of the Duchess of Cambridge. Photo / Getty Images

The conference-to-cocktail dress
Just as dresses have been enjoying a boom in the everywoman wardrobe over the past few years, so the modern coterie of royals have also recognised their photogenic, multitasking powers. What other item could take you from, for example, a health conference to a diplomatic cocktail soirée? Beulah’s Yahvi dress has already been a big hit with the royal cognoscenti; the Duchess of Cambridge has worn her green version twice and Crown Princess Mary of Denmark has it in red velvet (not that she’s royal, but Ivanka Trump has it in pale pink, too). It’s a perfect example of the conference-to-cocktail frock — demure but not serious and a bang-on midi length. Look for subtle but special details, like a fluted sleeve or frilled collar. 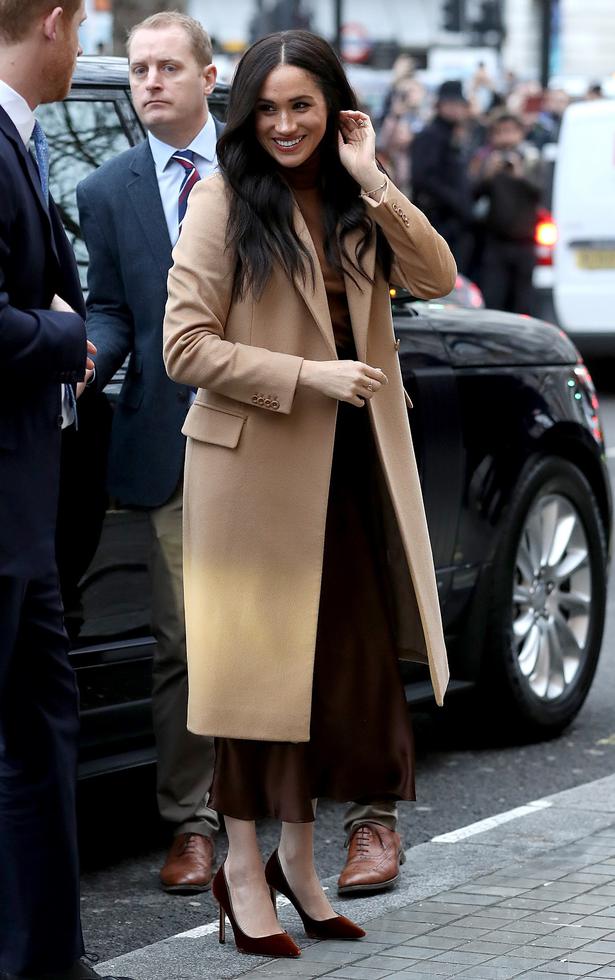 The solidarity camel coat
The sideline sartorial story to this week’s royal crisis has been camel-coat-watch. Last Tuesday, the Duchess of Sussex wore one by Reiss for her visit to Canada House, 24 hours before she and Harry released their shock statement. Then on Sunday, the Queen was photographed attending church at Sandringham in a caramel coat, with matching hat, naturally. And then the Duchess of Cambridge was pictured leaving Kensington Palace in a cream coat on Monday. Was this all a sartorial show of solidarity with Meghan? Or just a collective recognition that if you have only one coat in your wardrobe, it should be camel — it’s flattering on all skin tones and the epitome of timeless elegance (thank you, Max Mara)? By my count, Meghan owns at least seven already. 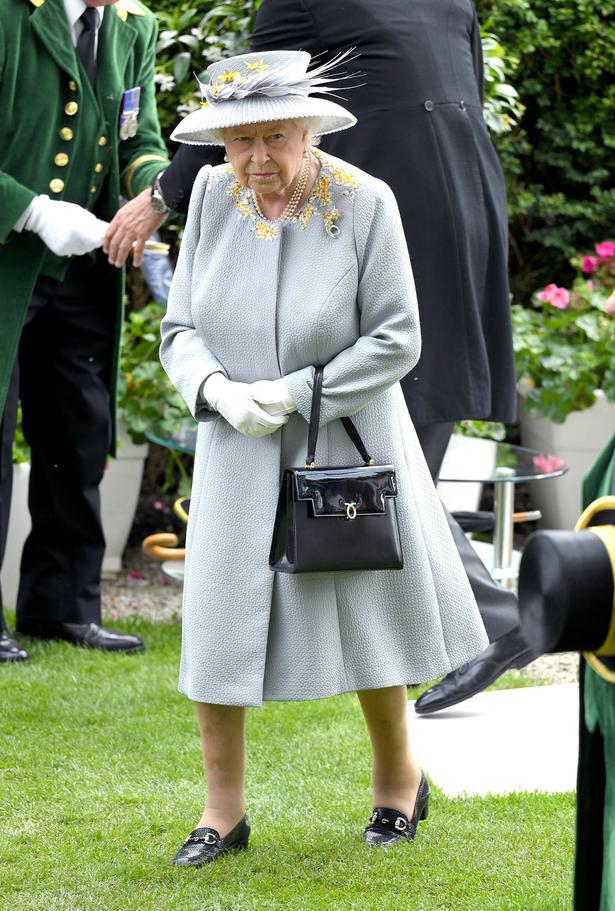 The something-to-do-with-your-hands bag
Classic royal problem: the only use for your hands is for shaking, but when you’re not greeting subjects they can look a little redundant, which is not ideal. The Queen knows this and, therefore, now never goes anywhere without her Launer bag, even if it does only contain a Clarins lipstick and a £5 note for church collection. While the rest of us love a bag that leaves us hands-free, royals prefer a clutch or top-handle style to occupy the hands. I personally think top handles look more modern (the Duchess of Sussex has an excellent collection of Victoria Beckham and Gabriela Hearst versions) but clutches are now back in vogue thanks to Bottega Veneta so really, anything goes — try something structured à la Crown Princess Victoria of Sweden. The 7/8 trouser
Trousers tend to be a headache to find in a perfect, flattering fit. One style that royals seem to agree on being a not-too-troublesome option are culottes or tailored styles that are, crucially, a 7/8 length, which means that they hover just above the ankle. They work because slim ankles remain exposed but everything looks neat. Kate has added several pairs of culottes to her wardrobe in the last year, including versions from Jigsaw and Zara, while Crown Princess Victoria of Sweden has several trouser suits on rotation with 7/8-length trousers. 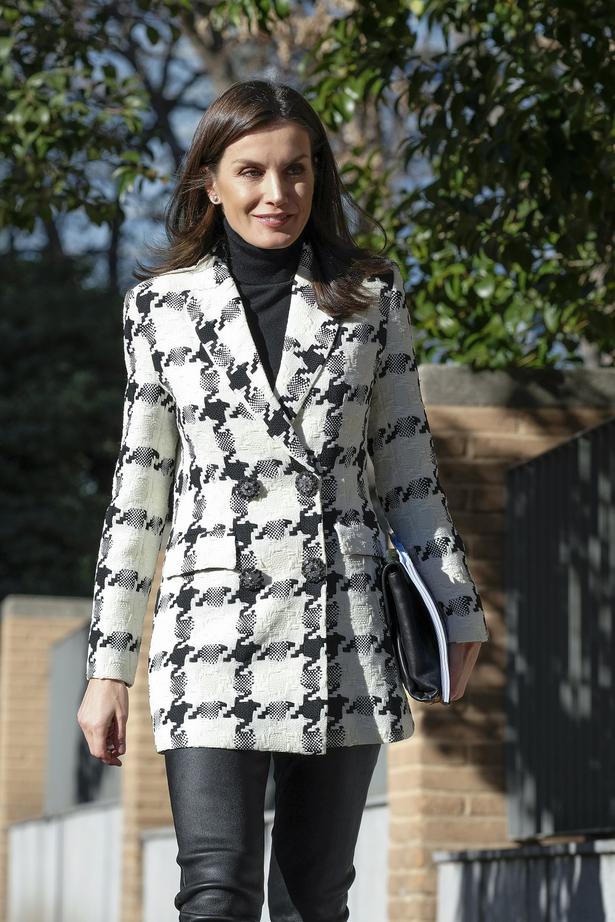