There's a lot to glean too from NAP’s bestsellers of the past 20 years. Photo / Supplied. For the shopaholics of the one percent, the bitter reality of lockdown may have hit when Net-a-Porter closed its website in late March. After the GMB union warned that social distancing was impossible in its South London warehouse, the luxury fashion e-tailer stopped selling and redeployed its fleet of premier delivery vans for the use of Age UK, taking essential supplies to the elderly and vulnerable.

Net-a-Porter was back online in May (anyone desperate to get their hands on the latest Gucci drop could order from its Asia warehouse in the meantime) and is now gearing up to celebrate 20 years of pioneering luxury high fashion online.

Founder Natalie Massenet was met with ambivalence when she floated the idea that busy women might want to snap up their latest designer purchase at the click of a button rather than whiling away an afternoon on Bond Street. That Massenet, who parted ways with Net-a-Porter in 2015 after selling her stake in the business, is now worth £143 million, according to the latest Sunday Times Rich List, goes some way to proving her theory.

“When I first discovered Net-a-Porter it was a revelation,” remembers Dame Helena Morrissey, another beneficiary of the site’s convenience shopping ethos and now one of the precious EIPs (Extremely Important People) it services with a dedicated team of 100 personal shoppers. “At the time, I was CEO of an investment firm and I had six children; so, to state the obvious, I didn’t really have much time to go shopping. Even when I found a window of opportunity, I often found myself traipsing around the stores, returning empty-handed and disappointed.

“The service just made the whole shopping process so much simpler and introduced me to a new range of designers I had never worn before.” NAP’s team has assisted Dame Helena in tracking down many of her most special style possessions, including the Gucci jacket with suffragette green and purple bows and Balenciaga heels worn to collect her damehood in 2017 and an Alice Cicolini ring to mark her daughter’s wedding.

Besides helping the super-rich with their shopping dilemmas, Net-a-Porter has become a destination for tracking down the must-have items of the moment. Even in recent weeks, shoppers have been clicking to buy Angela Caglia’s £1,483 LED face mask, Jacquie Aiche’s £3,000 gold and diamond anklet and, at the more affordable(ish) end of the spectrum, summer dresses by Rixo, Ganni and Isabel Marant.

If those buys reveal our pandemic predilections, then there is a lot to glean too from NAP’s exploration of its bestsellers of the past 20 years. The Chloe Banana print top from spring/summer 2004 was a hit. Photo / Getty Images.

In 2000, it was Luella’s “Daddy I Want a Pony” T-shirt that first made the tills ring - an affordable, in-the-know design from one of London Fashion Week’s It-names of the time, the chance to buy it online would have been catnip to anyone wanting to be in the Luella gang, but it’s also a hit that foretold many more to come; 2003‘s biggest seller was the Juicy Couture hooded sweatshirt, of WAG and Paris Hilton fame (ultimate proof that money can’t buy taste), while 2004‘s big hit was Chloé‘s banana-print T-shirt - no doubt designer Phoebe Philo’s subsequent cult collections for Céline from 2008 to 2018 would have featured had they been sold online, but the lure of NAP’s ease and reach was no consolation for a perceived sacrifice of exclusivity.

OPINION: Why It's Time To Rethink How We Shop

Later, in 2013, the athleisure movement that arguably defined the 2010s really kicked into designer gear with Givenchy’s £750 Bambi sweatshirt.

I was surprised not to see any of the Gen Z-favourite trainers, like Balenciaga’s Triple S style, on Net-a-Porter’s leaderboard. Its customers seem to have rather more refined taste: Jimmy Choo’s rhinestone sandals were an early hit in 2001, Acne’s Pistol boots - adored by the yummy mummy set - were a bestseller in 2012 and NAP shoppers beat the Duchesses of Cambridge and Sussex to snapping up Spanish label Castañer’s wedge espadrilles in 2017 (the royals debuted theirs in 2019 and 2018, respectively). 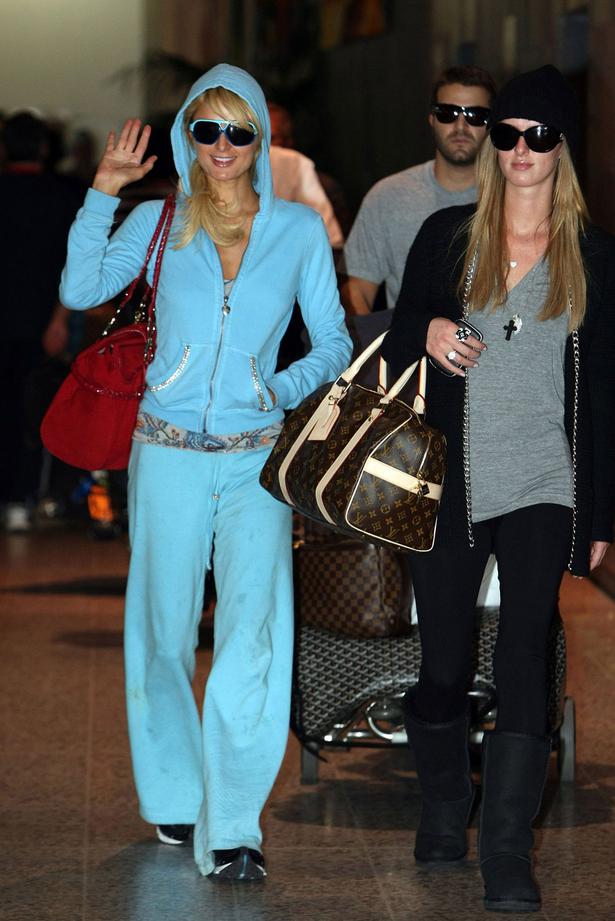 As for It-bags, there have been a few, from Chloé‘s Paddington in 2007 at the height of “weigh-down-your-elbow” mania to the more pragmatic- and affordable - Mansur Gavriel bucket bag in 2014, a design that began as a stealthy favourite of in-the-know fashion editors and became one of those labels that sold out the moment it was ever restocked.

Things took a turn for the frivolous in 2015 with Anya Hindmarch’s £995 crisp packet clutch, which was carried by Emma Watson and Lily James, among others, on the red carpet.

Accessories loom large, accounting for the top sellers in 14 out of the past 20 years, but there have been some notable clothing winners, especially in the early days: 2007 was defined by True Religion’s bootcut jeans (Cheryl Cole was a fan) but NAP also recruited Roland Mouret as an early seller - in 2005, his now-legendary Galaxy dress topped the sales sheets, with an unlikely coterie of fans ranging from Nigella Lawson to Carol Vorderman and Victoria Beckham - a variation on the body-conscious frock is still available on NAP today. 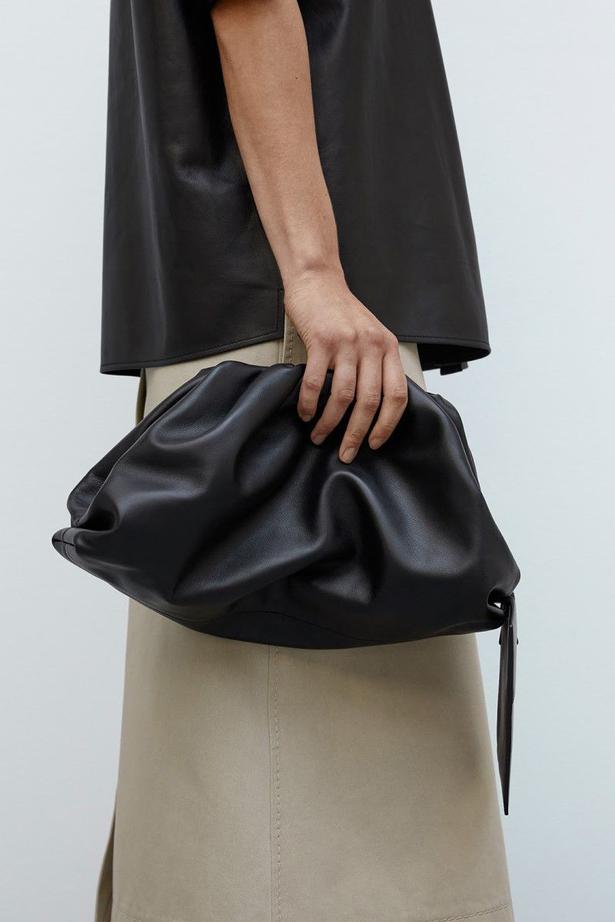 The unsurprising big hit of 2020 is the most expensive item to make the biggest seller list: Bottega Veneta’s £1,990 large gathered clutch, which is one of the standout pieces from British-born designer Daniel Lee’s overhaul of the Italian leather house and to the untrained eye looks like a marshmallow-soft pillow, perfect for resting a weary head. This means it might actually have come in rather useful for NAP-starved shoppers during lockdown.

From trophy tees to four-figure bags and jewels, there’s no better barometer of the 21st-century’s explosion in fashion geared to the one percent than Net-a-Porter’s inventory.