Sophie’s story is one of triumph, with her bubbly, warm personality hitting you the moment she walks into the room. Growing up between Te Kuiti and Otorohanga in a family of seven children, she describes her early years as very abusive.

Aged 12, she was chosen by her neni and koro to join their family and become their whangai. Before that she could not read and her school attendance was low but in their care she learned to read and speak te reo Maori, igniting a lifelong love for the language. After teacher’s college, she became a teacher and school principal, and today is a senior lecturer at the University of Auckland in the Faculty of Education and Social Work, School of Te Puna Wananga; she is about to hand in her PhD thesis.

An award-winning educational entrepreneur, in 2012 Sophie founded the Hika Group, which created a programme designed to support students and teachers to achieve their language goals and reignite usage of the Maori language. Her start in life wasn’t ideal, but she hopes her achievements can help inspire others. “If I can show that those scars don’t need to be there all your life, that they can heal — that’s all I ever wanted to do,” she explains.

For her, growing older is to be celebrated, and means she can look forward to giving much more to her children and mokopuna. “It’s about sharing what I know and what I’ve experienced to guide, encourage and inspire them to live beyond their limits. For me, ageing is about living to learn more about myself in ways that make my life worthwhile and fulfilling. Ageing is an exciting process filled with opportunities to be creative and innovative; to make a positive difference in the lives of others.” 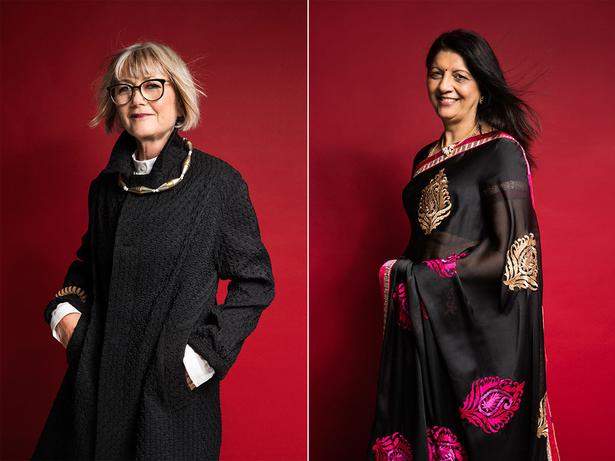 Her interest began in the 90s when her children were studying: she decided to challenge herself by returning to university part-time to do an arts degree, exposing herself to a new area. Looking back, she says she has learned the only limitations are those you set on yourself.

“As you grow older, your ideas of who you are become a lot more certain and with this you gain more confidence. You value life and what it has to offer a lot more. I guess you think about the years you have ahead more clearly. You realise that your age is more apparent so you try to make the most of it by enhancing this process. I think it makes you more brave in your choices, as you have worked out what is really important in life.

“A long life is not guaranteed so you need to make the most of opportunities that arise,” she says. “Enjoy what you are doing. Be prepared to give things a go. Strong and lasting friendships are really important to us all.”

Ranjna is fiercely passionate about community, healthcare and people. A third-generation New Zealand-born Indian, in the 70s she founded East Tamaki Healthcare (ETHC) with husband Kantilal Naranji Patel — starting as a small GP clinic in Otara, with Kantilal the doctor and Ranjna the receptionist, cleaner and accountant.

Today, they have more than 30 clinics under the umbrella of Nirvana Health Group, employ more than 800 staff, have more than 190,000 registered patients and every year provide more than a million GP consultations.

Ranjna shows no sign of slowing down, having recently visited Fiji to look at establishing a Plunket system across even the most remote parts of the country. The day before her Viva shoot she was at the Manukau Police station, offering community insights at the National Ethnic Forum for Police as to how immigrants can have better pastoral care when arriving in New Zealand.

“When people say, ‘Oh, you’re nearly 60, are you going to retire?’ I say, no, this is my best time. I’ve got my whole business behind me, I have exposure to three-and-a-half to four thousand people a day — if I want to do anything community wise, it’s my biggest strength.”

Although her company has many employees, Ranjna will still sit in on the last interview before they hire anyone. “It’s not to see if you are good, it’s to see if you will deliver our values — which is patient-first.”

She continues to sit on many other boards, including the National Advisory Council on the Employment of Women. Her most recent project was helping to establish Gandhi Nivas, a family violence programme for men served with protection orders.

One of the greatest lessons Ranjna says she has learned over the course of her life is that “the world is harsh and cruel: don’t stoop to that level. Stick to your values and don’t compromise.”

• Ranjna wears her own sari and jewellery. 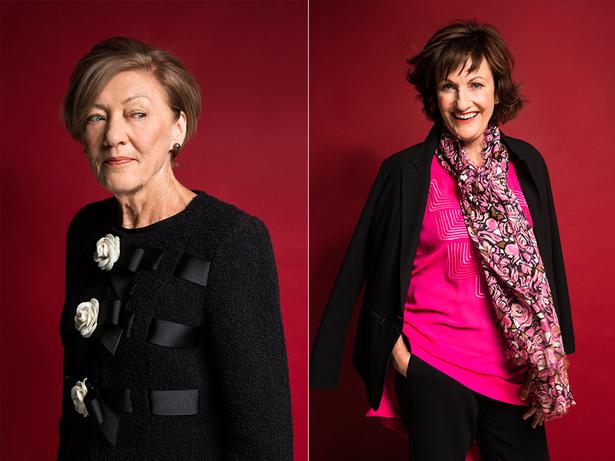 Since the age of 16 a hereditary deafness forced a different career for Dame Alison from that of her peers. By 18 she was significantly deaf and couldn’t get into dental school or teacher’s college, so she became a petty cash girl at an accounting firm in her hometown of Taumaranui. From there she entered into the world of accounting and governance sectors at a time when it was very uncommon for women to do so.

Each day this week she has woken before 5am; on Sunday she woke at 3.30am to read board papers to prepare for a meeting. She sees no reason to slow down. “I love what I do, it gives me a reason to get up every day because you are trying to add some value by what you do and give back to New Zealand.”

Her role on each board is to get people to work together and to be clear about what they are trying to achieve. “People are the biggest resources in this country and these companies; you’ve got to nurture them. There’s a new definition for literacy — Alvin Toffler said there’s an ability to learn, unlearn and re-learn. Change is rapid and ongoing in this day and age so everybody has to continue to evolve.”

In her 40s, Margaret had a career change and spent the next 16 years working for Estee Lauder across various roles. Starting on the counter in a pharmacy, she later got a job in head office as Estee Lauder’s education manager which saw her travel the globe.

She describes her role as not just selling products, but developing staff and giving them confidence to feel good about themselves. She especially loves seeing youngsters excel, as well as working with mature people.

“Sometimes there is even more of a lack of confidence in a mature person than a younger person, they think it’s a young person’s world. I went down that track a little myself, when I thought maybe I am a little bit too old for this role — but in hindsight probably I wasn’t, not quite yet.”

This year she chose to take six months off, to renovate her home and spend time with her grandchildren, but she will possibly return to the workforce later this year.

One of the great lessons she has learned in life is that if it doesn’t feel right, don’t do it. “Someone once said you can’t put a young head on old shoulders and this is very true. Everyone needs to make mistakes to learn from them.”

• Margaret wears a Louis Vuitton wool scarf, $995, with her own jacket, pants, top and jewellery.