Queen Elizabeth II at Ventnor during a Royal visit to the Isle of Wight. (Photo by Fox Photos/Getty Images)

The idea that the Queen isn’t interested in clothes has always struck me as wide of the mark.

I’m not suggesting Her Majesty wouldn’t prefer curling up with a copy of Horse & Hound over an issue of Vogue, but no one can look as immaculately turned out as she has, successfully negotiating her way through 90 years of potential sartorial landmines, without acquiring an impressive knowledge and appreciation of cut, colour and silhouette, as well as a thorough understanding of the potency of genuine style.

She possesses far too many made-to-measure outfits, much too distinctive a personal style (what is now popularly called A Signature Look) and has conducted far too many genuinely “out there” experiments in colour and headwear for us to believe she doesn’t find the process of Dressing The Part diverting. 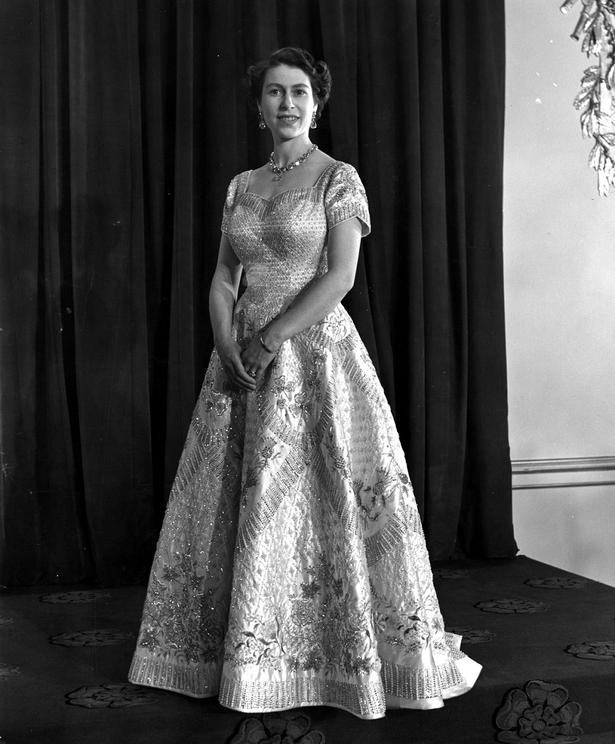 Queen Elizabeth II wears a gown designed by Norman Hartnell for her coronation to the throne in 1953. Photo / Getty Images

The notion that the young Queen Elizabeth II was somehow too wholesome to care about frocks was part of a deliberate policy on the part of her parents.

When they reluctantly ascended to their thrones in 1938, George VI and Elizabeth deliberately distanced themselves from anything that smacked of metropolitan modishness, partly through natural inclination, partly to portray themselves as the antithesis of the immaculately dressed abdicator Edward VIII and his brittle but oh so chic American wife Wallis Simpson, whose well-documented obsession with style was viewed as distinctly unBritish.

Positioning themselves as the quintessential British family — fond of dogs, horses and wary of anything that might be deemed pretentious — involved judicious image tweaking.

For George VI’s and Queen Elizabeth’s first official royal visit to Paris in 1938, deemed vitally important in shoring up Anglo-French relations in the face of growing German aggression, Queen Elizabeth (dismissed as a dumpy frump by Wallis) commissioned Norman Hartnell to whisk her up a confection of frothy gowns that accentuated her English Rose charm. Today this would be called branding.

The young Royal family focused on duty, empathy and a charming lack of sophistication. “Now I can look the East End in the eye,” the Queen Mother famously said after Buckingham Palace had been bombed — notwithstanding the fact that the royal bomb shelter contained antique furniture and old masters. 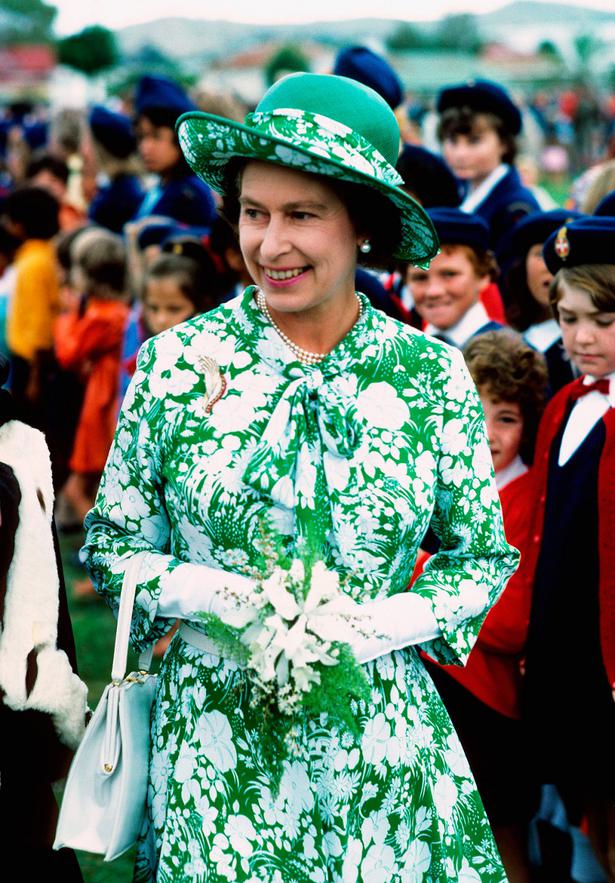 Her Majesty during her Silver Jubilee visit to New Zealand in 1977. Photo / Getty Images

This diligence, together with the years of rationing and austerity that followed the war, helped cement a national suspicion that an overt interest in appearance or image was somehow a bit “off”.

The Queen has evidently cultivated her own appearance and image over the years. She might not lay it on as thickly as her predecessor Elizabeth I, with her white skin paint and red wigs, but our current monarch uses clothes to bolster her status as both the world’s foremost head of state, and a woman firmly rooted in the British countryside.

Witness her impeccable country attire, or the razzle-dazzle evening wear that has impressed many a visiting state dignitary, including a certain New York-born president with a weakness for over-the-top gilding.

The reaction following the Queen’s televised speech a fortnight ago — only the fifth time she has addressed the nation outside her annual Christmas appearance — shows just how deftly she uses sartorial props to amplify her words.

The sight of this 93-year-old WFH (or in her case working from a castle), beautifully groomed in a vivid green dress, pearl necklace and Queen Mary’s diamond and turquoise brooch that dates back to 1893, represented a beacon of continuity at a moment when the country was reeling from a succession of societal, economic and health quakes.

To watch this woman, who had lived through the Second World War, speaking so stoically, dressed in such a calming colour (doubtless carefully selected) was profoundly reassuring, even to those who profess to be monarchy sceptics.

All this talk of duty sounds rather serious and possibly a little joyless, but the Queen evidently derives plenty of enjoyment from what she wears. And the fact that she came of age during an era when not looking one’s best, whatever the occasion, was considered a discourtesy to others, as well as a betrayal of one’s own potential (look at the way Captain Tom puts on a suit and his medals every day to complete his garden laps) releases her of the modern obligation younger royals now have to dress from the high street every so often. 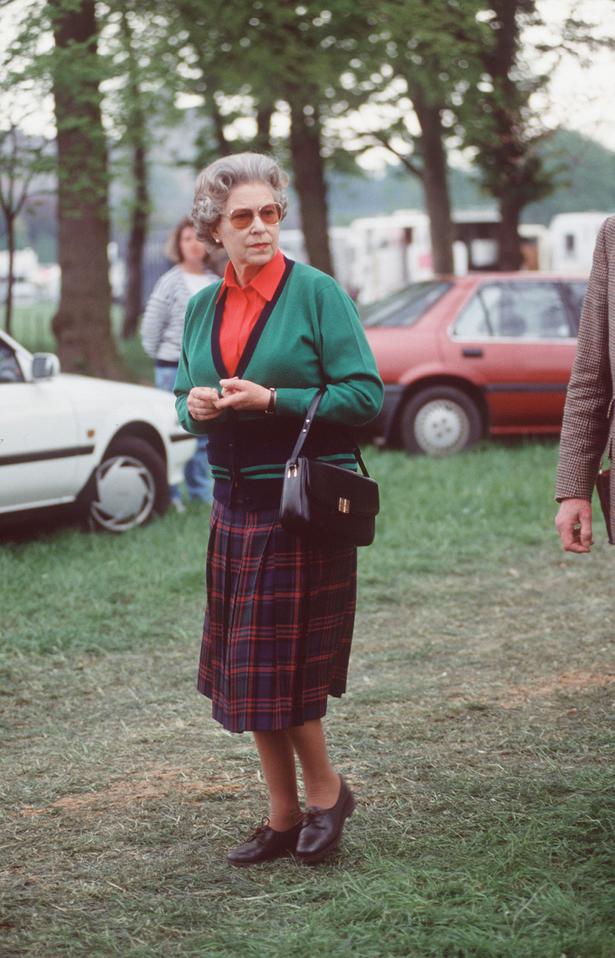 There’s an important distinction between chic, which denotes a certain angular sharpness à la Coco Chanel; style, which is broader in its remit; and being well dressed or smart, which requires discipline but not much in the way of flair.

The young Princess Elizabeth started out as well dressed, then dabbled briefly in being fashionable. A felt square-dancing skirt she wore in the Fifties on an official visit to Canada became a bona-fide trendsetter and the yellow toque she wore in 1948 or the Dior inspired sack-coat she donned in 1960 seem straight from a glossy magazine.

As the country emerged gradually from the grey post-war years, her clothes became sleeker and more polished. In the early Sixties there’s even a nod or two towards Jackie Kennedy, then the world’s most glamorous figure. 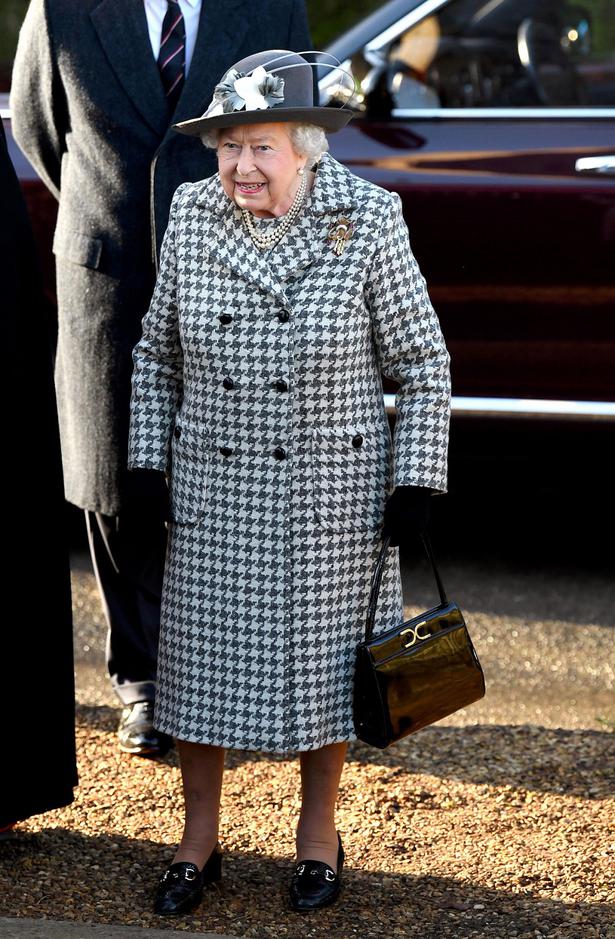 The older the Queen gets, the more her clothes become her. This isn’t only because the British have a weakness for venerable old women, especially if they’re upper class.

If her clothes sometimes made her look staid in her younger years, particularly in comparison with her fashion-loving sister, Margaret, by her 60s the Queen had grown into the uniform she had cultivated, becoming a regular feature on designers’ inspiration boards.

Everyone from Jean Paul Gaultier to Azzedine Alaïa adored her distinctive matching dresses and coats and often playful millinery.

Now on her 94th birthday, she’s a bona-fide style icon — a term so overused as to be almost meaningless, except when in conjunction with her. Because when it comes to the monarchy, style is part of the foundation of its substance.