This weekend I cleared out my closet, a once loathed chore that has become a semi-regular occurrence over these past 12 months. I don’t know if it’s boredom or anxiety (likely), finding peace with the fact that I’m no longer a size 6 or 8 (very likely) or the fact that I now do not work a 9 to 5 in an extremely image conscious office (most likely). But I’ve found catharsis in letting go of garments that no longer fit into my life (I resell or donate; don't come for me about fashion waste). Haley Nahman described something similar in her latest Maybe Baby newsletter: “purging the pandemic”.

But there are some things that I will never farewell.

That’s not to brag (or even humble brag), but to try to explain the context of my wardrobe and these pieces that I’ve held onto over the years. I could pick up pretty much every item in my wardrobe and tell you a story, memory or ‘phase’ associated with it. There’s the minuscule Karen Walker T-shirt printed sarcastically with the words ‘Hi there’, my first designer fashion purchase as a poor uni student; or the Cybele moth print shirtdress, one of my first purchases in my first post uni job that kickstarted my career.

There are the baby Nike sneakers gifted to me by my aunty, and a moth-eaten cardigan that I wore as a newborn, actually belonging to a doll. There’s the teeny tiny (like, 1960s tiny) never worn vintage El Jay dress, purchased when I was starting to have a deeper appreciation for New Zealand’s fashion history, and the itchy red J.Crew sweater bought in a panic during a snow storm on my first trip to New York. 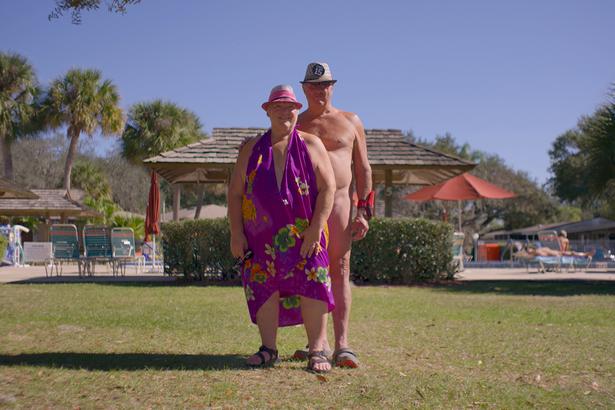 I haven’t worn any of these in years but still, I hang on.

These deeply personal stories around the memory and meaning of garments form the backbone of Netflix’s latest series, the wonderful Worn Stories. The premise is simple — first person accounts of clothing — but the results are often powerful. It’s not about fashion, and it’s not about those items that typically mark significant moments, like weddings, but everyday clothes and the lives that people have had in them. There are old people and young kids; people of all sizes, ages, genders, and styles. Each garment is presented like a treasured artefact. It is deeply heartwarming.

As a fashion writer (as opposed to a fashion stylist who is more about the image), this is the storytelling approach that I absolutely live for: an appreciation for clothes and the stories they tell about self-expression, identity and life.

READ: The Story Behind The Nostalgic Costumes Of 'Cousins'

Recently I’ve also been feeling deeply disillusioned about the PR and marketing spin consuming our industry, but watching this show helped remind me why I do what I do (people and creativity; not helping others sell shit).

The 8-episode series is based on a book by Emily Spivack, a writer with a whimsical (and brainy) take on what clothing can represent. She’s released two Worn Stories books, and has also collated things like ‘stories about clothing, found on eBay’ and scraped WikiHow to create a lo-fi website called How to Dress Like (random examples include ‘How to dress up as a sexy kitten for Halloween’ and ‘How to dress your pets without them getting mad at you’).

She was MoMA’s artist-in-residence for a time, creating “an archive of everything worn to MoMA from November 1, 2017 to January 28, 2018”, and used to write a column for T: The New York Times Style Magazine called ‘The Story of a Thing’, talking to interesting people about their interesting objects. Emily looks at fashion through a very wide lens and has a knack for drawing out sentimentality. On her website she describes Worn Stories, the books, as “a memoir in miniature in at least one piece of clothing”.

Worn Stories, the series, begins with nudists Diane of Florida explains bluntly but charmingly, “I hate clothes. They’re terrible”. It’s an interesting premise to lead with: clothing can be a form of self-expression but what does it mean to reject it entirely? (Well, except for church on a Sunday, and shoes). It sets up the series to acknowledge clothing’s dual nostalgic power and ability to enforce societal rules.

Each episode is based around a theme — community, growing up, uniforms, love, etc — featuring long stories, short stories and everything in between. They’re like tidbits to make you smile, think, cry, laugh.

There’s NYC club kid Ernie Glam, now a middle aged man, talking about the DIY outfit they wore on The Joan Rivers Show in 1993 and how fashion was a form of creativity, acceptance - and defiance. A sweet teen who dresses “aggressively Y2K”. Mrs Park of Queens, New York dances in her bedroom as she talks about her jolly yellow polar fleece sweater, gifted to her by a monk at a Buddhist temple. “I like the yellow colour because it represents a warm heart. I think the monk gave it to me to encourage me to keep helping others with that kind of heart.”

There’s an absolute journey of a tale that could probably be turned into its own Netflix series, involving a kick arse Italian Nonna with a talent for sewing, immigration, real estate, a natural disaster, old-fashioned neighbourly help, and family heirlooms in the form of some red silk ties. I almost cried! 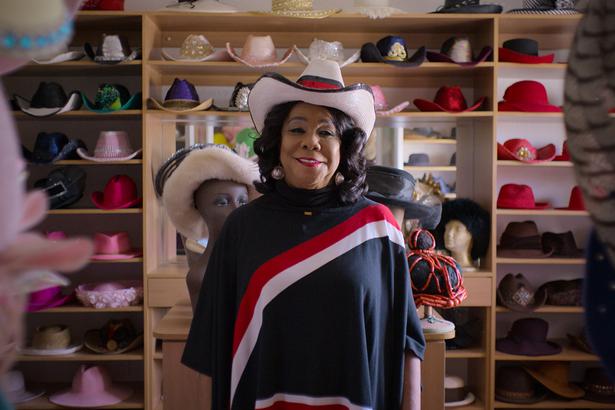 There are also moving stories that surprised me. What happens when someone leaves prison — what do they wear when they literally walk out the gate? In episode three we meet Rudy on the day he leaves after 41 years, dressed in the grey, one size fits all clothes given to him. One of the first stops after he leaves is a charity shop, where he buys his first shirt and some Dickie’s — beginning his journey of rediscovering his identity on the outside.

Another episode explores the unique authority and anonymity that a uniform can offer, from Patrice the crossing guard and her high-vis jacket to art gallery security guard Emilie and her black suit. We return to prison again to hear from the now free Antwan, who learnt to alter his generic, supersized uniform as a way to hold on to some level of identity. “When I put on my altered pants, I felt like I was in the GQ magazine!” he says. “It took me mentally and emotionally to other places outside of prison. […] In essence, I’m rehabilitating myself.”

Uniforms can come in many shapes and sizes. We also meet the fabulous Florida congresswoman Frederica Wilson and her wardrobe of hats. “I’m just not a hat person, I’m an ensemble person,” she explains. “I have to be all matched up from head to toe. When I don’t do that, I don’t feel right. It’s like a daily uniform.

“You are not incognito in that hat. It is impossible to be. When you stand out in a crowd of policy makers, people pay attention to what you have to say. So it helps you get shit done.”

Most are moving, but some of the stories are actually a little trivial, or even annoying. Like the cousins who lose a one-off Rachel Comey jacket purchased at a sample sale and spend what feels like five hours recounting how they found it again (“This is classic drunk white girl storytelling,” is how I described it to my husband; I can say that because it’s how I tell a story when I’m drunk). Stories like that sitting alongside much more meaningful accounts can feel a little incongruous, but I suppose it does in itself make a point about the differing connections we can all have with what we wear: emotional, deeply sentimental, heartwarming, and other times, just completely silly. That is the multi-faceted power of clothes.