Fashion designer Wynn Crawshaw was working as a land surveyor before he decided to turn his passion into a business.

Some people may call the move risky, but Wynn says economic downturn or not - now is a better time than ever, following an increase in local demand since May. Wynn Hamlyn will fill the shopfront that formerly housed Ingrid Starnes in Commercial Bay's New Zealand retail shopping lane Little Queen Street.

The mainly wholesale operation makes most of its money from sales through international retailers, including Moda Operandi and Middle Eastern group Ounass. It is also stocked in Bloomingdales in Kuwait and Harvey Nichols in Dubai.

But Wynn is hoping the approximately 80 per cent share of wholesale sales slides more towards direct-to-consumer once its downtown Auckland store opens on October 1.

"Wholesale is hard, the margins are a lot different to retail, and so any sale we can make direct-to-consumer means a lot more to us than a wholesale sale," says Crawshaw, adding that the channel was still important to the brand and would continue.

"It's been interesting for me to see a whole bunch of labels just drop wholesale completely. A lot of decisions and moves I see people making are quite drastic, but I guess it's a time for that." 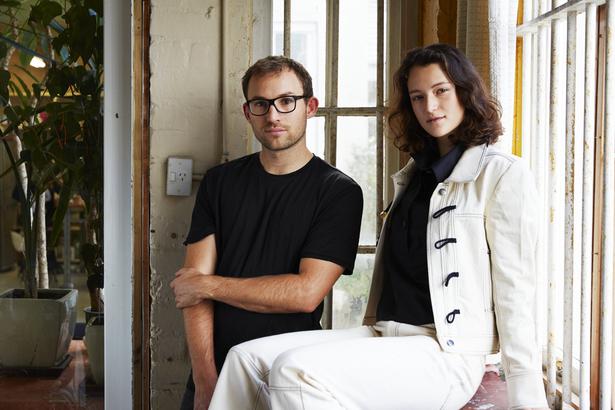 The brand has invested about $30,000 to set-up the Commercial store. Wynn has been working on the fit-out daily, doing a lot of the work himself, along with the team.
Opening a store before this had never been on the cards. This store wasn't even in the plans two months ago.

Wynn had originally turned down an offer by Precinct Properties to open a store within the centre, about a year ago.

The wholesale business had contracted in recent months as a direct result of the coronavirus pandemic, and it was now finding it harder to secure new stockists, which is why it had decided to take up a tenancy in the precinct when the opportunity was presented a second time.

"We're still selling virtually but it is harder to pick up new stores and it's harder to grow in that department. The existing clients are fine because they know the product, but new clients are really hard, so this is diversification," Wynn says.

"It's a time where we wanting to diversify and we're wanting to have more of a connection with our New Zealand customers."

The brand employs four staff fulltime and will take on one more fulltime person and three part-timers for the 54sq m store.

Wynn said he felt excited by the move into retail, but also a little bit crazy to take the leap during an economic downturn. The store would be an experiment for the brand and it would monitor sales before making any plans around further stores.

"It's definitely scary, but I'm really excited. All of the opportunities that we've had that have got us to where we are now were scary in the beginning."