The luxe local leather brand is streaming its latest presentation online, and we have an exclusive behind the scenes look

With its latest collection being unveiled virtually tonight, Yu Mei once again shows itself to be a nimble business.

Back in February, lockdown in Aotearoa saw the premium label swiftly changing tack, pivoting its runway show to a live-streamed presentation.

It proved successful and a natural fit for the driven brand. "We realised the potential of hosting a digital event. We could reach so many more people and create this video that can be an enduring piece of the brand’s history," says Jessie Wong, founder of Yu Mei.

With restrictions in place in New Zealand and Australia, the digital runway is being dusted off, and today the brand will unveil its spring/summer 2021/2022 collection, entitled ‘Under The Same Sun’, with a digital event, live-streamed at 8pm NZDT on Yumeibrand.com.

Originally planned to shoot amidst the dramatic expanse of the Desert Road — models, transport, accommodation, everything had already been booked —  the sudden lockdown in August put that on ice. But Wellington's move to Level 2 led to a pivot: the windswept Breaker Bay in Wellington, an equally cinematic locale, with a lineup of distinctive models showcasing the collection.

"The success of our behind-the-scenes video last time really informed the format of this launch," Jessie says.  The live stream will begin with 10 minutes of footage from the day the team spent filming the digital show.

"Without giving too much away, it charts sleepy models at a 6am call time, our director Sebastian giving orders virtually via Zoom and a few quite hilarious weather-related calamities. It gives a sense of the scale of the production and imbues it with a bit of our own personality, which is something authentically ‘Yu Mei’."

Those tuning in tonight will be treated to the new range of bags and leather goods. A serenely optimistic offering, the brand explores “the liminal space between spring and summer” and the inherent ease of these seasons. This manifests in sleek, practical bags, clutches and cardholders in warm, zingy shades of sunshine yellow and deep sienna, a Matisse blue, and earthy browns. Yu Mei’s signature khaki green also makes a return appearance.

"The title of the collection is ‘Under the Same Sun,’ which speaks to unity and togetherness," Jessie explains. "I was inspired by that feeling of anticipation for the summer season, where time seems to stretch on for so long because you’re looking forward to what’s to come." 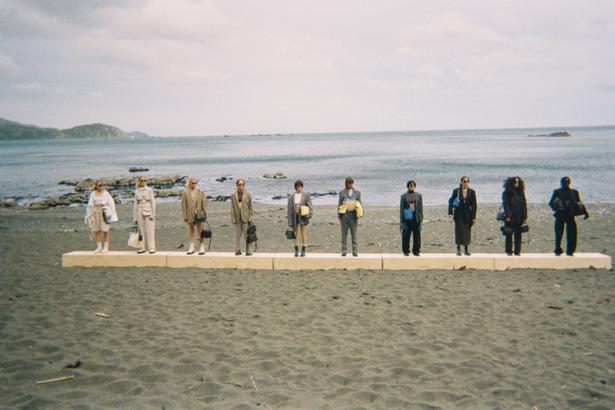 "Sebastian was stuck in Auckland," reveals Jessie. "Luckily, the team at Wrestler introduced us to this new technology in the film industry where you can direct remotely, streaming what the camera records to the director’s device."

The team had an elaborate set-up of laptops, speakers and backup phones for video calling all ready to go. "Then we got to the beach and realised cell phone reception was patchy, but we managed to make it work." For styling, Sebastian took a low-impact approach of outfitting the models in second-hand pieces and reconstructed garments to achieve the powerful-yet-breezy look that has come to define the brand.

READ: Yu Mei Looks To The Lounge For Its Hospitable New Retail Space

Also low impact is the Yu Mei's Buyback Initiative, which has been running for three years, and it has plans in place to announce a regenerative strategy early next year. As featured in its new collection, the brand's signature deer Nappa is a by-product that's diverted from waste.

Digital is a key part of its approach to business too. "Over the last 18 months we’ve been refining the way we bring our digital and physical experiences closer together," says Jessie. "We’ve had an incredible amount of fun hosting archive events, digital drinks and dinner parties online, it was key for this launch to bring us closer to our community in a time that we’ve been apart for so long." 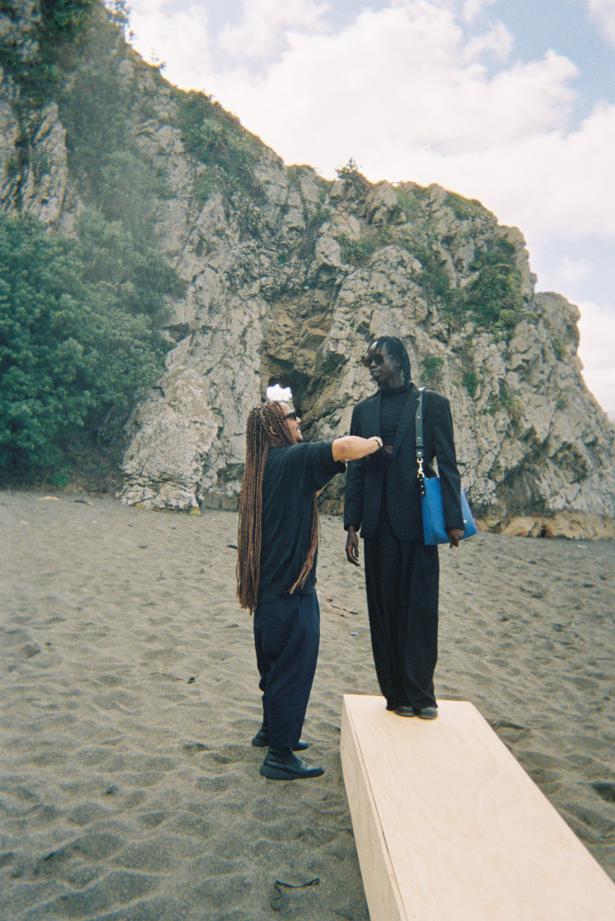 The new live stream presentation is a nice addition to what has been a thoughtful year for the five-year-old brand — with projects like a Matariki collaboration with artist Nikau Hindin for Commercial Bay, a pop-up in Melbourne’s Chadstone Shopping Centre, a cashmere collection made in partnership with local knitwear brand Standard Issue, and opening a store in Newmarket. This new collection aligns with the brand's launch onto global etailer Farfetch, a significant achievement.

2021 hasn't been without its challenges. "This year was to be our big launch into Australia," says Jessie. "But the Delta situation has made that somewhat difficult. With the live stream we’re saying hi to our friends old and new across the ditch, while we can’t be there in person."

She hopes the brand's community finds the show uplifting. "There have been many low points for a lot of people during the year, but holding onto this optimism and hopefulness has helped the team and I through. We’ve taken comfort in the sentiment that we’re all under the same sun."