Chosen for their outstanding talent in their diverse fields, Tiffany & Co.'s latest campaign features six artists who represent the brand's ideals of "creativity, passion and optimism".

Singer, songwriter, record label executive and actress Janelle Monae inspired the brand with her "timeless innovative style", while the ever-unique musician St. Vincent (Annie Clark) is adorned with some of the glitziest pieces.

The campaign is the first to be lead by Reed Krakoff, after he was named Tiffany & Co.'s chief artistic officer earlier this year.

"These portraits epitomise individuality, embracing the natural beauty and unique style of each talent," Reed says. 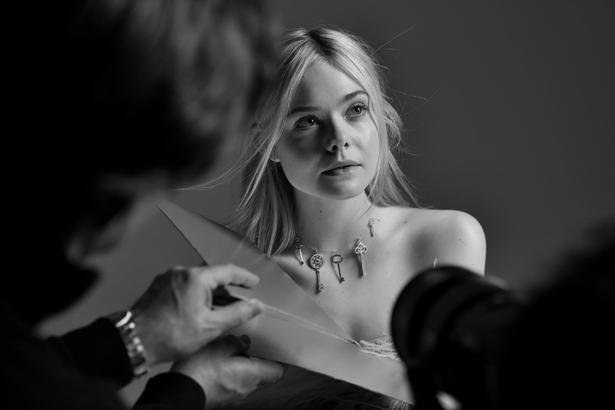 Behind the scenes of the shoot with Elle Fanning. Picture / Supplied

The campaign also includes a beautiful behind-the-scenes video showing each model what they think of when someone says "Tiffany".

"The blue box and the white ribbon and I think of an iconic American brand," St. Vincent said.

Zoe Kravitz said to her, the brand represents "elegance" and "class".

"It's an amazing thing to see a brand that can stick around for such a long time — it just becomes a classic."

WATCH: Behind the Scenes with Tiffany & Co.

Francesca Amfitheatrof is at the creative heart of jewellery empire Tiffany