Amisfield - Food, Wine and Stories from Central Otago celebrates 25 years of the iconic Queenstown winery, and 10 years of the bistro 45 minutes down the road.

We speak to head chef Jay Sherwood in this Wednesday's Viva, but share a first taste today with one of the luxurious recipes, designed to be savoured both in the preparation and the devouring.

SQUID INK TAGLIATELLE, PAUA, CRAYFISH BISQUE, TANDIED TOMATO.
Serves 6-8
A pasta representing the best of the South Island, a decadent recipe for special occasions or after harvesting from the ocean.

For the candied tomatoes
Preheat the oven to 120C.
Place the cherry tomatoes on a baking tray, sprinkle them with the sugar and top with thyme and garlic. Cook for 3-4 hours. Set aside.

To prepare the paua
Wrap the paua in plastic film and place in the freezer until hard.
Take out the paua and shave off slices as thin as possible with a deli slicer or sharp knife. Marinate the shaved paua in garlic, chilli flakes and olive oil.

To make the bisque
Heat a large saucepan on medium heat and cook the crayfish bodies in the olive oil. Use a wooden spoon to crush the bodies.
After the colour of the crayfish has changed to bright red, add the onions, carrots, celery and chilli and saute for 10 minutes.
Increase the heat to high and add the cognac. When all the alcohol has evaporated add the Arcadia brut NV. When the alcohol has evaporated add the tomato paste and vinegar, stirring to dissolve the paste.
Add the cream and water and bring to a simmer. After 30 minutes the bodies should have softened.
Use the wooden spoon to further crush the bodies as much as possible. Cook for another 1 hours. Allow to cool, then strain and set aside.

To make the tagliatelle
Make the basic pasta dough following the recipe below, but add the squid ink to the centre of the dough when you add the eggs.
Use a pasta machine to roll out the dough on to a lightly floured bench. Make sure the sheets are the same width as the roller. Roll to the thinnest setting and pass them through once again.
Cut the pasta rectangles into strips 25cm long. Attach the tagliatelle cutter to the pasta machine and cut the pasta into loosely formed bunches.
Make sure to flour the tagliatelle. 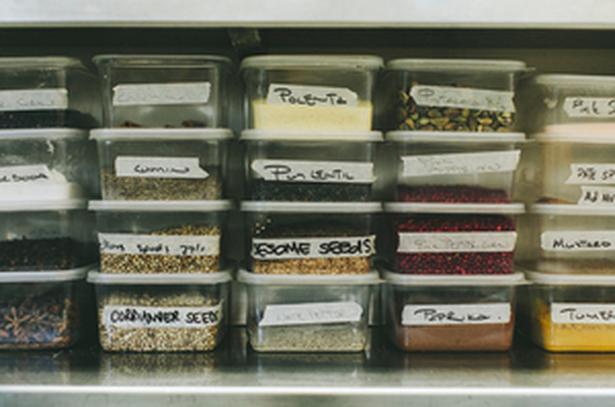 Mix the flour and salt together in a food processor. With the motor running, add the oil, and slowly add the eggs until the dough turns into small pebbles.
If you don't have a food processor, measure out the flour and salt into a large bowl.
Make a well in the flour, big enough to hold the eggs. Add the oil and eggs to the centre and whisk. Slowly incorporate the flour from the edges until a thick paste is formed. Use your hands to mix in the rest of the flour.
Transfer the dough to the floured bench and knead until smooth and well incorporated. Wrap with plastic film and store in the fridge for at least 1 hour.
Before rolling, take the dough out of the fridge for 15 minutes to allow it to come up to room temperature - this makes it easier to roll.
Keep the dough covered to stop it from drying out.

TO SERVE
1. Heat one frying pan on high heat. To another pan, add 1 cup of the bisque and bring to a simmer.

2. Add the crayfish tail to the first pan and cover with a lid. Cook for 4-6 minutes or until the meat is cooked through. Remove from the pan and allow to cool.

3. When the tail has cooled remove the meat and chop it into chunks. Keep the bisque to finish cooking the pasta.

4. In the hot pan quickly sear your paua, for no longer than 10 seconds.

5. Cook the tagliatelle for 2-3 minutes in a large saucepan of salted boiling water. Remove the pasta when it begins to float, and add it to the pan of bisque, along with the paua and crayfish meat. Cook together for 5 minutes until the sauce has thickened.

6. Place in bowls and garnish with the candied tomatoes, ginger and lime zest. Season with salt and chilli flakes.

Soda Water For Cooking? Try This