He’s led one of Auckland’s best restaurants for 13 years, and today Tony Stewart announces it’s time to close. He speaks about fighting a chronic illness, and why Clooney is no longer his top priority

If I begin by telling you that, no matter when he went to bed, Clooney owner Tony Stewart gets up at 7am and is back working at the restaurant by 8.30am you will probably think this is another story about the punishing hours of hospitality, the devotion of the high-end restaurateur.

But Tony’s story is different. Because this morning, and every morning for the past 49 years, his day began with an hour of coughing. It’s a methodical cough, assisted by a medicinal spray, and it helps him, slowly, steadily, to clear his lungs of the sputum that has accumulated overnight.

In the evening, when he’s closed up at Clooney and his wife and child have gone to bed, Tony will alone return to the bathroom and repeat the process. He is coughing out the saliva and mucus that will one day drown him. This is life with cystic fibrosis.

“They said to me I wouldn’t live past 18,” he tells me when we sit down for this interview. “I heard that forever. It wasn’t just one person, it was everyone and that resonated. I think it’s made me the person I am but I went through some really tough times. I was a really aggressive child. I was angry, for a long time.”

His mother was intensely protective. She “wrapped me so tightly in cotton wool”. But he survived his 18th birthday and doctors gave him a new age, 28, that they said he wouldn’t live to see.

Boys in their 20s act as if they’re invincible, but Tony had the opposite excuse, figuring that if he was going to die anyway he might as well party hard. He lived with the narcotic freedom of a man who would face no repercussions.

Life was “fast and loose”. 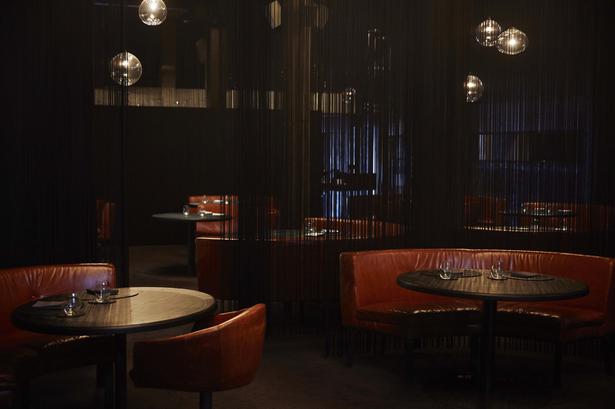 But, he says, “I kind of finally got my head around CF in my 30s. I started to talk about it, and that was really good for me, just opening up about it. It was always something I hid and fought against. But I sorted myself out and matured. And I met my wife, and had a child when I’d always been told I couldn’t have children. It all started to come together. Suddenly, I wanted to live.”

About 550 New Zealanders have cystic fibrosis, but only 31 of them have survived until their 50th birthday. Next year Tony Stewart will become number 32.

“I just wanted to prove that I wasn’t going to be a statistic. When you tick off these milestones, it becomes satisfying. Though these days I’m not doing it for milestones. I no longer have any date in mind. I’m doing it for different reasons. I’m doing it because of my family.”

Although I have a professional friendship with Tony I, like most others, had no idea of his medical condition. He’s always been the guy with a spring in his step and kindness in his eyes; he gives no sense that he has anything going on behind the scenes. But he is a regular at Auckland Hospital — four stays in 12 months, recently — where it seems the doctors aren’t quite sure what to make of him and are in his words “amazed at my resilience”.

They look at his readings — the output of his lungs and heart — and know that he should be curled up in the corner. But he is at the gym each morning, taking ski trips, running a fine dining restaurant at the top of its game. “It’s me trying to prove to the world that I’m not this kid who’s going to die at 18,” says Tony. 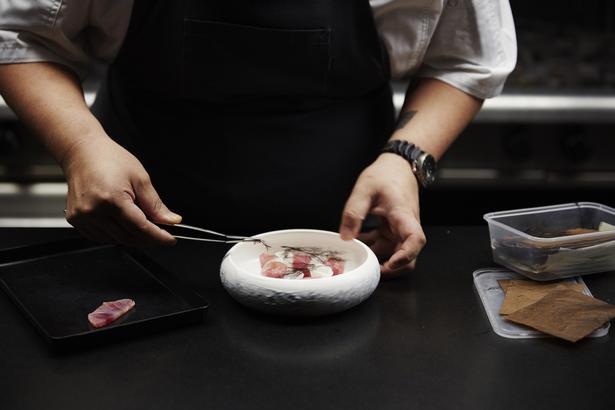 If CF was to knock him over it was always going to have to take a big swing. Now, finally, that has happened. One day on the mountain Tony felt weak — not the usual stuff but something more serious. He flew home and those doctors discovered that, having failed at stopping his lungs, the body he’d been born with was now attacking his heart, with an infection that had already created enough scar tissue to disturb the organ’s electrical system. (Thanks to CF he’s also been diagnosed with type-2 diabetes, a disease which itself kills thousands of New Zealanders a year but which, when I bring it up, Tony waves away with a “puh” sound, as if he’s not going to even bother thinking about that one.)

Surgeons first burnt away the scar tissue on the heart then installed a defibrillator, and one more time, the patient got back up off the canvas. But something had to give.

And so today he announces that he is closing Clooney — the most beautiful dining room in Auckland, one of the country’s last fine restaurants, open since 2006. Tony is the face and, these days, the sole owner of the restaurant, although others were involved in the early years.

“I used to have a lounge bar called Match. It was cool, unpretentious and loads of fun. But I was getting older and the client base was getting younger. I wanted to spend time with people of my own age and interests. I didn’t know anything about food except that I loved it, but I had the gift of the gab.”

He put together a business proposal for Clooney then pitched it to a room of 12 potential investors. At the end, when he asked who was interested, eight of them put their hands up. Eighteen months in, Des Harris took over the kitchen and became “the catalyst for where we’ve now got to”. Clooney became one of the two or three restaurants that defined Auckland’s high-end.

“I wanted it to be international, something truly different. And it is still both of those things. I don’t think there’s a room like it. I still think we’re probably the least safe fine-dining restaurant out there and I take pride in that.” 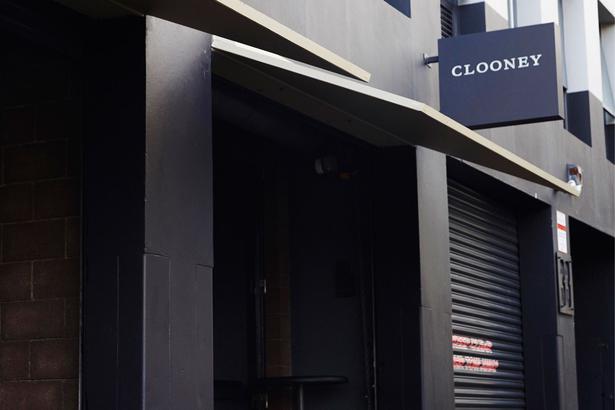 Of the top 10 meals I’ve eaten in Auckland at least two have been at Clooney. But on October 13, 13 years to the day since he opened its doors, Tony will permanently close them. By doing so he will finally give his lungs and body a break and take his heart home, where he will spend some real time with his wife Jorjina and their 12-year-old son, Jude.

Over 13 years there is plenty to be proud of — the move to 100 per cent New Zealand produce, the pop-up Kiwi restaurant he opened in San Francisco during the 2013 America’s Cup. In current chef Nobu Lee and, before him, Jacob Kear, Tony lured two of the world’s great talents to a little back street in Auckland, and we were all the beneficiaries. Nobu — “disciplined, focused, accurate” — will keep cooking six nights a week until that final Sunday.

There are no second thoughts, but Tony agrees that life without Clooney will be “bizarre”.

“You’ve seen me run around the floor, it’s what I love. It’s just me. I love the energy, I love the leadership but . . . these days it’s just not the same. Between stress and the work hours and what’s required to succeed, it really does have a detrimental effect on my health.”

Plus, he says “recently I’ve been looking forward to [Jude’s] Sunday soccer more than anything else I do.”

READ: Why It's The End Of An Era For Cult New Zealand Brand Miss Crabb

There is a potential buyer for Clooney and Tony has a loose career plan for himself too, possibly promoting this country to an international audience. “There are so many things wrong with New Zealand’s culinary identity and I’d really like to be a part of nurturing it.” Whatever he does, it will be with the same passion and drive that has fuelled his 30 successful years in hospitality.

A life-threatening disorder will define a person — not always in the way you think.

For a short period between finding out about Tony’s medical condition and meeting him for this story, I’m ashamed to say that I felt something like pity for him. But cystic fibrosis hasn’t made him weak, it’s made him strong. I can see, too, that it’s turned him into a leader, somebody with compassion, the sort of man you hope your son grows up to be. For 13 years we are lucky to have had him behind the helm of such a game-changing restaurant.

Fresh look, new chef . . . Jesse Mulligan checks out the changes at The Grove