S.P.Q.R’s long-time co-owner Chris Rupe talks to Sophie Burton and casts an eye back through the history books, recounting the parties and the people at the iconic bistro.

S.P.Q.R and I met when I wasn't old enough to go inside. It was hot, and I wanted to drink fizz from the flashy orange bottle like those slouched in the black Eames chairs outside. The atmosphere was boisterous, but like all things pitched above your age, completely intimidating too. I skipped past with just a memory, yet the lot of them probably spiralled out of there late, nursing woozy heads in the morning, a dutiful payment for having that much fun.

Such is the nature of S.P.Q.R, a Ponsonby Rd eating and drinking institution from back when the strip wasn't such a polished piece of Auckland real estate. Over the years, this cavernous bar and restaurant, with its line-up of sidewalk tables dressed in white and ivy-covered corners, has been a fleeting home for every kind of company. Come one, come all - that's their ethos. Regulars needn't look at the Italian-style menu to know what they'd like to order. And some frequent the tables here so often you could be forgiven for thinking their diet consists solely of oysters, champagne and espresso martinis.

S.P.Q.R has had plenty of guises, too. It's been the new weird kid on the block, and has played raucous 90s child with considerable aplomb. After such spirited stages however, it can be horrifically easy for a place to wither and die, a lifetime's worth of adrenalin pumped out in a blur, a cocktail-addled sprint to the death. Such a dire forecast was not for S.P.Q.R, however. Having surpassed the 20-year mark, the place is now a nicely worn icon of the area, infinitely wiser and more welcoming, but still spilling over with enough buzz to keep us coming back for more.

As staff, regulars and friends celebrate the launch of S.P.Q.R's new cookbook, owner Chris Rupe recalls, quote by quote, what makes S.P.Q.R such a fanciful part of Ponsonby's past, present and hopefully, its future. 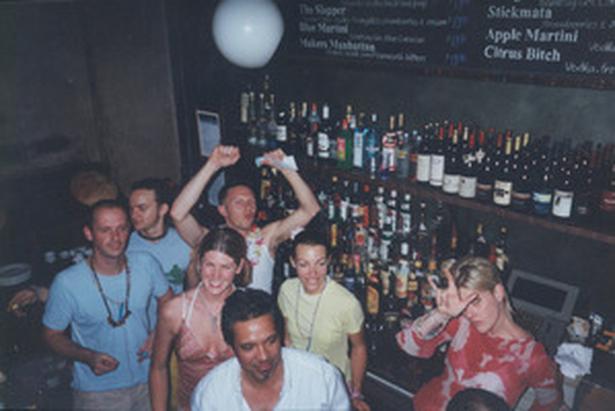 THE HERO PARADE
"The first one was electric. It was the summer of 95 and Osh would have had a field day. People were sitting on balconies and hanging out of windows. Thousands of people crammed the pavements from one end of Ponsonby Rd to the other. The floats just kept coming, there were no rails up or anything like that. The music was loud, the crowd was loud and the outfits were especially loud. There was no shame. Everyone went all out."

CELEBRITY ENCOUNTERS
"From time to time, famous faces have visited us out of the blue. One night, not so long ago, Duran Duran turned up with a posse of girls, and you know, word went around town real quick. They sat in the corner by the ivy and stayed the whole night - all six of them crammed around the table. Plenty of older googly-eyed women came in that night, just hoping for a peek, really. Mick Jagger came in once, too.

It was rather Hollywood, actually. He sat in the corner with his lady friend, and they ordered a glass of wine each and a margarita pizza. It was the only time I've ever rung the media. He was the exception and a bloody good one, too. Jagger stuck around for an hour, and as he was leaving, a black SUV pulled up outside the entrance, wound down the window and managed to get a good pap shot. Shortly after, his car pulled up, he assumed the lotus position and they drove off." BATTLE OF PURCHASE
"Everything good in life is a struggle, isn't it? Taking over S.P.Q.R from its previous owners was hard. One minute it was happening, the next it wasn't. The place was first owned by cinematographer Stuart Dryburgh and then partner, Dorthe Scheffmann. Then Kelvin Gibson (long-time Prego owner) bought it, and Anthony Evans and I came along for the ride. I eventually bought the whole place with Paula Macks after Anthony died, in 1998, continuing on what we had started."

THE PARTIES
"There have been so many of them. All dress-up, some with drag queens, guys wearing bowls of fruit on their head, that kind of stuff. The 90s, early 2000s were big for this, everyone dressed with anticipation. The parties were actually a way for us to say thank you to our friends and regulars, and all drinks were on the house 8 o'clock to midnight.

Quite often, I would wonder, 'should we have organised this party?' Because it would be quiet, and then at 8.02pm people would just pile in, and then you could hardly move, everyone happily squashed in like sardines. Guests got wild, the bar top became a dancefloor and you never knew who went home with whom, really. 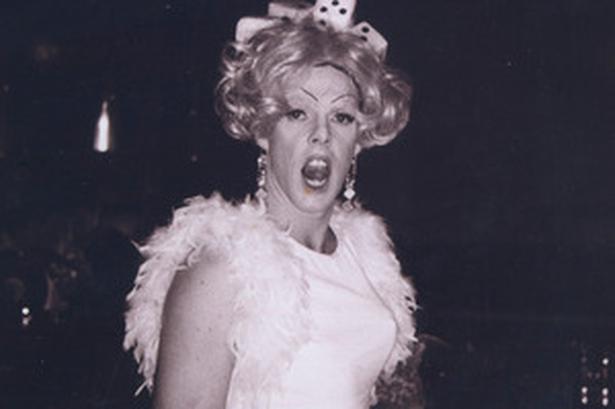 S.P.Q.R has played a fanciful role in Ponsonby's past. Photo / Supplied.

We always had a theme, there were Love Boat parties, the Stayers, Players, Queens and Regulars party, New York Leatherette parties - oh, and the cowboy one, that was good. The main battle was making sure our staff turned up to work the next day. It was a crazy period in S.P.Q.R's history, the gay ol' days I guess."

FOOD FANCY
"1999 was when I started really paying attention to the food. Before then, we were really just a bar. People were starting to get a bit jaded by the party vibe; our previously rowdy regulars were having kids, getting mortgages. It was a case of cook or be cooked for S.P.Q.R - we needed to evolve. I spent lots of time over in Italy over the years that followed, learning about authentic Italian cooking, simple flavours and fresh produce."

THE YEARLY DISASTER
"I have had nights where tables have come in, and the whole thing has been a disaster. It happens once or twice a year. I go up and say, 'Look, I'm really sorry, there's a table that comes in once a year or six months, where everything goes wrong from start to finish, and tonight it's your table'. After that I usually gift their whole meal. What else can you do?"

MEMORABLE REGULARS
"S.P.Q.R attracts all sorts of souls. One woman from Westpac Bank is in here every single Friday evening, always drinking Veuve Clicquot. And there's a High Court judge who loves to sit out front and drink sauvignon blanc each week. Everyone has their habits, and it's easy to spot the patterns. We know what they're all up to, usually before they even know themselves."

• The self-titled S.P.Q.R cookbook is out now, with photography by Tamara West. $60