If there’s one grill worth lining up for this weekend at Meatstock — the ultimate barbecue lover’s festival at ASB showgrounds — it should be this guy’s.

Further overseas stints include being flown to the UK in 2017 to organise and run the VIP food for artists and guests at the Glastonbury music festival. Paul has just bought a restaurant in New York, due to open in April.

He’s clearly thrived over the past decade, surviving on little more than a few hours’ sleep a night. Last year alone Paul was running five restaurants while working as the executive chef at Rosie’s Smokehouse, a Kansas-style barbecue restaurant situated on the bustling Rue de la Huchette, where he can still be found smoking wagyu brisket to perfection every night.

“The lifestyle is crazy in Paris,” says Paul. “You can go out for a three-course meal at 4am. You finish work and can hang out and party until whenever. I think in the last two years it's hit me — before that I could run on an hour's sleep and go to work. Not so much anymore. But if I’m working I’m not getting in trouble… idle hands and all.”

“The city is changing a lot,” he continues. “Paris has been hit pretty hard in the last couple of years between terrorist attacks and the strikes and it's changed the restaurant business. Everyone was too scared to go out which was understandable. Now the strikes are just a pain in the ass because you can’t get anywhere. Restaurants are down 80 per cent for last month and are closing left right and centre. We're really lucky that we’ve [Rosie’s Smokehouse] stayed open because we're a new restaurant.” 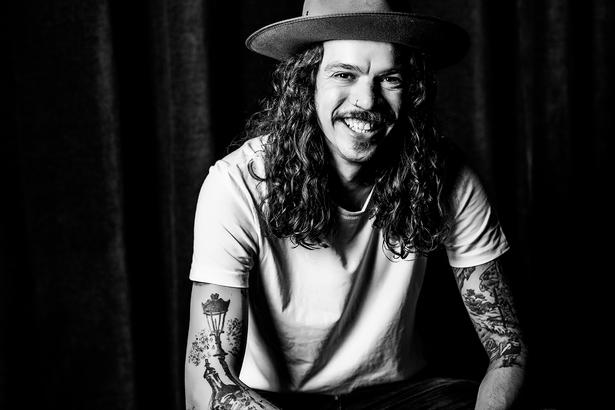 Rosie’s was opened with the help of award-winning Kansas pitmaster Mitch Benjamin, best known at Meat Mitch, who spent three weeks with Paul teaching him all his secrets to smokin’ success.

The sports bar-style restaurant features an enormous smoker and has been a hit.

“The Americans are losing their mind being able to eat brisket in Paris,” says Paul. “The local hipster kids understand but older French people send plates back complaining it tastes like smoke. Or they want their brisket served rare…we’ve been cooking it for 16 hours!”

Paul is back in New Zealand for the first time in six years to cook at this weekend’s Meatstock alongside with Mitch. The close friends have also competed together in the prestigious Memphis in May BBQ world championship and walked away with two awards.

“Memphis was chaos — I really didn’t understand how big barbecue was over there, and then these guys were celebrating being placed 30th,” says Paul.

“It was all these big dudes with beards, so it was hilarious. I’m walking around getting the s**t kicked out of me because I’m this skinny kid in a white T-shirt and they’re telling me I don’t know anything about barbecue. Then we got two awards, which is unheard of in your first year, so that was cool.”

There’s lots on the menu for Meatstock Auckland — “definitely brisket, ribs, wings, and Mitch is huge for sauce, last year we got second in sauce,” says Paul — and the lads should be in top form behind the grill.

“Mitch and I run around and leave everything to the last minute, but it always works,” laughs Paul. “Our relationship is gold and we’re family forever now. He’s always happy and laughing which is exactly what you want to be around. The two of us together is like good and bad... I guess we balance each other out.”

His top tip for barbecue masters at home? “Patience...it’s all in the patience. And cold beers.”

After more Meatstock competitions in Kansas, Memphis, and Chicago over the next few months Paul will head to New York. He’s reduced his consulting work to focus on opening the new restaurant there, in the prime Bleecker Street location, and will move to live in the Big Apple too.

The French bistro and creperie ‘ Chez Suzette’ will seat roughly around 45-50 seats — Paul's still not quite sure.

“It’s big enough,” he says. “This whole thing happened a little bit quicker than I thought... we’re talking about it and then my business partner told me he’s bought it and we start in April. I’ve now got to pack up a life of six-seven years in Paris."