Picture a day winery-hopping and places like Hawke’s Bay, Marlborough or Central Otago spring to mind. These destinations have put New Zealand on the map as grape-growing regions, attracting crowds of visitors to their cellar doors. But Aucklanders have an often overlooked wine region right on their doorstep. West Auckland is home to a concentration of boutique artisan wineries growing lush vines in the hillsides and valleys of Kumeu, Ararimu and Waimauku.

READ: A Guide To Getting Around Hawke's Bay Wine Country

This region has been producing award-winning wine for more than 100 years, and a group of local winemakers have teamed up to get out the message with Wineries Out West, a collaboration dedicated to promoting their historic grape-growing region — in the hope that more New Zealanders will discover what they have to offer.

Wineries in the collective are Babich Wines, Coopers Creek, Kerr Farm Vineyard, Kumeu River Wines, Mazuran’s, Soljans Estate Winery, The Hunting Lodge, Twin Totara and Westbrook Winery, each with lively cellar doors within close range of each other. There’s always been a healthy dose of competition and co-operation among these pioneering wineries and this initiative brings them together to promote interest in the region, and encourage visitors to their cellar doors, just a short drive from the city. 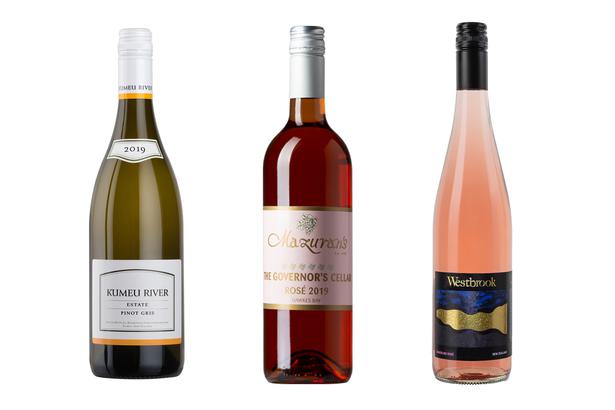 West Auckland was the centre of the country’s wine industry in the first decades of the 20th century. Most of the vineyards were small family-owned operations of Croatian origin, and many still are. Tony Soljan, the managing director and head winemaker of Soljans Estate Winery, is a third-generation Croatian winemaker, who recalls there were about 75 wineries in Henderson and Kumeu in the 1950s. “Sixty-five were Croatian families, so their influence was strong,” he says.

Soljans was established in 1937 on Lincoln Rd in Henderson, the so-called “Wine Rd of New Zealand” with 13 wineries by the 1950s and 60s. Development in the area turned it from a rural wine-growing region to an urban industrial zone, which impacted on Soljans’ production. 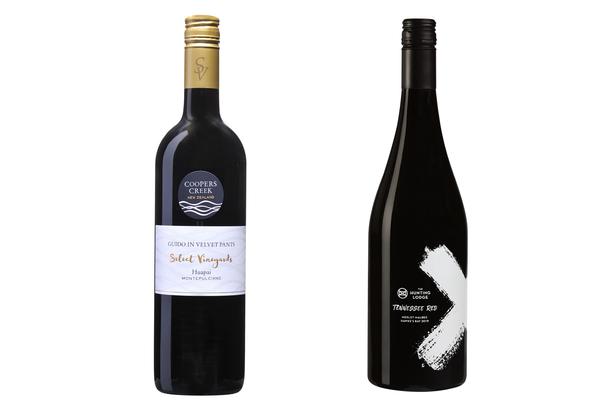 “We had two options,” Tony says. “Sell up and retire or build a new winery and continue to build on the family heritage that previous generations started.”

The Soljan family opened their Kumeu winery in 2002, one of the few vineyards producing methode traditionelle, as well as chardonnay, Bordeaux reds and aged tawny port. The move, Tony says, “was definitely the right call”.
Every Easter, Soljans Estate throws a Berba festival — a tradition that goes back centuries — with grape-stomping, Croatian folk dancing, winery tours and tastings of the new fermenting wine (Novo Vino). Tony says it’s a fun way to remind people of the industry’s roots in the area, when the original wine-making families helped each other, and as a result built a close-knit community of vintners.  “All the wineries have something different to offer and a different story to tell, and that is always the fun side of visiting wineries — the people.” 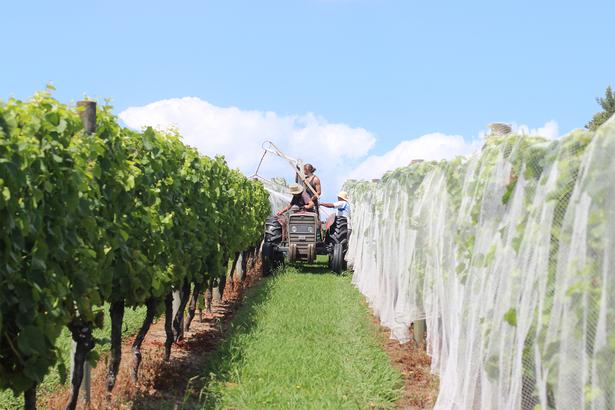 Another third-generation wine maker and CEO of Babich Wines, David Babich, says his grandfather Josip Babich was drawn to West Auckland because of its strong Croatian community. Auckland’s growing population also offered an opportunity for Josip to sell his wine to an expanding market.  “He and his brother bought the property in 1911 with proceeds from gum digging,” says David. “It took several difficult decades to turn it into the vineyard and winery operation my grandfather wanted, but through hard work he got there.”

Babich’s winery in Henderson Valley carves out 11ha of countryside that today is surrounded by suburbia. The expansion of Auckland City in the second half of the 20th century saw land values soar, making viticulture uneconomic in many areas. But Babich’s Auckland headquarters remains. It’s one of 13 Babich-managed vineyards around the country and is the “heart and soul of the operation”, despite Henderson’s rapidly changing landscape. The cellar door has wonderful vineyard views, making it feel far removed from the sprawl of Auckland. The team is in the process of replanting the vineyard with albarino, a grape that can manage higher rainfall. David says West Auckland has a track record for making complex and savoury chardonnays, and less well-known varieties like pinotage and chenin blanc. “But we think the future is in albarino,” he says. It’s one of 13 varieties — and six organic wines — produced by the winery, including its Marlborough sauvignon blanc, which has been an international success. 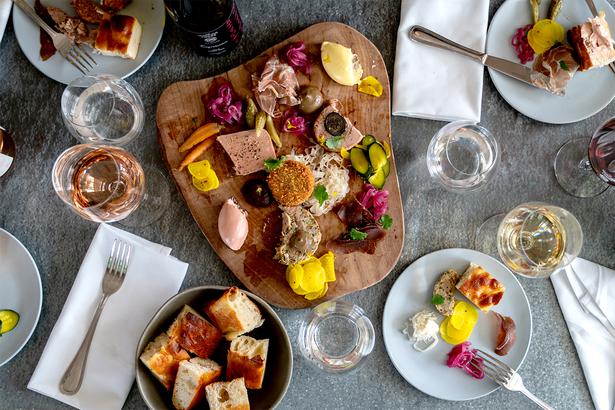 The delicious platter spread at The Hunting Lodge. Photo / Supplied.

The Wineries Out West initiative isn’t the first time West Auckland wineries have banded together to promote their cellar doors. “The wineries have always worked together,” says Tony. “In fact most of us grew up together.” The 80s saw a group of Auckland wineries pool resources to endorse wine tourism for the region, tending to business matters, but also sharing stories, drinking and playing pool. “Between then and now a lot of us focused on the export markets,” says David, “But it was decided that we should resurrect this earlier effort with Wines Out West.”

Westbrook Winery, established in 1935 by Mike Ivicevich and run by son Tony and wife Sue, is nestled in the Ararimu Valley, Waimauku. The valley has a microclimate all of its own, with a body of water (wai), and soil great for growing chardonnay, pinot noir, pinot gris and malbec grapes. “Every Waimauku chardonnay produced off this block has won a gold medal or five-star award for the past 20 years,” says Westbrook cellar-door manager Tracey Larson, “This is truly special stuff.” As well as producing its own methode and sparkling rose, Westbrook brings in grapes from regions like Hawke’s Bay and Marlborough, which means “visitors can try wines from all over New Zealand in one place. No other New Zealand wine region does this. Auckland is sometimes referred to as the forgotten wine region. People forget that the wine industry really started and took hold in West Auckland.” 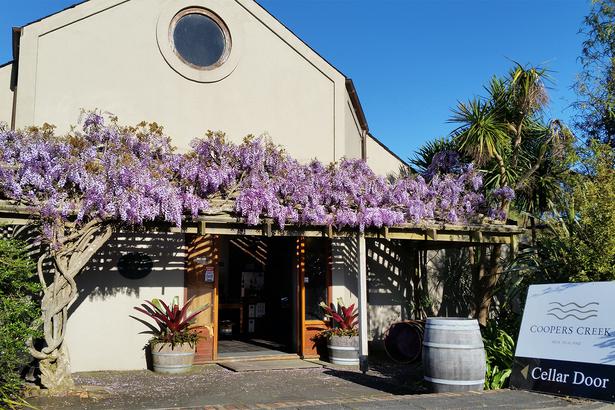 Westbrook is bordered by Riverhead Forest, with covenanted bush to the north, making it feel like a secluded rural hideaway. Lush green grass slopes down to the river, with tables lining the water and plenty of spots to unfurl a picnic blanket under the trees. The cellar door offers wine and cheese tastings, mini degustation and pizzas. Try the “world-famous” Crackling Rosé (so called because of its hint of fizz), which sells out every year and is always a hit at the cellar door. “It’s perfect for pretty much any time of the day,” Tracey says.

Another cellar door on the wine trail is Coopers Creek, just outside of Kumeu-Huapai and right next door to The Tasting Shed. Founded in 1980 by Andrew and Cynthia Hendry, Coopers Creek is a teenager in comparison to some of its older counterparts. It made some bold moves in the 2000s, introducing viognier, albarino, arneis, gruner veltliner, marsanne and montepulciano, which were relatively new varieties to New Zealand at the time. That innovation is down to “a combination of Simon Nunns, who was our wine maker from 1998 to 2019, and Doug Bell, principal Gisborne grower from about 2003 onwards, being keen to try new varieties”, says cellar-door manager John Palmer, who’s been with the winery for 20 years. This family-owned operation has also earned a reputation for producing classic, regional wines. The winery sources grapes from the regions they grow best, including Marlborough, Gisborne, Central Otago and Hawke’s Bay, while the Kumeu vineyard produces pinot gris, montepulciano, and rosé — which is always on offer at the cellar door. Visitors enjoy the “fairly rustic and casual ambience” of the cellar door, says John. “There’s usually an open fire over winter, lovely grounds for picnicking over summer and we are famous for our summer Sunday jazz concerts from January to Easter.”

It’s this diverse range of wineries, each with a unique purpose that makes the West Auckland region special. “You can’t buy history,” Tony Soljan says. “You have to live it and use it as something to look back on with pride, while looking ahead for fresh goals and ways to make new history. We all have the same goal, to make our area recognised as the friendliest wine region in the country.”