Where to Eat: Fortieth & Hurstmere

A new market-style eatery has opened in Takapuna Rewind a few years and Takapuna locals had rather limited choices for eating out. The beachside suburb was not the dining destination it is today.

After the welcome addition of Takapuna Beach Cafe seven years ago, the McKenzies Project (which includes The Commons, Mexico and more) opened in 2012 and two more dining precincts have opened in recent months, while Josh Emett’s Madam Woo is set to arrive in May. 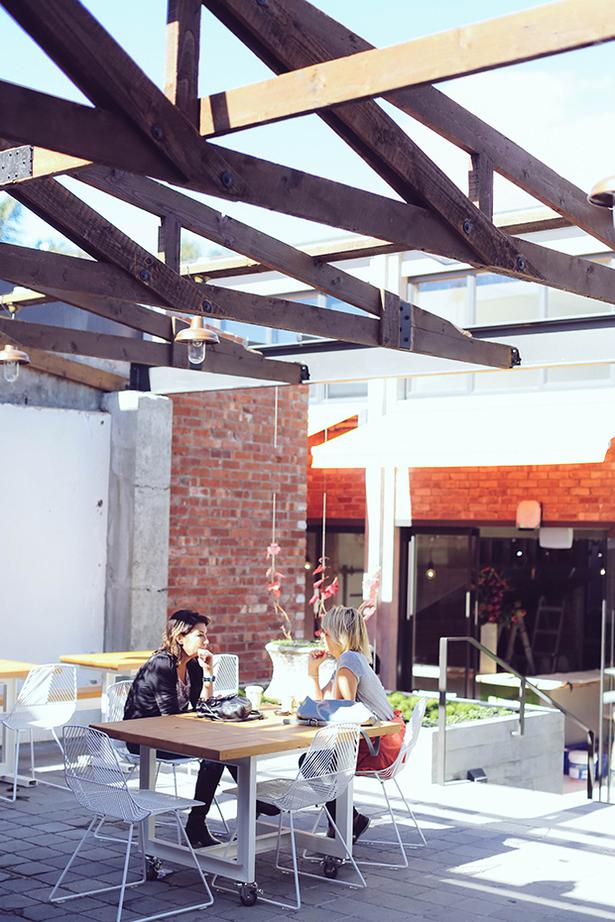 “We wanted to develop a unique environment that gave the impression it had always been there”, says Debi Rowan, managing director of Verve Property Management.

She’s right — the open-air destination slots cleverly into the street front, making it hard to remember that it was formerly a shop — although before its retail stint, the space was a lane.

With a number of similar walkways connecting the main shopping strip to the Anzac St carpark, Takapuna could one day become known as a laneway destination. A mini-Melbourne if you can stretch your imagination quite that far.

Fortieth & Hurstmere is home to the first permanent location of mobile coffee business Kombi Coffee (complete with built-in kombi van, pie-warmer and gelato stand), and second and fourth locations of Dante's Pizzeria and Bird on a Wire respectively.

Dante’s, which has an outlet in Ponsonby Central, has been rated New Zealand’s best pizza and is heading to Italy to compete in the World Pizza Championship in May.

You will also find newcomer El Humero Colombian Grill, a traditional barbecue restaurant, featuring wood-fired and charcoal-grilled meats. Two more vendors are expected to open in the next month.

Where to Visit: Phil's Kitchen

Interesting new eateries are springing up all over Auckland at a swift clip, many of them in the 'burbs

He lent over the dinner table and said, "...