The service wasn’t terrible at Morell but it was a bit tone deaf. I’d give them an A-plus for effort, a B-plus for competence and somewhere south of C for charm, that less tangible but more memorable pillar of service that either makes you want to return the following week or never darken their door again. I would go back to this restaurant if I only had to eat the food, but I truly don’t think I could survive another minute of the banter.

“Oy vey!” our server shouted when I asked him to recommend a couple of dishes and “Nooooo, too much!” when I tried to pick one myself.

“Where do you get asparagus at this time of year?” I wondered.

“From the kitchen!” he replied. 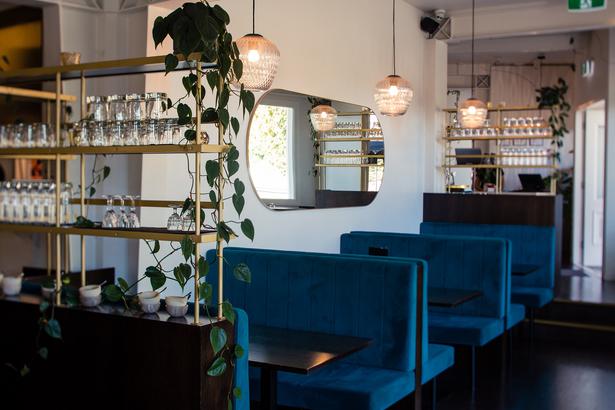 He was possibly the first person in history to refer to gurnard as “the poor man’s crayfish” and offered that the “raw fish” on the menu was “basically a ceviche”, the first time I’ve had a literal menu description explained by a foreign word, instead of the other way around.

But the dialogue doesn’t quite do it justice because it was the frequency and intensity of the visits that did most of the damage. I usually barely notice staff replacing cutlery, for example, but here it was painstakingly slow and deliberate, like a stalker gluing newspaper cuttings to a love note.

Things were going better in the kitchen, where a chef of good talent and experience is operating effectively, if comfortably within his limits. He wandered out to say hello at one point and was such a lovely chap I wondered if they should find a way to include him in the front-of-house experience — hard when you’re busy of course, but I think it would add a lot. 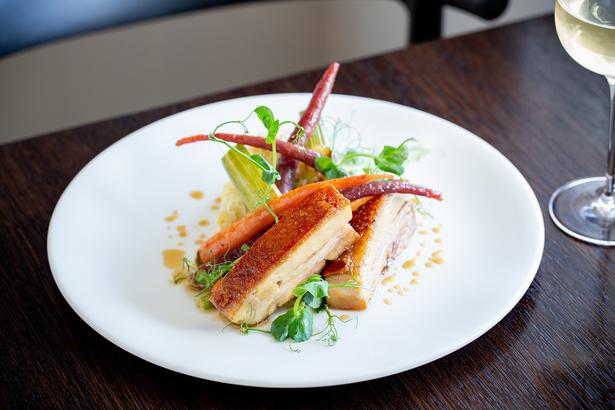 I like his cooking more than his menu, which has bits and pieces of everything but too much variety to really work out what this restaurant is all about. It’s a neighbourhood bistro, where you shouldn’t be upset about a chicken curry sitting next to a handmade pasta or a sizzling tortilla, but where you should be able to look at the thing as a whole and see a cohesive meal. But this is a menu of two halves: a very international selection of shared dishes, from dumplings to tacos, and then a bunch of entrees and mains that are mostly Italian and unmistakably for one person only.

READ: Jesse Mulligan Finds A Bistro Good Enough To Be His New Local

Almost everything we ate was good. The parfait was a lovely way to start, silky smooth with a madeira jelly and cornichons, alongside a beautiful house-baked, charred brioche. The pate to bread ratio was a little high, as usual, but we were reluctant to fill up on wheat so didn’t order more. It makes me wonder in this gluten-reluctant age — is it time for us to find something else to spread pate on?’ I don’t mean, like, a celery stick, but I’ll take other more delicious ideas on a postcard please. As you’d expect from an ex-SPQR chef, the pasta is very good. A pillowy, buttery crayfish ravioli was one of the best things I ate, although I didn’t get much out of a garnish of pea tendrils: the pubic hair of microgreens. A spanner crab tagliolini was light and luxurious and next time I would go for the walnut risotto, two words which create little brain fireworks every time you see them together.

But I choked a bit when it came to ordering a main, because everything looked okay but nothing seemed unmissable. This was not for lack of direction from the waiter:

“When was the last time you had a good pork belly?” he challenged us, as if he had just named a rare, exotic protein rather than the single most common cut of meat in Auckland dining. 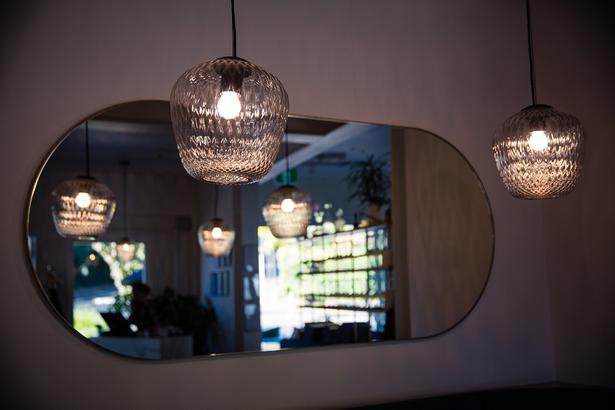 To be fair, someone did order it and it was cooked very well, but I got only a mouthful because I had requested lamb, a meat I almost never enjoy unless it’s cooked slow and heavily spiced. Anthony Bourdain used to make fun of restaurant chicken, saying it was for people who couldn’t make up their minds, but I think that in New Zealand lamb now occupies that spot, and I am embarrassed to be falling into this trap so regularly. I should have had the haloumi which, with pomegranate molasses and a handful of nuts, had every taste and texture you could possibly require in a mouthful.

Morell is a lovely room in suburban Remuera, and I suspect it is a well-loved local. You might visit and chance upon great service, and if that was the case I think you’d find little to complain about here. If you live in the area you should drop in after work for a good glass of wine and a snack — a bit more neighbourhood support might reassure the chef that he’s chosen the right suburb to set up shop.