The Butcher’s Son is pub food for vegans, a less-refined version of something like Little Bird in Ponsonby.

Whereas chefs at the latter dehydrate kale leaves overnight then spin them in a tincture of Huckleberry top-shelf curiosities, The Butcher’s Son is more of the “half a baked eggplant with some dahl on it” sort of vibe.

It’s unlikely they’ll ever bring out their own cookbook, but plant-based eating could use some demystification and, based on how busy it was, the concept seems to be going down well. 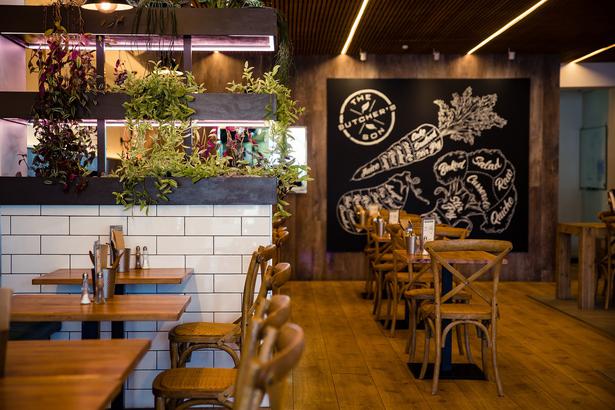 Eating at Little Bird can sometimes feel like being at a Juliette Hogan autumn preview but there’s a more mixed crowd at Butcher’s in Herne Bay — from the scarcely believable visages of local millionaires to the several hairy hippies who’ve given veganism such a hard-to-shake image.

I’m no oil painting myself right now, bearing the permanent dishevelment of a new father, some prominent bike accident wounds and the extra weight from a month of heat-and-eat dinners. There’s a good chance the hippies were looking at me thinking “For God’s sake, man, have a shower”, so believe me, I appreciated the more relaxed standards.

READ: Where To Find Jackfruit On The Menu In Auckland

We were there for lunch on Anzac Day and if that sounds insensitive to you can I say that we were sitting next to a Tinder date? You must need some real cojones to meet up for stranger sex right after the dawn parade but whatever gets you through, I guess. As I said, it was a mixed crowd and I think I’ll nominate this as my favourite place for “people-watching”, a concept that was popular in the 90s before everyone started staring at their phones instead. 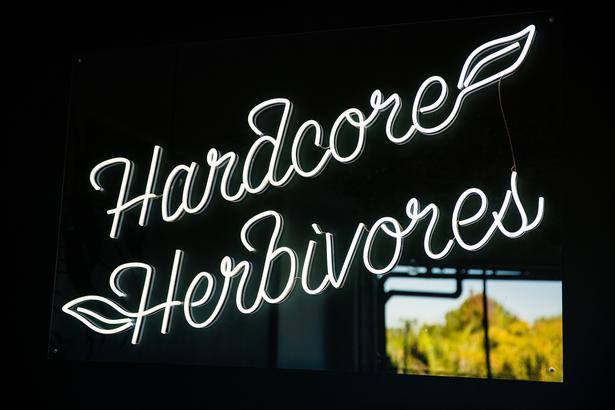 The drinks list is great — thoughtful wines and a range of Garage Project projects for the beer drinker. Non-alcoholic drinks were duller — we split a good-enough beet smoothie but the rest of it was stuff you’d get in any old restaurant; I hope they’ll take another look and add a couple of options you could find only here.

READ: This Ponsonby Restaurant Gets A Near-Perfect Review

The restaurants around here are easy to mix up with each other — you can return to one you particularly liked last week and be comfortably seated at your favourite table with a prosecco before realising that you’re two doors down from where you’re meant to be. But Butcher’s is a step up from the cookie-cutter standard, having found space for an extra room and a bit of interior tomfoolery, all of which makes you feel like you’re in a devoted space that is here to stay. I hope that’s true, because the staff are nice and the food is good. 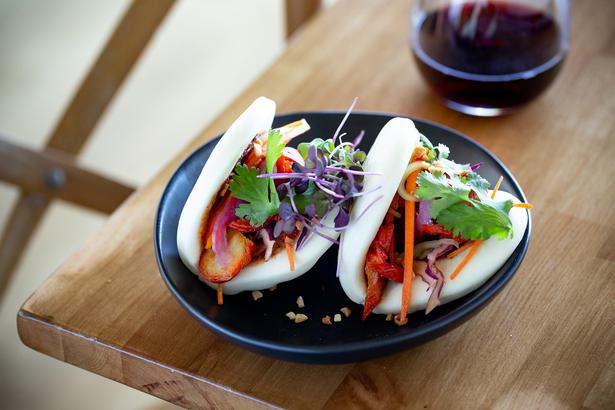 Anti-vegans get cross about faux meat but they should save their energy. We had a good “pork” bao bun that gave the same chewy, moreish mouth happiness that real pork does and the use of the “p” word was a helpful shortcut when we were ordering. People don’t tend to avoid meat because of the mouthfeel, they do it for admirable ethical reasons like saving the world and impressing girls at university.

READ: Jesse Mulligan Finds The Spiciest Dish Ever In Parnell

So if you can achieve those goals without giving up the flavour that meat provides why wouldn’t you do it? Plus “renatured, textured vegetable protein” doesn’t exactly make your mouth water when you’re reading the menu.

There’s a new planty ‘KFC’ I deeply approve of, and when it’s done well you might even choose it over the original finger-lickin’ stuff. The ‘C’ is cauliflower, broken into florets then spiced (sometimes battered) and deep fried to delectability. Here at Butcher’s it’s a recommended order, served with charred pineapple and chipotle in little roll-up tortillas, which are served cold, surprisingly, but otherwise perform their job well. 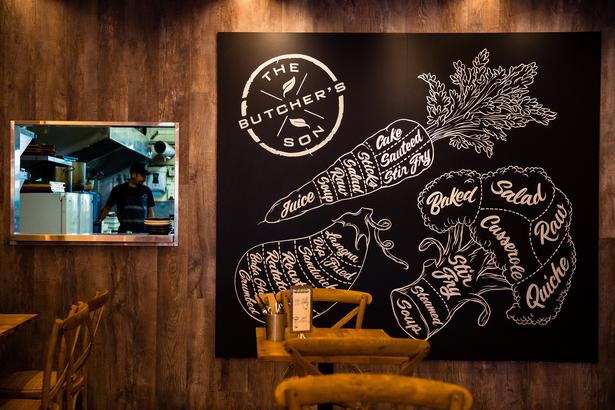 Like a lot of other things on the menu those roll-ups needed spice, and I think a bottle of hot sauce on every table would be a good investment. You can improve or fix almost anything with salt and chilli, and offering it free-flowing as a condiment would be an inexpensive act of generosity from the kitchen.

My favourite was the mushroom pate — a great use of this tricky vegetable and its undeniable but sometimes hard-to-access deliciousness. The pate was silky smooth and, just as real pate sometimes comes under a layer of fat, was served with a thin cap of cashew butter which added further luxury to each bite.

Burgers are a real honey trap for the hungry but my view here is that they’re not quite as good as the rest of the menu. Ideally you don’t find yourself sitting in a vegetarian restaurant wishing for meat, but that’s the unhappy effect of a beet pattie that doesn’t quite have enough oomph.

Still, there are loads of good eating options and these sorts of restaurants keep Auckland feeling like a 2019 city. I’d go back any day, and I reckon they’ll just keep getting better.

Craving something comforting? Sink into the warm flavours of this divine eggplant soup