Viva’s drinks issue is a good time to reflect on the role of booze in a restaurant meal. Some nights you’ll find yourself ordering a drink as quickly as possible, something to jolt the bloodstream and help wash away the tension of the day. Nothing wrong with this but we probably shouldn’t pretend it’s more than it is — a drug delivery system dressed up as high culture.

On the right occasion though, wine or beer with a meal is a little culinary mouthful of its own — you’re not ordering it to get doped but because somebody hundreds or thousands of kilometres away has put their life and heart into making a drink that’s truly special. You can sip on the wine they’ve made and get a taste of that grape on that farm in that particular year, embodied in a liquor that has been painstakingly aged and stored to create balance and all kinds of surprise fireworks in the mouth. On these occasions the tipsiness is almost a distraction — you crave the sobriety so you can keep this moment of consciousness just as it is for as long as possible. 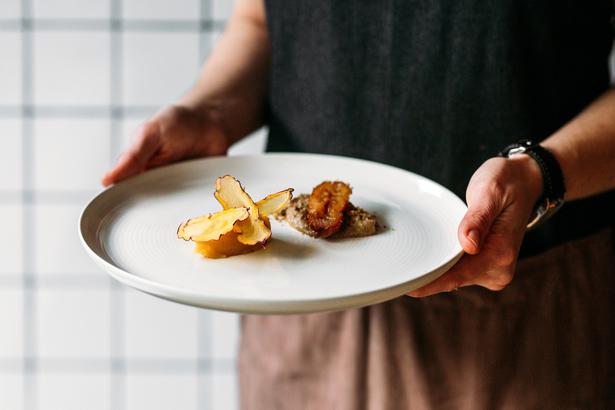 Though drinking during the day has an unfortunate reputation, lunchtime is when I’m most likely to approach a glass of wine with this latter discrimination. And so it was when a television colleague and I sat down at Hillside Kitchen in Thorndon, Wellington, a few hours ahead of my interview with chimp princess Jane Goodall. I didn’t want to meet the world’s most famous primatologist stinking of grog but with a few hours to spare, a little wine match seemed appropriate.

READ: What You Need To Know About Natural Wine

And so we ordered an orange, natural wine. Not the sort of thing students line up to do shooters of on a Friday night, an orange wine is chewy, challenging and unfamiliar. The grape name on the label will usually be something you know but only an expert could take a blind swig of what we ordered and identify it as pinot gris. For all this, it works beautifully with food and is served here by the carafe — something between a glass and a bottle and an appropriately modest quantity for two men at lunch who didn’t want to end up at a strip club by tea. Hillside is a very appealing room which, though small, has enough design thinking behind it to operate efficiently as a restaurant. Across the road is the Prime Minister’s front gate, where the security is high and every visitor is checked. At one point a dirty van drove up and I thought “hello, one of Clarke’s old mates is dropping off some burly” but it turned out to be a plain-clothes My Food Bag courier, giving all of us in the front window something to gossip about.

We ate a very well-priced tasting menu, comprised of the now ubiquitous snacks, followed by four courses plus a refresher and petit fours, the curse of degustation dining (does anybody look forward to this post-dessert fancy lolly-chocolate combo?). Everything happens to be vegetarian, which I hadn’t really clocked until part way through the meal but which says something powerful, I think, about the imagination and ambition of the chef.

Our opening course featured delicate, seasonal, wild, foraged mushrooms of all shapes and flavours. They were arranged inside a pastry shell and tasted of wild winter days, though the design was a little tricky, regarding both how many bites to consume the tart in and how to pick it up in the first place, as it was sitting in a puddle of puree. 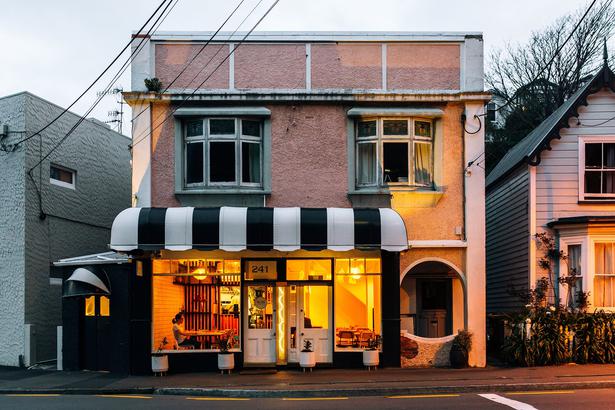 The restaurant is located across the road from the Prime Minister's residence. Photo / Anna Briggs

Each dish was stunningly picturesque and the flavours clear and harmonious. At worst you might say some of them were one-note — a barley risotto most obviously but also a deconstructed potato-and-leek soup, which didn’t have a lot else going on, delicious as the combination was.

The kitchen is low waste in a typically progressive Wellington way — the potato skins are used to make a broth and leftover bread crusts turned into tart shells. The taste of the homemade sour dough is well worth preserving, and served with a rare and beautiful aged butter. The residual buttermilk is baked into a dessert pie which, with a cumin grilled feijoa and horopito ice cream, is the single most delicious thing in the building.

You can’t always get into Rita, my favourite restaurant in Wellington (and New Zealand), but you’ll have a very fine time at Hillside, which is open much more often and where they’re just as eager to please. It’s not quite reason enough to fly to Wellington, but I highly recommend a visit while you’re there.