If you pulled Seoul Night apart and examined its individual elements you might conclude that it wasn’t much of a restaurant. The food is unfancy, the room is noisy, you feel like you’re in a bar rather than a dining room and because it’s almost underground there is no view or natural light.

But you’d be missing the point, because this is a restaurant for people who don’t want the usual stuff; people who have lived and worked in the city so long that the built environment is reassuring rather than unnatural. Forget landscape paintings and panoramic views of the ocean: Seoul Night is a tribute to urbanism, and should be enjoyed as such. 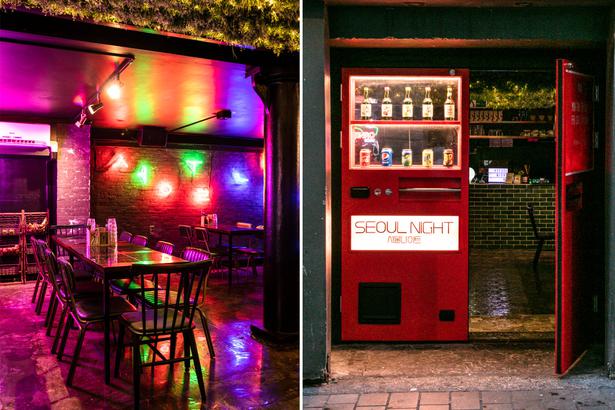 Seoul Night is a tribute to urbanism. Photo / Babiche Martens

Which is not to say that it couldn’t make a few improvements. The beer list is pretty dreadful, and this is food — fried, spicy, fatty — that would go beautifully well with hop-forward, interesting brews. Cripes, even a Mac’s Gold. There is no standard wine, as far as I could see, so if you don’t fancy Korean Hite you will need to drink a liquor called Soju, out of the comfort zone of most Auckland diners but not a bad appetiser before you switch to the bland commercial lager.

It is a fun place to eat. The crowd, young and diverse, seems to have caught the vibe — that you come here to meet up with friends and the good food is just a happy accompaniment. The chalkboard is filled with flirtatious banter (written in Korenglish so I’m afraid I can’t give you the full translation) but it’s hard to imagine hooking up with a stranger here — it’s table seating from wall to wall so unless they break out a dance floor later you’d have to do some major musical chairs just to get an introduction. Either that or linger in the bathrooms and hope for some chemistry when you hand over the complimentary mouthwash.

As a compulsive over-orderer I’m used to waiters trying to intervene for my own physical safety, but I’ve never had one say “Wait, too much food!” this early.

I’d asked for some chicken and a bit of pork belly and I was about to add a rice cake stew when he beseeched me to put a full stop on it. Regular readers will have already guessed that I ignored his advice, and so it was that we left Seoul Night an hour or so later with stuffed stomachs and heaving takeaway containers. The following night I ate leftovers for dinner until I was completely full again. Then the next day I ate as much as I could for lunch before binning the substantial remains. These are big meals.

READ: This Parnell Restaurant Gets A Perfect Review

Fried chicken is fried chicken but it’s always interesting to see the little tilts and innovations each Korean chef employs to make his or her own version stand out. Here they borrow from European cuisine, seasoning the batter with the herb rosemary: a powerful and distinctly non-Asian flavour that nonetheless matches the meat beautifully (breathe deeply with your eyes closed and I’ll bet you can almost smell this dish). I was less excited to see it served with a bowl of honey mustard but, fair play to them, it really worked, and eight million daily Subway customers can’t be wrong. 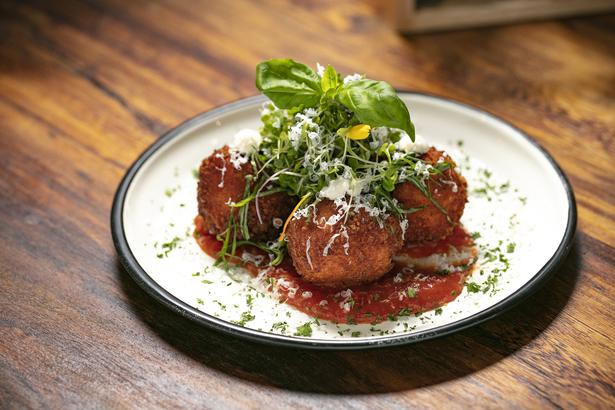 At $32 the pork belly could have fed six people and I am baffled as to how they are making any money out of this food.

It was a tremendously appealing platter, the belly cooked twice and sliced into those beautifully multi-layered slivers that are only possible with this particular cut of meat. Next to it was some Korean greens, crunchy fried garlic, multiple relishes and pickles and, an optional extra we greedily requested, a bowl of cold noodles. Allan took the leftovers home in a doggy bag and I’m pretty sure he is still chipping away at them.

The food is designed to max out all of your receptors — from carb-heavy rice cakes, to crunch-salty chicken, to fatty pork with sweet condiments. Some of the dishes were even more intensely hedonistic — let me know if you get the nerve to order the “chicken and cheese”, which appears to be some sort of fondue situation. The rice cake stew (nice enough but pretty one-note in terms of flavour) was scattered with all sorts of curiosities. Sure you like sushi, but have you tried it deep fried? What about dumplings, surely they too can be improved by being submerged in hot oil for a couple of minutes?

READ: Another Star Joins The Ranks Of Top Indian Restaurants

No, this is not detox food. But maybe a relaxed menu makes for relaxed company. Everybody here seemed happy, and if you were the right side of 40 and had half a dozen friends you hadn’t seen for ages I think I’d send you here ahead of some of the fancier places up the street.