Travel back in time to when Morgan McGlone was aged 5. He’s at the family business — Tiki Takeaways in Tokoroa. His hardworking parents have given him a book to amuse himself while they’re keeping the customers satisfied.

Their gift — Simple Simon’s Cooking Cookbook — introduced the youngster to the creative delights of omelettes and French toast. And it secured him a lifetime spot in the kitchen: one which has now earned him the title of Australia’s ultimate Southern food chef.

There are considerable achievements along the way: the peripatetic chef has worked in top kitchens in the US and New Zealand (including White at the Hilton when it opened in Auckland in 2001).

Perhaps you recognise him from TV: he was a guest judge on the inaugural New Zealand’s Next Top Model, and a contestant in My Kitchen Rules Australia. But it’s his way with chicken that has everyone talking now.

Morgan currently co-owns six Belles Hot Chicken restaurants in Australia, which have earned a fervent following. (The chicken has a Scoville-style spice rating that starts with “Southern” and ends with “Really f**kin hot”.)

“We have fine-dining systems, but it’s a casual dining atmosphere,” says Morgan, who is also a regular consultant for food festivals and ventures, nationally and globally.

Now he’s about to head back to his homeland, for a guest appearance as part of Auckland Restaurant Month. Morgan will be at The Sugar Club to present A Taste of Maori Fine Dining, sharing the bill with Monique Fiso and Neil Brazier.

What does he have planned? “I’ll do a play on crayfish and grits, with native ingredients. But in the style of Southern US cuisine,” says Morgan. “And we’ll also be doing a really cool family-style main course — maybe a hangi.”

He’s on the phone from Melbourne, the home of four of his Belles hotspots. And he concedes that, given The Sugar Club’s location, at the top of the Sky Tower — a hangi may be a bit of a logistical, er, stretch.

Before he gets to Auckland for Restaurant Month, he’ll have been doing a restaurant residency in Copenhagen. Then straight after his appearance at The Sugar Club, he’ll head off once more: to San Francisco. 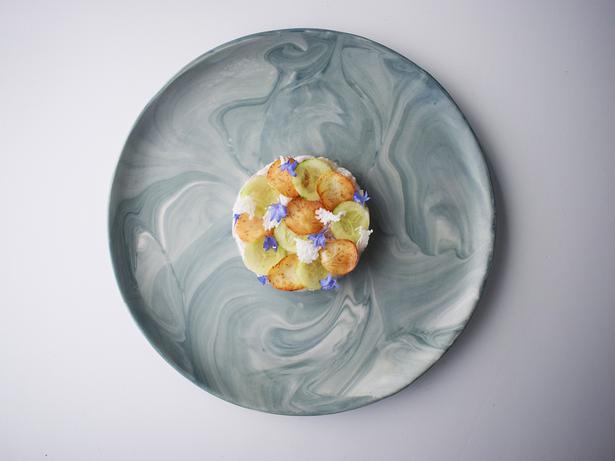 Another Belles is about to open in Sydney; he’s casting his eyes towards New Zealand for the next — maybe Auckland. Maybe Queenstown.

READ: A Twist on Traditional Hungi

His chicken epiphany came on one of his trips to the US, when he teamed up with Sean Brock, working first in South Carolina, then Nashville. It’s those techniques and flavours he has applied to his restaurant chain down under.

He may no longer live here, but Morgan still identifies as a New Zealander. “Absolutely. I’d get beaten up by my mum if I ever changed my passport.”

We have a cuisine to be proud of, he adds. “We’re seeing a different level of acceptance; we used to get a bit of ribbing for our Kiwiana. Now I think we’ve got enough confidence to do what we do with our unique techniques and our unique ingredients.”

Wine was, understandably, not something on his mind when Morgan made his first Simple Simon’s food foray. But should he bring Belles home, there’s another vital local component he wants to add.

“Another major part of our brand is the national organic wines we serve — including some New Zealand ones. If we ever do come back to New Zealand, we want to champion natural New Zealand wines.”

Huami Chef Serving 'A Taste of China' for Restaurant Month

Jeff Tan, the chef behind SkyCity's newest restaurant, promises to dish up a meal to remember for Auckland Restaurant Month