Odettes is a downtown bistro with roaring wood-fire flavours and a charismatic energy, writes Jesse Mulligan

I was meeting a great, old friend to drink beer in the city. “Where shall we go?” he messaged me, assuming (not unreasonably) that Auckland’s premier restaurant critic would be the best possible person to suggest a venue.

But Auckland’s premier restaurant critic lives an unexpectedly reclusive life, spending one night a week eating top-end food and the other six nights on the couch at home watching Billions while his wife breastfeeds. 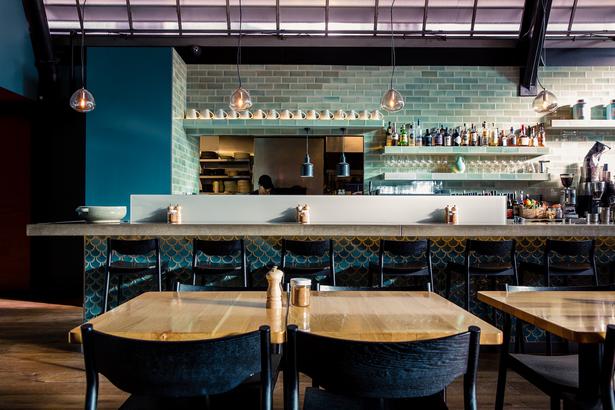 “Is Sale St still a thing?” I texted back, instantly demonstrating my lack of credentials for the job. But I did some research and we ended up at Brothers, a craft-beer bar at City Works Depot.

It was good but I had bigger plans, hoping we could knock off a restaurant review as well, thereby allowing a full seven nights of breastfeeding and Billions the following week. Brothers does a bit of barbecue food via its Juke Joint sub-brand but it doesn’t have enough of a presence at the city outlet to devote a whole page of Viva to, so I decided we’d check out Odettes instead, a restaurant I’d eaten at but never reviewed.

When you’re standing in the carpark it looks like Odettes closed down two years ago, but if you can make it to the front door you’re rewarded with one of the most beautiful dining rooms in Auckland. I love the huge Slim Aarons print on the back wall, a retro Hollywood pool scene which clashes with the modern interior in the best sort of way. 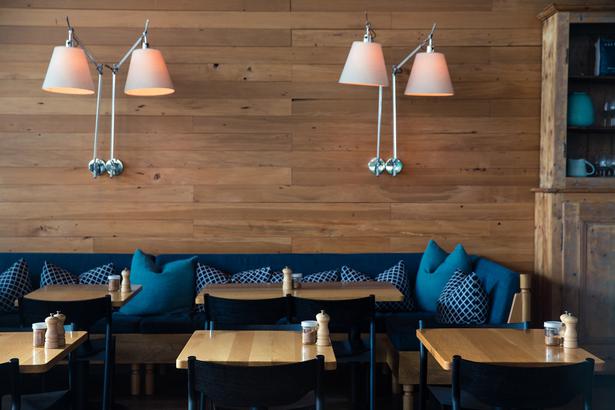 Odettes is open all day, from breakfast 'til dinner. Photo / Babiche Martens

This week marks a sad milestone: the first time I’ll bitch about being unable to read the menu. Something fishy is definitely happening with my eyes but the Odettes’ formula of dark typing on dark paper in a dark room doesn’t help.

“People complain about it all the time,” the manager told me. “Some of the older ones download menu-reading apps for their phone. I’m like, ‘This app is just turning on your phone’s torch. You can turn on the torch yourself.’”

But he was good-natured about it and, as with the food, there was little else to complain about on the service front all night. They don’t all know the wine as well as you might hope, but that’s about the worst you can say about a team that feeds and waters maybe a hundred people a night without seeming to break a sweat. You can’t improve a negroni but there are certain acceptable variations, including the infusion of woody spices. Satya Chai Lounge wins the gold medal for this but Odettes might get the silver, with a more subtle pre-mixing routine involving cinnamon smoke. The beer list is a little humdrum but you’ll find plenty to like on the wine list — “nothing European I’m afraid”, said the waiter, so I ordered one from Spain.

The food offering is very solid, a bistro that leans heavily on cooked meat but also serves loads of great seasonal vegetables. The radicchio is recommended — the bitter leaves aren’t for everyone and they’re trickier than usual here, still attached to the base of the bulb, but that distinct flavour works so brilliantly with segments of in-season grapefruit, mollified by a creamy goat’s cheese. 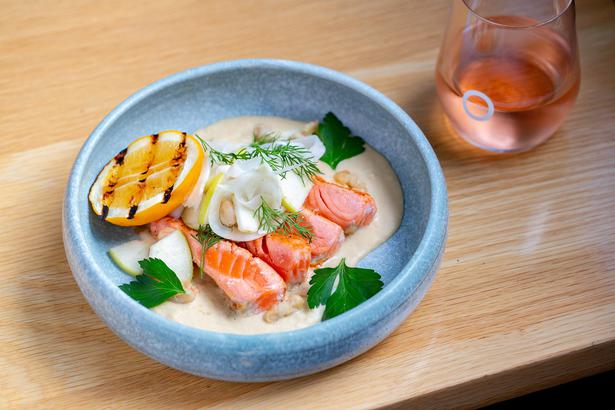 Brussels sprouts are getting better and better in restaurants, I can’t remember when I last regretted ordering them. Here they use balsamic to create something sufficiently sweet and caramelised to exorcise childhood memories.

The slow lamb shoulder and the grilled spatchcock had parts that were a bit dried out by the wood-fire oven, but there was so much flavour around about that it didn’t really matter. The chicken came with feijoas, darkened by roasting but eventually recognisable by their distinctive Colombian tang. The lamb came with labneh and long, green chilli peppers, described as “garden pickles” on the menu but notable as much for heat as for acidity.

I only tried half a dozen dishes but they were all delicious and there are dozens of options on the menu, which has a crowd-pleasing familiarity and enough technique and bravery to keep it in the running come awards time.

The restaurant has a charismatic energy, driven in part by a sense of innovation (the unisex toilets won’t be for everyone; although I think we can all agree on BYO Tuesdays). I personally find that the cheffiness of the food works better in the evening than at brunch, but to keep an all-day eatery full from morning until night is a huge credit to whoever is in charge of the kitchen.