Did you ever have one of those moments when you know you’ve married the right person? Early on at Giraffe a waiter came over with two flutes of Nautilus cuvee, gave one of them to me and dropped the other one into my wife’s lap.

And at the crucial moment, as the glass tipped irretrievably past the 45 degree mark and the pale straw coloured liquid began to spill out and over her beloved light grey Juliette Hogan coat, my wife caught my eye with an expression only I would ever be able to interpret. The expression said “Yoink. This one will be free”. 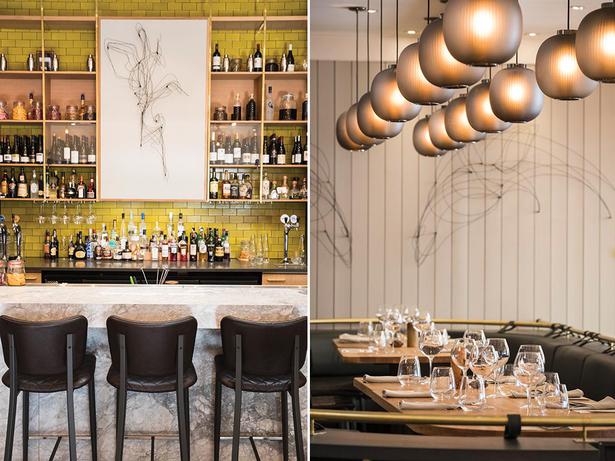 It was, and so was the refill. The waiter must have wanted to throw himself off a building, particularly when the boss took him aside and quietly told him the woman he’d just showered in wine was the wife of a restaurant critic. But he recovered with some grace, and we believed him when he said it’s the first time it had happened in six years of service. Then the restaurant manager stepped in, and we didn’t see a lot of the first guy after that.

READ: The Do's and Don'ts of Bar Hopping

I would have loved to give this beautiful, exciting, unique restaurant a full 10/10, and it wasn’t the spilt glass of bubbles that put me off. Nor was it the spelling mistakes on the menu, or the fact that, over lunchtime, an American tourist had become locked in the bathrooms and they had to smash through the fancy new glass to get her out.

It’s that this is a brand new restaurant and I can’t quite guarantee that the almost perfect experience we had will be the same for you.

One of the more junior waitstaff tried to attend to us at one point and the manager told him he wouldn’t be required at this table tonight. He might have been a 10/10 server, but I wouldn’t get to find out because they weren’t quite willing to trust him with us.

The restaurant is owned by Simon Gault, and you should forget whatever you think you know about him. MasterChef judge, corporate chef, brand ambassador, the guy who was left off the Metro Top 50 and responded by printing a full page recipe for “restaurant critic’s balls” in the New Zealand Herald. When I met him I thought he would be brash, cynical and confrontational but, in fact, he is thoughtful, personal and warm. 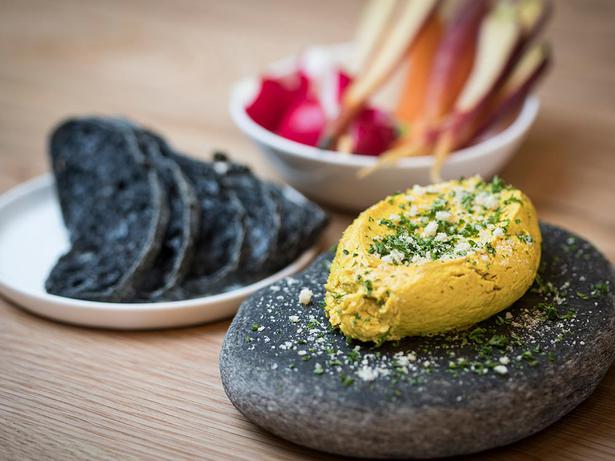 What he’s achieved with Giraffe is a kitchen that reflects these aspects of him, the chef. I’ve heard Simon Gault speaking at big events, telling stories about how he turned up day after day at the same hotel in England begging the chef to give him a go. Fast, expensive and a little soulless, Euro was never the restaurant that suited that story, but Giraffe is.

There is some of the new Simon in this menu too, the Simon who took a good look at his own health a few years back and walked away from his classical training to experiment with superfoods (proper nutritionists hate that word, but he loves it) and so in the smoked kahawai “butter” there is also turmeric, lending colour and brain power.

A magnificently complex trevally sashimi is dotted with rehydrated goji berries. It’s not a health food restaurant, but the healthy part of his story is there when you look for it.

We sat at the bar overlooking the kitchen, and this is definitely the place to be. Kitchen staff chat away, most of them loyal employees from Simon’s past who’ve taken this new leap with him because they believe in him as a boss. 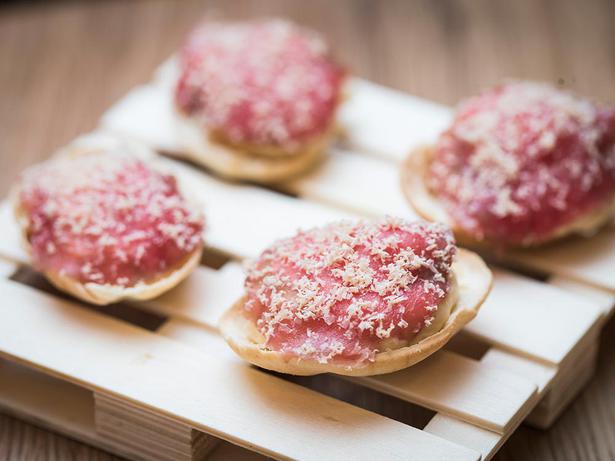 He’s the star but the rest of them aren’t supposed to be invisible — there’s an option on the menu to shout them a round of beers at the end of your meal, which is a beautifully New Zealand way to say thank you. You can order an off-menu “staff chicken” and eat what they (along with Simon’s 3-year-old daughter, who named the restaurant) eat at 5.30pm before service.

The food is all brilliant — classic standards with Japanese twists, spiked with fresh produce from the chef’s garden: a little grissini case filled with duck liver and green peppercorn mousse, under a sliver of bright red beef carpaccio, then a tiny whole radish to chase it; the sashimi drizzled in a grassy green parsley oil that tastes so much of that herb you wonder how they’ve managed to distil it; beef tendons, the most unusable cut in the animal, puffed into appetiser crackers that dissolve into deep stocky flavour in your mouth.

There is a stunning number of wines by the glass too, the range and bravery of the selection out of place in this part of Auckland, where corporate interests often dominate the drinks lists. But that’s what Giraffe is: brave, unexpected and a different class to its neighbours. Find a seat near the action and prepare to be surprised.