As a dispassionate restaurant critic I'm probably not meant to ask you to pleeeease go to a certain restaurant, but it's hard to meet the team here without wanting to help them out. After several years tucked away in a corner of Elliott Stables, they've been given this opportunity to open their dream restaurant on the waterfront. It should be the time of their lives.

But a few things have been tricky. According to one staff member, the landlord at this new place wouldn't let them choose a name for it — the new eatery had to be opened under the same Besos Latinos brand. So already the dream was a little less dreamy.

The location makes sense when you get there but you could easily miss it, even if you were browsing North Wharf hoping to find a Mexican restaurant. They're going to need a lot of word of mouth but "we have no marketing budget", the owner told us.

In fact, they must have had a few pesos lying around because they've hired a local public relations agency, which emailed me advertising "tequila masterclasses", but forgot to put the time and dates on the press release. I emailed straight back seeking these crucial details and they took 48 hours to reply, without an apology and with no suggestion that the omission was in any way unusual. 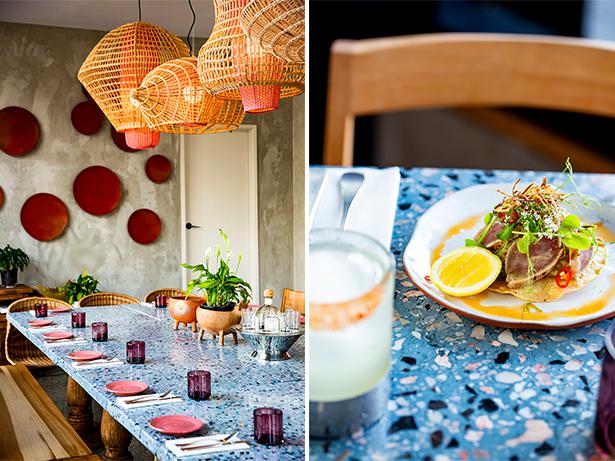 Well, at least Besos Latinos can rely on our booming tourism industry. That should be enough to keep them afloat for the winter, just as long as there's no unexpected events which cause a drop in — oh.

So, you shouldn't have difficulty finding a table. Nobody wants to eat in a sad restaurant, and to be fair, the staff do a good job of being bright and bubbly despite having to pace around in this giant, mostly empty room, which has the vibe of a fully operational restaurant which has closed its doors to the public in anticipation of a visit from Oprah.

Things only occasionally feel a bit wistful, like when the owner asks if he can sit down and drink with you and seems very disappointed when you, almost the last table in the restaurant, tell him that you think it's time you went home.

The margaritas are good. We tend to do them lime-heavy at home — three parts citrus, two parts tequila, one part sugar syrup — but here they were bolstered with a little extra ice and sweetener. You can't blame them for cutting back on the fruit during the off-season — they clearly haven't found the one place in Auckland selling 250ml of fresh NZ lime juice for $10 (I'm terrified he's going to start selling out so I'm afraid I'm going to have to keep that secret from them, and you. Sorry!)

Does quality of tequila make much difference in a margarita? I'm not sure but they seem to think so. Personally, I'll save my expensive pours for when I'm sipping it neat, and there is plenty of the good stuff on the menu here — including a blend created especially for this restaurant by the agave masters in Mexico.

They obviously still have connections in the home country because almost everything in the restaurant has been handmade there and shipped out — from the plates to the cups to the beautiful but not super comfortable chairs. The overall effect is impressive, and when this room is full of people I think the atmosphere should be authentic and great.

The food is almost universally fantastic — not just Mexican but borrowing from some of the great cuisines of south and central America. 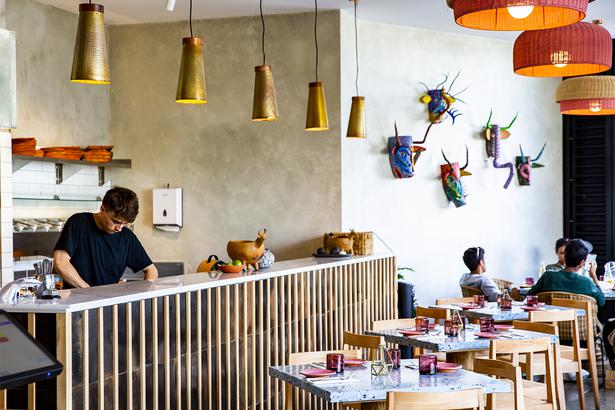 The restaurant is a new venture for the team behind Besos Latinos. Photo / Babiche Martens

Technically a ceviche bar, they also offer a standard food menu, but they visit the seafood market twice a day to restock fresh supplies so you should order at least one raw fish dish — I recommend the dark, gingery, spicy Amarillo over the Peruvian, which, with the red onion and corn and brine tastes a bit too much like a lunchbox sandwich. Both were pretty liquid and could have used a spoon, but if you can manage the logistics it's a lovely cold treat.

I visited with a vegan and they were brilliant, offering her at least three off-menu dishes that the chef would create especially and a great guac with rustic house-made chips. Meanwhile, the meat eater and I made our way through a perfectly cooked steak, topped with some unexpected but indulgent condiments including capers, sage and chipotle butter.

The tuna tostada is the best thing on the menu — creamy avocado and chipotle cream on a crisp tortilla with a sheet of thin tuna laid over the top and sprinkled with tiny shavings of fried leek.

There are some good surprises on the winelist, including a Martinborough Ata Rangi sauv. This dream restaurant might still feel a bit dozy but, on the bright side, you won't wait for a table, the menu is brilliant and you'll be making their day if you show up.

Consider it for a team lunch or if you're eating by yourself and in the mood for making a friend.