I have an aunt and an uncle who live on the shore. When I was growing up, in Hamilton, a week-long holiday in Takapuna was about the most exciting thing I could conceive of and I have Jane and Jock to thank for making that modest dream come true at least once or twice a year.

READ: Where To Find The Spiciest Fried Chicken In Auckland

Now that I am officially a grown-up, with a job and a family and a pretty sore lower back, I'm able to repay the favour, somewhat, by buying them a nice dinner out whenever somewhere decent opens up on their side of the bridge. That used to be an approximately triennial event but has lately become much more frequent, to a point where I sometimes now feel as though I can't keep up. The Grange was superb, and here is Big Tikka, open long enough now that positive word of mouth has become too loud to ignore. (There are also a number of little Taka eateries that I would love to get to but, well, it's not much fun visiting a tiny restaurant that turns out to be terrible and then hastening its inevitable death with a scathing review, so if you know of somewhere local that is good and possibly great and definitely not awful send me an email, okay?)

Someone asked me the other day what my favourite sort of food was, and I said "curry" in a sort of fluster because even though there is probably something else I like better, a curry is what I fantasise about when I'm cold and hungry. I was both of those things when I arrived at Lake Rd and I can't remember ever being happier to look through the menu and order. 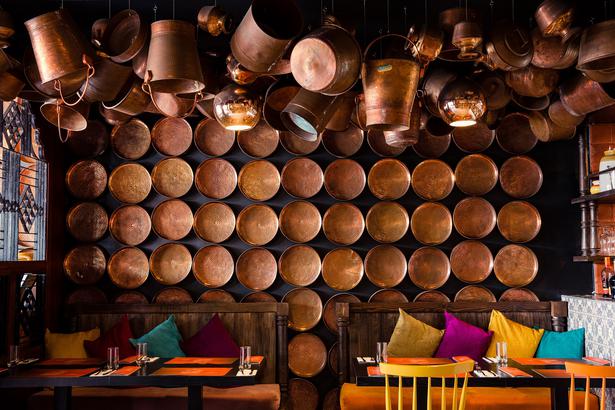 I would have been ecstatic if I'd had a great drink too, but the wine list is a bit gappy and a good beer hard to find — I chose an obscure pale ale in the end but next time I'll get one of the cocktails, which draw on Indian ingredients and are hopefully made with as much care as the food.

The menu has a good sense of humour, with some introductory text gently ridiculing restaurants that offer a curry with five different meat options. Even the ubiquitous "chilli scale" comes in for a good-natured ribbing, with Big Tikka noting that they will ask you what your preferred heat level is rather than daring you to try something "macho and eye watering". 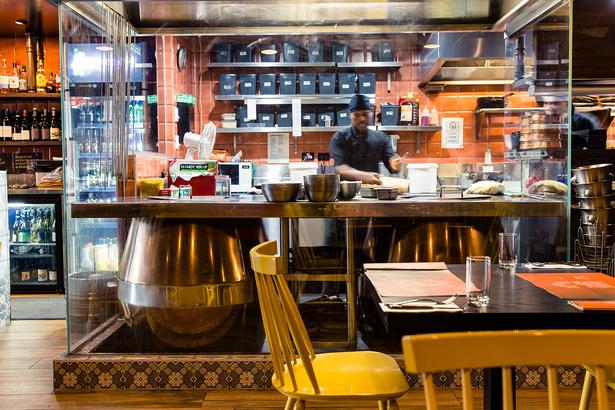 So this is clearly Indian food with a difference, and even if the menu didn't signpost that you would work it out pretty quickly. Every dish tastes considered, crafted and complete. Some have an ingredient list that might almost fit in at Sidart — the pistachio cottage cheese with pomegranate, sweet corn and green cardamom powder, for example — while others are just great, hearty, spicy feasts that seem to have been created to give hunger a black eye. My lamb shank was perfectly cooked; it came in a ground almond-based gravy and there were two shanks on one plate, an act of generosity rarely seen.

We ordered the chicken special and it arrived on a tiny skillet, still sizzling. I took a mouthful and made a mental note to tell you that it needed more seasoning and flavour but then I looked a little closer and noticed that beneath the chook was a little bed of onions that had become charred, sweet and delicious thanks to all that contact with the host cast iron. I swirled my next forkful of chicken around in this oniony mixture and it immediately turned into something caramelised and sublime. 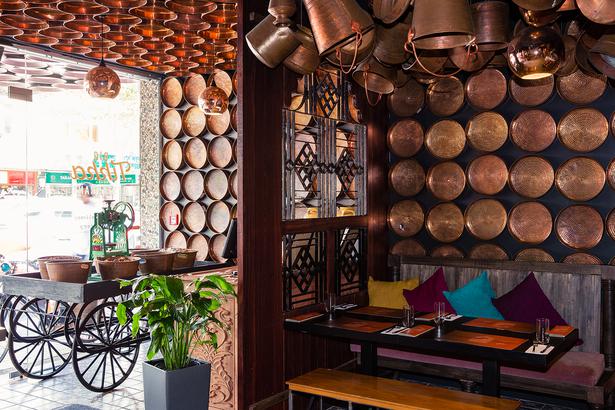 Copper pots and trays hang from the ceiling and walls. Photo / Babiche Martens

The only dud dish was Jock's fish, a curry which would have been perfectly fine in a lesser restaurant but was mediocre here in comparison to the rest of the menu. It was tarakihi, which tastes a bit too fishy even on a good day — they'd be better off with monkfish or something that stands up a little better to South Asian flavours.

We were there on a quiet night and my main complaint was not about the food but the experience. The floor is staffed by excellently uniformed young women who were friendly and efficient, but perhaps too efficient: they started mopping the floor while we were reading the dessert menus.

The decor is impressive — hundreds of copper pots line the ceiling in an exercise so expensive that it feels like a mockery of the cheap paint jobs you find at other lesser eateries. When photographer Babiche Martens turned up a few days later to take photos they told her a sweet story about how the pots got to be there. They're used as storage, mostly for hiding sweets from children. But we didn't get that story or any others on the night we visited, just really good food in a restaurant that shows a lot of promise.