I’m struggling to think of another restaurant machine that works as busily and efficiently as Clay, a natural wine bar-with-food, next to Coco’s on Karangahape Rd.

Its centrepiece is a long, narrow table that runs down the middle of a long, narrow room. You take an involuntary gulp as you walk in and 20 young, magazine-ready faces turn and appear to appraise your physical suitability, but it’s possible that they’re not judging you at all — perhaps you’re just as much of a curiosity to them as they are to you.

Anyway, it barely matters because within seconds a staff member has spotted and seated you — at that table if there happens to be room, but more likely in the courtyard out the back. It is small, with no views, and yet when the weather is warm it’s a very pleasant place to be — you know you’re in the queue for that top table and although you’re technically in a waiting room, it’s the best sort of waiting: the sort where they serve drinks. If you’re so far unconvinced by natural wine (and brave enough to admit it) you should be fine here, where the list is at the accessible end of cutting edge. I’ve been to restaurants where they’ll pour you a frothing glass of tangerine-coloured inebriant that was fermented deep in Armenian soil, and everybody is supposed to pretend it’s going down easily.

But at Clay even the “orange” stuff isn’t noticeably orange — though the list is beautifully curated, you get the strong feeling that they’ve made their choices on the basis of flavour, rather than for the joy of listing a beverage that looks like it’s been found in a beaker at the Oxford Covid vaccine trials.

If you ever see the name “Millton” on a list you should buy it immediately — it’s a synonym for quality, the name of a Gisborne winemaking family who were one of the first to embrace organics, first to cultivate old-world grapes such as arneis and chenin blanc, and are now making wines specifically by restaurant request.

Clay has commissioned from them a natural ferment, or liballo, which you can drink at your table and then purchase to take home in a one litre flip-top glass bottle if you really like it. It’s technically a muscat although you won’t get much of that grape’s sweetness — your biggest clue to the varietal is the colour its skin contributes to the wine. 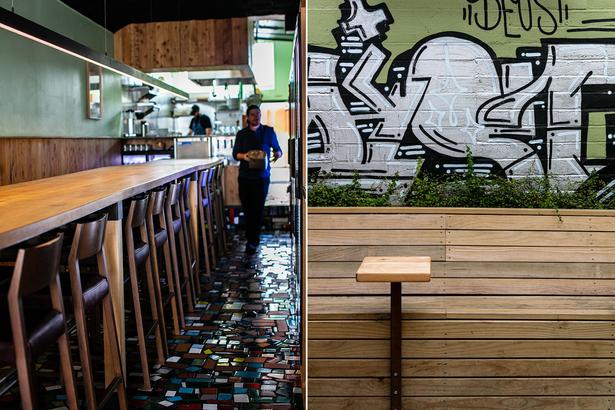 The courtyard at Clay is a very pleasant place to be. Photo / Babiche Martens

Once you’re inside, the service continues to be fast and warm. Clay’s food is better than you might expect for a place that cares so much about wine, although I suppose it makes sense that they’d want what you eat to be as good as what you drink, in the same way that the opposite is true at a fine-dining restaurant.

There’s a loose and fresh scattering of dishes on offer, none of which make a meal on their own but which you can cobble together into something that feels complete. Raw kingfish is everywhere but I loved that it came with coriander oil and fragments of pickled onion; it was a full flavour hit but needed salt. So did the charcoal-grilled asparagus, which was nonetheless a bright and seasonal green treat.

You may have noticed I’m in love with Celeste down the road, though the last time I visited (on my birthday), I left a little unsatisfied — there was nothing meaty or even substitute-meaty to make me feel as though I’d eaten a meal. And so, although the pork chop here at Clay might seem like a random and lonely item to include in the menu, it was the bit of browned protein we needed. It was apparently cooked on their smoker but I will say that, all night, the smell of that barbecue in the air was stronger than anything we found on the plate. 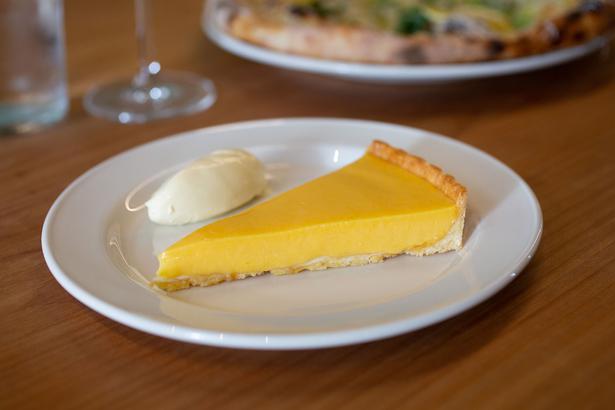 Perhaps the most intriguing dish on the menu was a tagliarini, served with nothing but fresh olive oil and cheese.

I love a simple pasta dish, and I wish we had more restaurants willing to serve it up with just seasoning and two or three wonderful ingredients. But though this little pile of ribbons at Clay tasted as good as any pasta I’ve eaten in Auckland, I did flinch a little at paying $17 for about a dozen mouthfuls of it. Does that make me a monster?

They seem devoted to some of the best elements of Italy here — for the first time since Rome, I was served a snack of sourdough, cold butter and raw anchovy fillets. I thought that was a combo only I knew about, but it’s delicious enough that I can live with the secret getting out. They are aiming high at Clay and for the most part doing brilliant things. Not everything is unique, but you won’t find much in Auckland that’s better.