I always thought of Ebisu as the great Japanese restaurant you go to when you don’t want to spend a lot of money, but three of us dropped $400 in 90 minutes so perhaps I was kidding myself.

A visiting British wine writer called Amanda had asked me where she could go to find good New Zealand sushi and as she seemed like somebody who would not be fooled by imitators I suggested the holy trinity of Cocoro, Masu or Ebisu, then, to make sure she had a good time, I decided to take her myself. 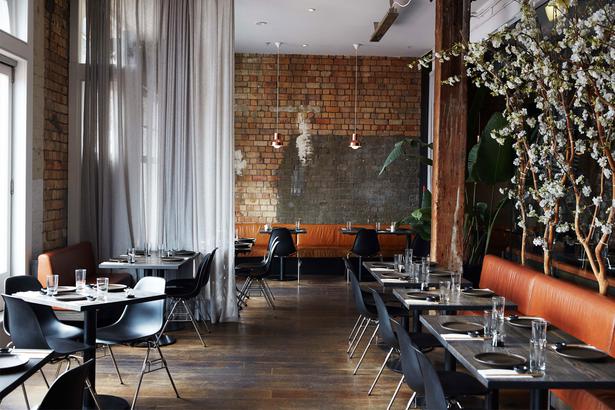 My wife and I were pretty much the only non-experts in attendance, but at least she could spit properly. As someone who usually swallows, my spit was a noisy, messy spray. With 35 half glasses to get through in that first session you’d think I would improve with practice but in fact I got worse — by the time we hit the 2016 vintage the white tablecloth in front of me looked like someone had been murdered on it.

Meanwhile Amanda calmly expelled her wine in an elegant stream and made notes on each new glass. There is a lot of bluffing around wine but she was a sniper, offering original and concise comments on each new wine as the TV presenter beside her discreetly dabbed a napkin on his spatter.

One week later the sommelier at Ebisu was fortunately up to the challenge, and when Amanda told him that the white he’d poured for her was “a little too reductive in style” he did a good job of not panicking, returning quickly with a range of (non-reductive) options. If you’re paying this much at a Japanese restaurant, things like wine service had better be very good, and at Ebisu it is — there was also a sake list we didn’t get to, and our guy was well astride this too.

READ: Experts Share What You Need To Know About Sake

We ordered the sushi and sashimi platter and it was just the sort of visual extravaganza you hope for when you’re trying to impress a foreigner. It’s technically for four people but (if you can handle the $90 price tag) it would work well as a light meal for two.

Those shiny, fresh wodges of salmon are such a Kiwi sort of indulgence, and the platter is a good mix of these simple delicacies along with technically impressive nigiri, tiny caviar bubbles balanced on a sheet of cold bright tuna. 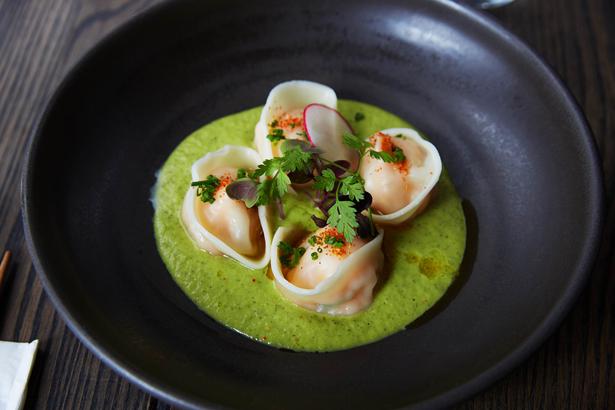 The loveliest hot dish on the menu is the toothfish. The fish does that beautiful thing where the miso changes the texture of the flesh to make it even more flaky and springy and it’s a must-order dish, again if you can handle the price — $23 for a tiny portion.

A note that though this isn’t the hideously endangered Patagonian toothfish it’s still an out-of-season Antarctic species, and given that there are many fresh local fishes that would work as well under a miso glaze, you wonder why they insist on using the frozen stuff. That’s more of an intellectual complaint given that this is pretty much a perfect dish in the mouth.

The rest of the dishes were a mix — never terrible, though sometimes verging on the ordinary. The crab-lobster dumpling was stunning. A flash-grilled scotch fillet was a little pale and the quick cooking wasn’t a good way to deal with the solid pieces of fat that come with this cut. 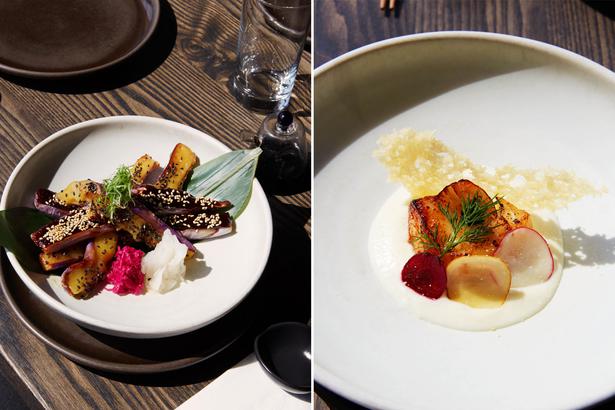 Tempura vegetables were a touch greasy and had a bit of a design flaw — they are big, bubbly strips of battered vege but they come with a soy-based sauce which is both too thin to stick to the vege and too shallow to be meaningfully dunked into. I’m told that Westerners overdo it with the soy sauce compared to the frugal way it’s typically applied back in Japan, so perhaps this dish is a nudge in the direction of subtlety from the chef.

Service is frequent and very competent — the only bum note was when we arrived via the Tyler St entrance and the waiter refused to receive us, pointing us toward the formal entrance on the other side of the room. If you have two front doors you’re not allowed to freak out when customers don’t use the main one.

Our wine writer was happy and I was just pleased to be swallowing this time. Ebisu is international quality, and in that waterfront location one of our best options for an overseas guest. Don’t do it on a shoestring, but definitely do it.

Jesse Mulligan has a small beef with Woodpecker Hill