There aren’t many restaurants where sunstrike is a problem (Saint Alice on a good day, HI-SO at SO/ Auckland if you’re on the wrong side at sunset) but at Elmos there’s an hour just ahead of dusk when the sun hits a certain spot in the sky and everybody in the restaurant gets blinded. If you’re inside you can pull a big, netted curtain across the window to provide a bit of relief but mostly you just deal with it and be glad to have found a spot in Ponsonby where you can get a light tan while you drink.

Elmos is a new casual bar-restaurant, opened by hospitality sister-act Bronwyn and Jessica Payne. They began with a pizzeria in Mt Maunganui, then opened Hoppers, a good bar for grown-ups on the site of the old Golden Dawn. Now they’ve stretched a tentacle across the road to the building formerly occupied by Mr Tom’s.

READ: Where To Find Auckland's Best Rooftop Bars For A Drink With A View

A few different outfits have tried to run a restaurant here but most of them have struggled, often I think by trying to be too clever. Well, Elmos’ grand concept is simply a strong pizza menu, decent beer and a cadre of obliging staff — and that might be the cleverest idea yet.

Those staff spring into life when they find out you’re eating but until then it’s not quite clear whether you should come to them or them to you. It’s the curse of the pub-cum-restaurant, usually solved by some explicit instructions on the menu but I couldn’t see anything like that here. 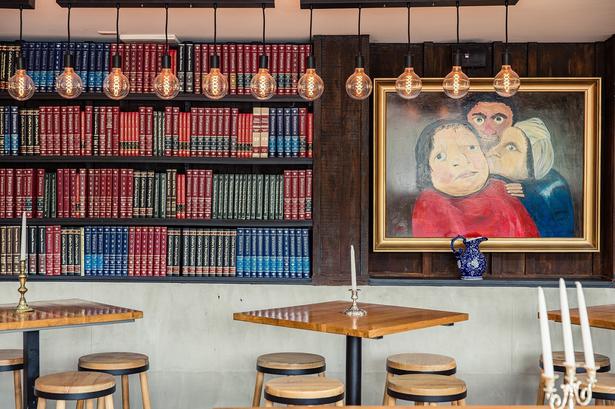 The waiters are mostly internationals: friendly and competent in that just-passing-through sort of a way. Our server was from Croatia and was doing her final shift before continuing her working holiday on a tour of the South Island but she was giving her all to the last few minutes of her Auckland hospitality career.

There were six of us eating, with a few leaving early and some arriving late — the sort of set-up that is a pain in the neck for any devoted restaurant but works perfectly here, where the food arrives in the middle of the table and, if anybody is still hungry, you just order more.

The menu has the appearance of having something for everyone until you look closely and realise there is almost nothing for vegetarians. It’s even worse for vegans, who are likely to leave at the end of the night looking starved, pale and emaciated — that is to say, the same condition in which they arrived. 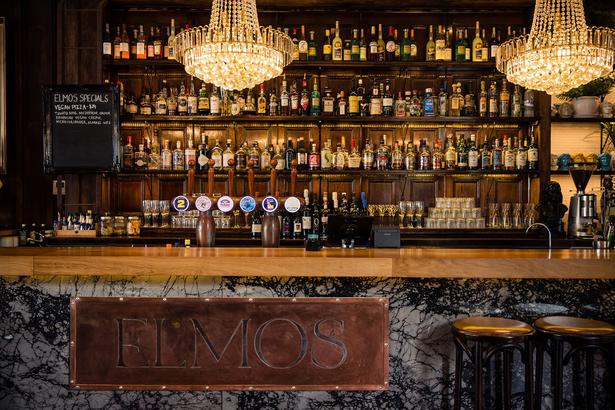 The bar-restaurant is by hospitality sister-act Bronwyn and Jessica Payne. Photo / Babiche Martens

The one item which looks plant friendly is the kale salad, but even this comes with pancetta. We ordered it without the meat and it was a bad, bad dish. No chef should attempt to serve dark leafy greens unless they know exactly how to get the best of them, but this was a salad that boomers would make jokes about: dry, undressed kale leaves with the culinary appeal of human chest hair.

I’m still looking for a great local version of “bagna cauda”, an Italian dish in which an emulsion of olive oil, butter, garlic and anchovies is kept warm over a low flame and guests take turns dipping into it with fresh raw vegetables. The name of the dish translates to “hot bath” and this is exactly what it’s called on the Elmos menu, though the relevant part of that dish is omitted here, where it’s really just a garlicky sauce drizzled over some green beans. It tasted good though and is worth ordering if you want something fresh on the side of your main event.

They don’t really go wrong with the pizza, which is a good enough reason to drop in and eat. The “Marmite and taleggio” was more delicious than it had any right to be and it’s half the price of the more complicated options (likewise the “potato skins” were one of the best things on the menu, despite being little more than deep-fried spuds with parmesan and a good onion dip). 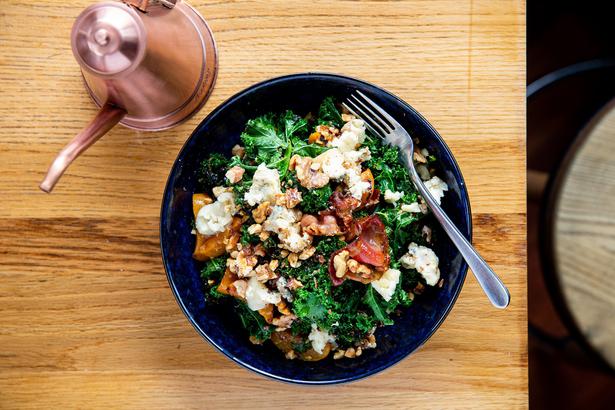 The kale salad currently on the menu at Elmos. Photo / Babiche Martens

Meanwhile the traditional quattro formaggio pizza had the useful addition of almonds and honey (dipping cheese in honey is one of my best memories of a Tuscan holiday characterised mostly by terrible food designed to rip off English tourists) and a “tikka chicken” topping could almost have been passed off as Mediterranean, with tomato and mozzarella playing back-up to the chook. The pizzas are cooked pretty much perfectly, with a slick disk of incredible flavour in the middle and a crunchy, fire-scorched ring around the outside to hold on to as you munch.

Best of all is the price. I bought the food for all six of us and it came to $120! We left stuffed, a little tipsy and almost entirely happy with what we’d eaten. This is a great new option on Ponsonby Rd, and further proof that the simplest food is often the best.