Fonda is from the team behind Mediterranean bistro Baruhlo. Photo / Babiche Martens A restaurant closing down after just a couple of years would normally indicate financial tragedy but at Baruhlo, the Mediterranean bistro at the elbow bend of a dark and empty Parnell street, it looks to be cause for celebration.

I haven't read an official announcement but it looks like they've moved it into a much larger space next door, launching a new Mexican restaurant in the vacated room and pretty much taking over the corner. If this was Monopoly you'd have to roll a high number indeed to get your Scottie Dog past this little clump of properties without him landing on a tapa. 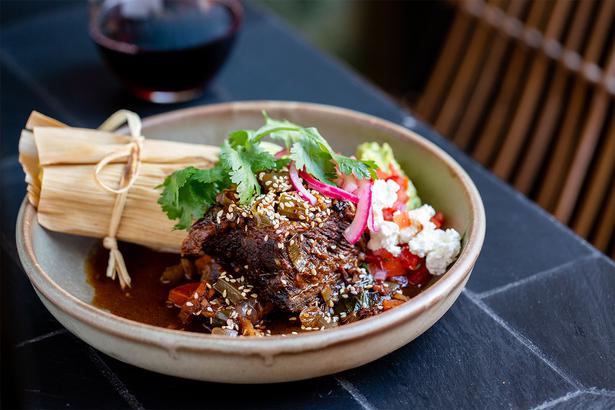 I don't know where these people come from but the restaurant is seemingly always busy. It reminds me that, though a good review or two online will help, word of mouth travels faster than high speed fibre. If the food is good and people feel happy and a bit glamorous eating there, you won't be able to keep them away with a stick (one night I will stand outside Cotto swinging a stick and properly test this theory).

Like a benevolent poltergeist, the spirit and energy of Barulho seems to still inhabit Fonda, though when I visited the ghost was moving faster than the machine. It took 25 minutes to order a drink, at which time we made sure to request some food as well. It all arrived at reasonable speed, suggesting the kitchen and bar were keeping up better than the floor staff, but it was hard to be cross watching one guy do his best to keep half a dozen outdoor tables happy. 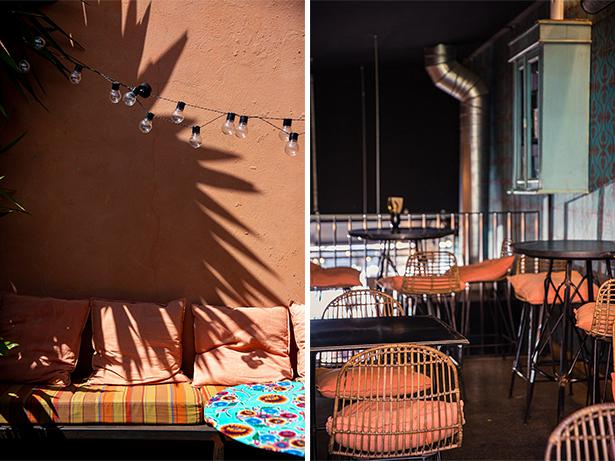 I'm going to ease up on complaints of this kind for a while because I've talked to so many restaurateurs who, with all the best intentions, just cannot find the staff to keep up with demand. It's a terrible and mostly invisible crisis — that the people who would be most eager to do this work are unable to get the visas to let them stay here.

I dropped in to Celeste recently where the French sommelier who added so much to that place (and to the city) has gone back to Europe because her time in New Zealand is up. I'm told she will shortly return to this part of the world, to take up a job in Australia. 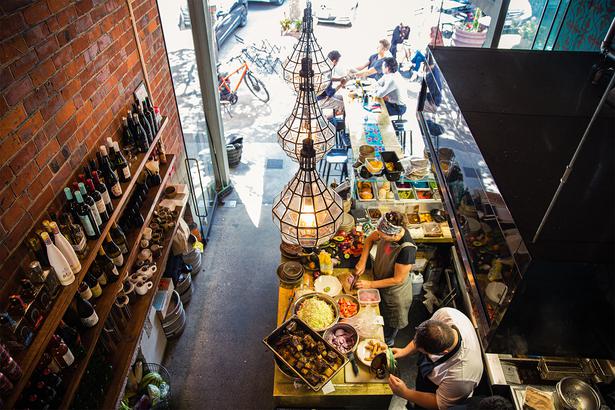 Fonda is a favourite with locals. Photo / Babiche Martens

Yes, there are problems with unrestricted population growth too, but you wonder how far the local economy is from top speed when the engine is missing so many parts. Back to Fonda where, for all I know, they may simply have put too few people on the roster. Luckily we were in a good mood — it's hard not to be when you're outside on a warm evening under fairy lights browsing a good menu — and when the drinks arrived things got a lot better.

The cocktail list is exciting and considered, a range of tequila- and lime-based options that range from a beer mixed with spiced tomato juice (I cringed the first time I heard of this too, but it is really, really good) through to the Vampiro, a heady, red brew that leads with tequila and backs it up with hot sauce. Maybe one day they'll find even more space and create a bar where you can nurse one of these and wait for a table. For now the enjoyment is slightly limited by the nagging feeling you should be ordering another one straight away to try to get ahead of the service backlog (by the way, the drink comes with a salt rim and a straw, one of which is probably redundant).

READ: Newcomer Little Culprit Is Just The Place For An After-Work Drink

The food ranged from solid to very good. There's little to complain about, but nothing worth crossing town for. The best of it included homemade tortilla chips, purple and puffy. A beef shortrib wasn't quite falling off the bone but was sublime in places, and came with a tamale, a sort of sweet corn paste steamed inside a corn husk. 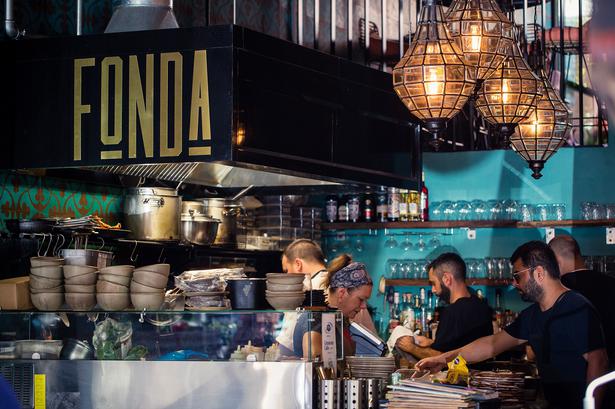 It tasted sweet and delicious and was truly unique. Corn on the cob was nice too, served with a mild but deep-tasting chilli oil, and whipped ricotta you could smear over before biting in.

The tuna ceviche was flat — under-seasoned and dressed in a lime juice that was showing signs of being too long out of the freezer. We also got a bit over the "feta and slaw" combo which turned up in one too many dishes. Throughout the meal I missed a bit of spice and discovered only at the very end that you could help yourself to chilli sauce — it wasn't displayed anywhere obvious.

Is there enough here to love? Only just, on my visit, but I still recommend you check it out. The people behind this and Barulho are an asset to the city, particularly this part of it, and they deserve the support they're getting from local diners.