French Bistro Wander Has The Makings Of A Great Local

Wander is a new restaurant in a part of town we’re all still wondering what to do with. Although it’s technically part of the Wynyard Quarter, you can’t really see the water from here, so the nautical aspects are more of a vibe: you know the ocean must be close because there are so many people walking past wearing America’s Cup team jackets.

READ: Omega's Significant Role As The Official Timekeeper Of The America's Cup

But restaurants like this must have opened less for tourists and more in anticipation of the people in nearby apartments eating out regularly, and hyper-locally. I hope they do because for now, Wander and the lovely Besos Latinos around the corner are looking a little quiet. Part of the deal of moving into a shiny new suburb should be that you spend cash at the businesses that make your block look good - or you’ll only have yourself to blame when the restaurants are replaced by Mid Town Mini Marts. 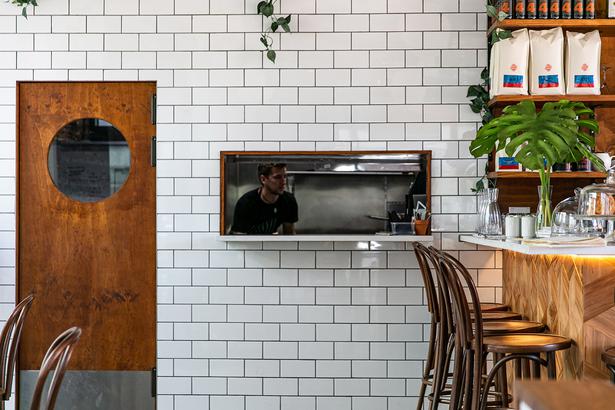 The tone of the room is upmarket cafe, complete with outdoor tables that will be nice in the sun. Photo / Babiche Martens

At least the locals won’t need to use Uber. Mine dropped me off some way away with a shrug and “the map says it’s here”. My brother knew where he was going but his driver had a different opinion, so drove past the restaurant and dropped him two blocks away to walk back by himself in the dark. At least the area feels safe now, having looked for most of my Auckland lifetime like the sort of place the Mob would take you for disposal if you owed them too much money.

The tone of the room is an upmarket cafe, complete with outdoor tables that will be nice in the sun. There is limited bench seating but you’re in no danger of feeling too cosy, and once you’ve had your two or three courses you probably won’t feel inclined to snuggle up for another bottle. But you’ll enjoy yourself while you’re there, because the food is crackingly good. A solid menu supplemented by a daily blackboard of specials, it’s closest in style to French Bistro, with the occasional off-genre dish thrown in because it tastes good. There are 20 dishes available until 3pm and a different 20 after 11am, so for the maximum choice I guess you should arrive at lunch. But we had plenty of strong options even in the latter part of the evening and went for oysters, rillettes, tabbouleh, pasta, fish and fries - simple but strong dishes that make me hungry even listing them now.

RESTAURANT REVIEW: Paris Butter Is A Must-Visit If You Take Food Seriously

I’d hoped for a more interesting fish of the day than snapper, given that we were so close to the markets and, well, the ocean, but at least they used some trevally for the rillettes, which (I had to ask) is a sort of rustic confit, with the fish pureed into pate consistency but also, in this case, left in recognisable shreds of flesh for texture and to remind you what you are eating. 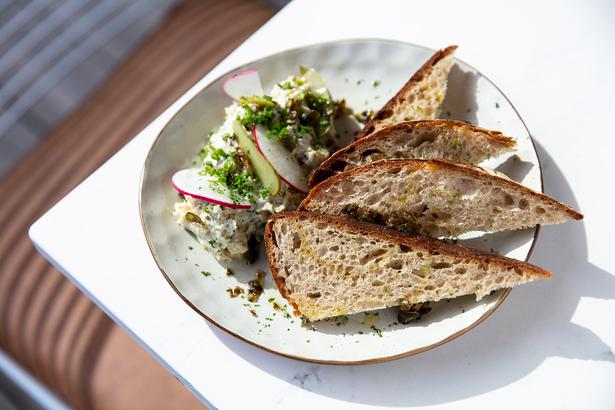 The bread and truffle butter from Wander. Photo / Babiche Martens

It comes with capers, gherkins, dill and sourdough and would be a good happy lunch even on its own.

The tabbouleh was a thing to behold, made from blitzed cauliflower - presumably as a concession to ketosis-crazed sailors and their crews. It came arranged in a C shape on the plate, being about as attractive as you can make a mound of tabbouleh, and mixed through it were fresh peas but also wasabi peas, the thinking man’s bhuja mix, which I have never in my life seen used in a recipe, let alone at a French restaurant.

But reader, it worked, instantly adding crunch and spice to a dish in danger of being too worthy. There were also cashews and fresh chopped mint and coriander and if this is all starting to sound pretty moreish to you, well, you’d be right. We smashed the whole thing and that was without the salmon gravlax which is an optional addition. 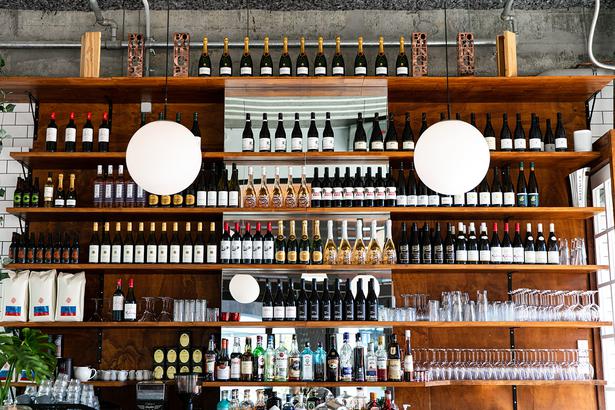 And having screwed my nose up at snapper, this was a lovely piece of fish, served skin on, skin up, perfectly cooked, with pea puree, fresh tendrils and the most wonderful, tiny asparagus — where do they find them? My brother did his job and chose something I’d never usually think of ordering: a big heaping plate of clam pasta with chilli and white wine sauce. It was too big for him to finish so we swapped plates and I gulped it down like someone who hadn’t seen carbs for weeks.

But besides the food and the wine, I think it might be the heart of the place which will be its pathway to success. There is a kind, family feel to the service and besides that, whoever is heading up the kitchen is pouring plenty of love into the food. Whatever occasions you to be mooching about this part of town, Wander is worth your time and money.

Satisfy all your seafood cravings with these delicious recipes, from shellfish to salmon