I ate here by mistake. I was meant to be down the road scoffing at the new Sri Lankan restaurant, but either I’d read the opening hours wrong or they’re operating on Sri Lankan time because the doors were closed, and none of the other newly opened Kingsland eateries looked at all promising. Side note: there must now be almost 10 places on this 100-metre stretch with their own pizza menu.

Do you all enjoy pizza that much? If so, ignore the pretenders and eat at Umu, where it is a true, authentic speciality. The new pasta place offers a Hawaiian pizza for goodness’ sake. Isn’t that some sort of hate crime in Italy? 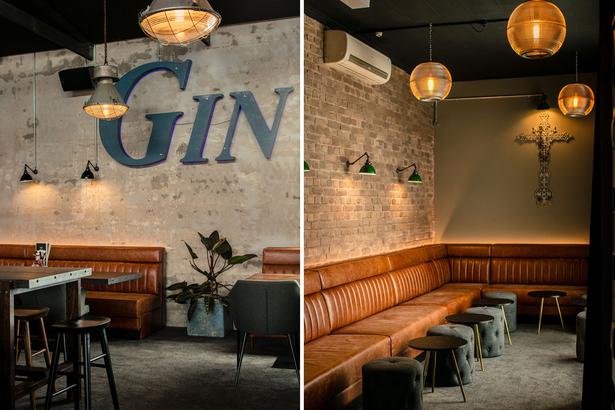 Eventually we settled in at Holy Hop which, well, I haven’t had a great time lately with pub food but I was filled with the sort of optimism that comes from having zero other dining options. (I couldn’t even buy a box of charcoal chicken; the disappearance of the human-sized papier mache chook with unnervingly ripped abdominal muscles from the corner of New North and Central has left me with two key questions: what sort of restaurant will go into that space next? And, who gets custody of the bird?) Crucially for Holy Hop, we knew that it had a liquor license, and had all just finished the sort of day at work that we would have eaten burnt toast for dinner if it came with a glass of gin.

The standard gastro pub menu is the sort of thing written in a brewer’s head office in Newmarket then faxed off to the pub kitchen where it is wilfully miscooked by a rudderless group of catering college dropouts giving hospitality one last go before they chuck the whole idea in and retrain as barbers. But this is not that. The fourth wall of the pub is open. Photo / Babiche Martens

The Holy Hop menu has a personality, and so does the kitchen by the look of things — from what I could see through the pass, this was one older guy and his young assistant, methodically working their way through a whole pub full of orders, but taking an unexpected pride in their work.

The food is worth waiting for, which is fortunate given the wait.

Behold the “poor man’s beef Wellington”, which takes the classic (and these days, impossible to find) dish and substitutes sausages where the eye fillet would normally be. Does it work? Well, have you ever eaten a sausage roll? It’s that irresistible combination of baked pastry and fatty meat, with the extra layer of mushroomy goodness that turns it into something restaurant ready. Recommended for the very hungry or for those who wish they were invited to more children’s birthday parties. 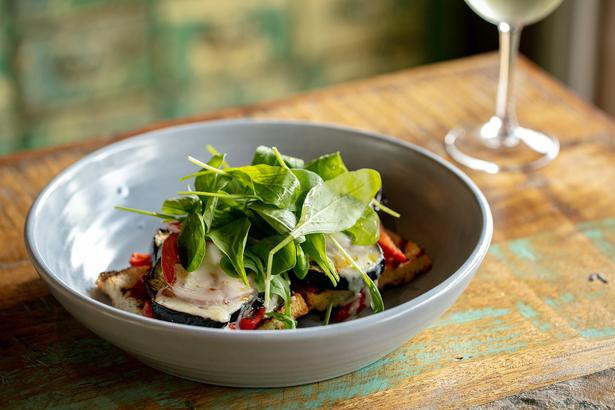 The best of the menu is of this deeply comforting style — I ate another rarity — pork sirloin — with mashed potatoes and heaps of jus. The meat was a little over the “medium” they’d promised but it was insured against drying out with what I think was a little pineapple salsa on top. A clam chowder was delicious and thick enough that you could eat it with a fork. “Eggplant melt” worked really well too — strips of eggplant on toast with capsicum and melted cheese (I could not stop eating this).

So what doesn’t work? There’s a lot of tobacco smoke around while you eat — I think you’re allowed to smoke cigarettes in the courtyard (it certainly smelt that way) and the fourth wall of the pub is open so it all wafts through the main room too. I’m not super fussy about this but it did remind me of the bad old days where one table fagging ruins the environment for everybody else on the premises.

If you have any dietary preferences this is probably not the place for you. The waiter promised they’d be reprinting the menus to highlight the gluten-free options but they probably shouldn’t bother — I was eating with a coeliac (is that the right way of saying it? “somebody on the coeliac spectrum”?) and the only thing they could offer her was the fish (minus couscous) and the greens (minus the miso butter). 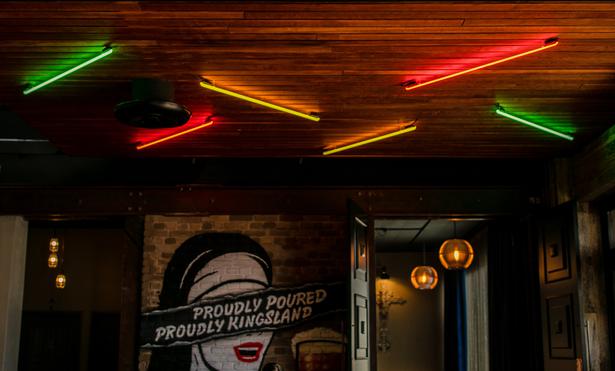 The fish was pretty terrible so I would really advise you to try somewhere else if you’re off the wheat.

Holy Hop was formerly Neighbourhood, which closed for refurbishment, opened for a few months and then closed again. I don’t know how much redecorating Holy Hop has done since taking over but some of it is a bit weird: the mirror opposite the toilet, hung at the precise height that you have to look into your own eyes as you sit there doesn’t exactly have you returning to your table feeling sexy and glamorous.

But the beerlist is good (if suspiciously weighted toward one particular brand), and the service is upbeat and eager to please. This is a nice place for a catch-up and a kai, and Auckland can always do with one more of those.