The bustling vibe at The Grove in Auckland's CBD is one you will not want to miss. Photo / Supplied. I want to tell you about this hot young British chef who is making food so good that in its first month of reopening, every table at The Grove is full, every night of the week.

We have an arrangement where I buy the food and John buys the wine — his tends to be the bigger bill. Still, though he's generous, he's not stupid; even the very wealthy don't enjoy being ripped off. 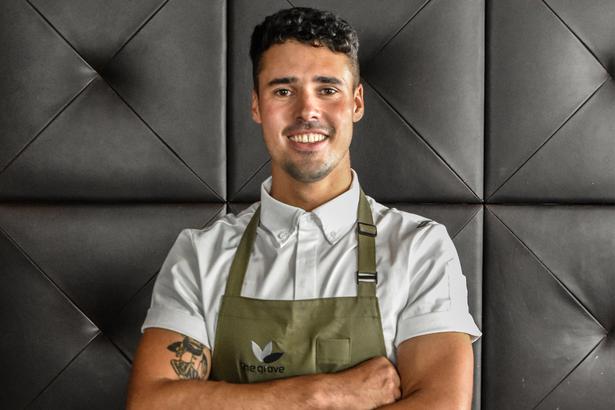 As an old-school showman, he will respond to a particularly scorching price by asking the waiter something like, "Is that for a glass or for the whole vineyard?"

He seems to have about 1000 good one-liners like this and will sometimes, if it's a particular zinger, bang his fist dramatically on the table, which has the twin effects of emphasising the punchline but also suggesting that he would be capable of murdering somebody with his bare hands should it be necessary.

Since our arrival, John had been bantering with The Grove's owner, Michael Dearth. The topic: a 2007 bottle of Chateau Petrus, which — at $6500 — is the most expensive wine in the world.

Michael has just one bottle of this wine, which has been on his list for five years but so far has had no takers. The thing about banter when employed by an expert is that there is often something else going on. 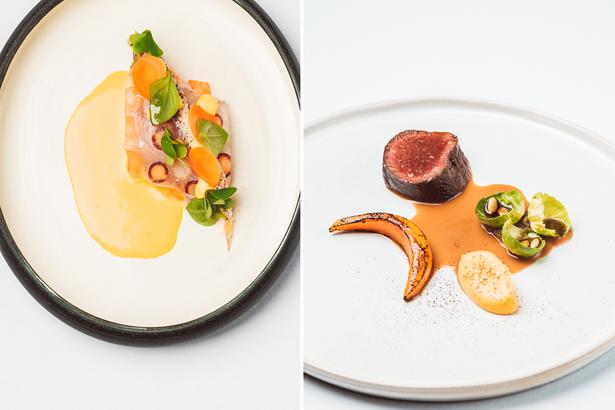 There we all were, joking about Michael's rustic beach house and how John can't live without espresso, and then the former anchorman raised his voice considerably and said "RIGHT, HOW ABOUT THIS THEN?" and laid out the terms of what I will simply call The Deal.

John would do X, Michael would do Y and though no money would change hands it was Michael's job now to go to his cellar and retrieve that bottle of Chateau Petrus, pour it into a swan-shaped decanter and serve it with our dinner (I pieced much of this story together later as I'm pretty sure I blacked out with shock early on in the discussion).

And that, ladies and gentlemen, is how I ended up drinking my first and almost certainly last bottle of Bordeaux's most famous wine. How did it taste?

READ: Looking back: 10 years of The Grove 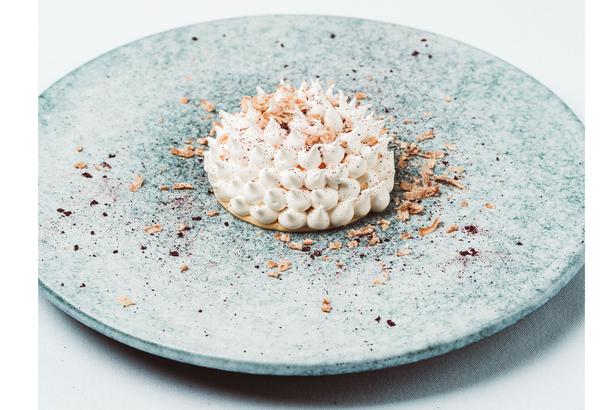 Dessert at The Grove. Photo / Supplied.

So long, full, aged and complex that I think I would pay money just to stick my nose into a glass and smell it again. John enjoyed it too, though felt that it was "a little young".

We ate the four-course degustation and I'm not sure we needed their by-the-glass wine match as well but at least I'm now qualified to tell you that if you're not up for a four-figure beverage, you will do very, very well in their hands.

They take the drinks extremely seriously here and leaving the decision-making to them is the only decision you really need to make. 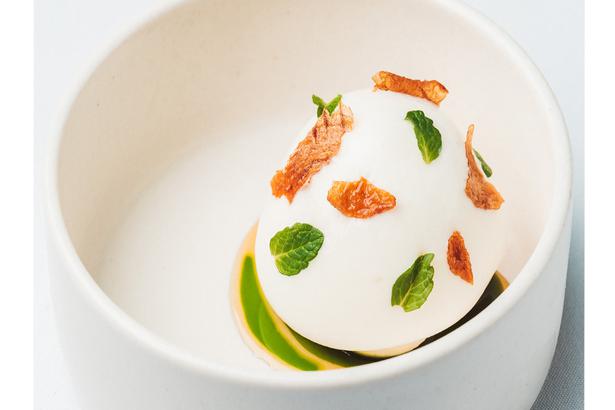 Head chef Ryan Moore joined the restaurant only recently and though you'd rather be here than England right now, he must have wondered why he travelled half way around the world to cook Remuera freezer meals during lockdown.

But now he is in full swing in that kitchen, making beautiful versions of familiar dishes, like the steak tartare with oyster cream, along with some very bold combinations that show off his skill and confidence: a poached fillet of snapper is served with different textures of carrot then finished with orange essential oil delivered by eye-dropper.

It works beautifully. Then, just when you think he's going to get too edgy, he'll send you something like a venison pie in a tiny saucepan, which, though it has butternut foam instead of pastry, is really just an intense version of a beloved classic.

I'm ashamed to say that beforehand I expected this might be a charitable review, in which we ate alone in a fine dining restaurant then I exhorted you to get out there and support the places that are doing it tough.
But The Grove was a level 2 hit — the people who were there that night seemed so happy they'd chosen to come.

This is an unbeatable special occasion restaurant, even if you don't realise the occasion will be special until you get here.