Becoming a vegan might save the planet, but it won’t save much time. I spent most of my late afternoon calling around restaurants, asking how much of a pain in the neck it would be to bring two plant-based eaters in for dinner.

Replies ranged from the baffled (“there’s really, just … nothing”) to the enthusiastic (“they can have the green beans!”) until I struck on Hugo’s which, being a buttery bistro, had no obligation to help out but made a huge effort to assure me my shiny-haired-yet-B12-deficient friends would be looked after. 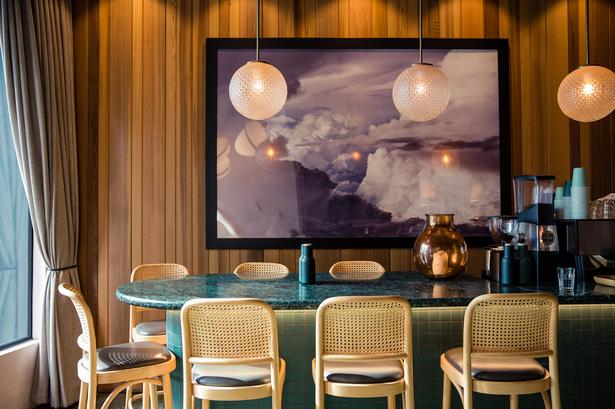 “We’ll chat to them about what they do and don’t like then the chef will cook something especially for them,” she promised. Would he need a bit of notice? “Nah, come on in tonight.”

That sounded too good to miss and though the reality was a little different it was a lovely feeling to sit down knowing the kitchen staff weren’t about to start cursing you for your flesh-intolerant beliefs. As it happened Hugo’s had a special vegan dish on offer for Restaurant Month — it was delicious but it was less “something especially for you” and more “any vegetable you like so long as it’s beetroot”.

Along with a couple of side dishes — charcoal leek with mustard, chilli broccolini minus the whipped ricotta — we had something like a normal restaurant meal, though when the waitress delivered a plate of thick-cut bread without butter I did wonder how hard the kitchen was actually working to make this dinner a special experience. 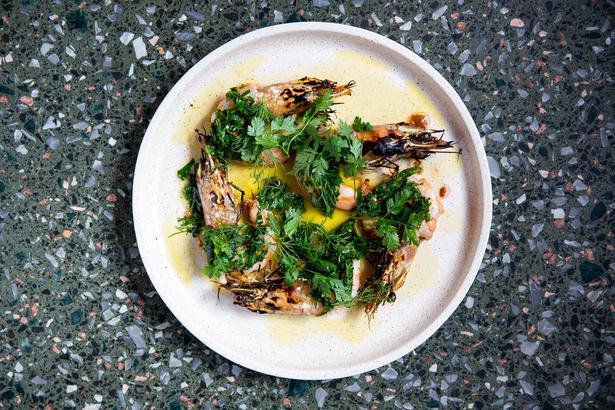 I’d had Hugo’s on my radar after I’d heard through a couple of people how good the new chef there was. Granted, both of those individuals were Hugo’s employees but sometimes those inside the business are the best placed to spot talent early. I’d visited the restaurant a couple of years ago when it opened and felt I might have got unlucky so I was happy to return, but I’m afraid to say I didn’t eat much that really impressed me this time either.

Part of the difficulty the food has is in keeping up with the rest of the experience, which is superb. The staff are kind and seemingly happy to be working there. The dining room itself is lush: a warm, perfectly lit environment where you feel at home as soon as you’ve stepped in from windswept upper Shortland St. I complained about the seating orientation last time and they’ve fixed or mollified it, because in our comfy four-seater we felt like the only people in the room. The space is long and narrow and once you’re there you don’t feel like leaving. 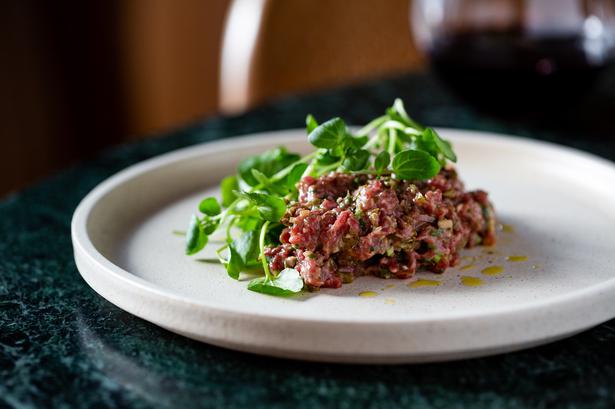 And so you’re ready for an O’Connell St — or Cibo-like — eating experience but the food (at least the food I ate) was just okay, and took a long time to arrive. The world doesn’t need one more word written about O’Connell St’s steak tartare but it is an obvious favourable contrast with the one at Hugo’s which is a little oversauced (could that be ketchup I tasted?) and served on the aforementioned thick slab of bread.

I’ve had tartare with all sorts of things, but on thick toast it just doesn’t work — all the gnashing of teeth you have to do to bite through the thing removes any delicacy from the experience. We’d already lost too much of a classic dish when the meat came served without egg yolk or condiments. (Sharp eyed readers will have noticed my Larry David-esque decision to order raw beef in the company of vegans but they didn’t seem to mind, and I made a mental note to order something more plant-friendly for my main course.)

So I chose the pork shoulder. It had been braised and pulled and tossed with pasta but the overwhelming taste was of salt. Now I eat a lot of sodium — I’ve even considered installing a salt lick in my lounge like the one they put in stables for thirsty horses — so for me to be noticing this as a problem suggests a major seasoning stuff-up in the kitchen. 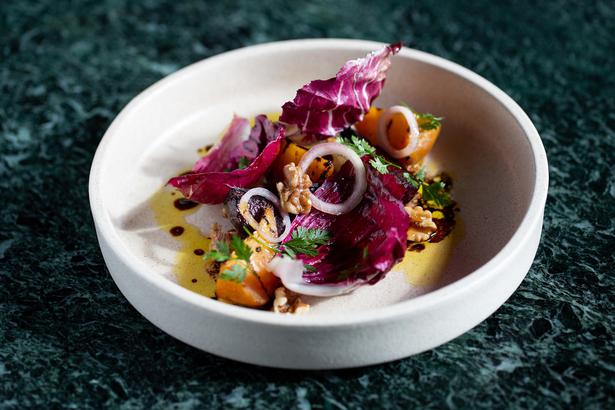 The grilled prawns with gremolata was pretty good — so long as you could tolerate the shells, that fresh green herby mulch on top was the perfect foil to hot crustaceans.

The vegan meal was good too, two colours of beetroot cooked deeply to reveal their earthy flavours, served with bitter radicchio leaves, walnuts and a splash of fancy vinegar.

And despite all the above reservations I really do think the food might usually be better than I experienced, and I left Hugo’s feeling like I’d missed a trick, again. The fact that I really wanted to like it will tell you something about how pleasant it is to eat here. Plus the winelist is stunning, so drop in for a glass and a snack and I’ll be happy for you to send me an email and tell me I’ve got it wrong.

Jesse Mulligan visits Andiamo 2.0 and finds that its legacy lives on