I’m sure it will become second nature in time but, for now, navigating the new Westfield mall — sorry, “living centre” — in order to get in and out of this restaurant is a challenge. The signposting is strong, and there are loads of staff members dotted around the mall telling you where not to go, but there are also a confusing number of lifts, some of which do not visit certain floors.

Various pathways are closed when the retail shops close, so you keep running into metal caging and dead ends. Past a certain time, only one elevator, in the corner, will deliver you to the street. Standing in front of it is a guy in an earpiece and a suit, who seems like he’s about to tell you “not in those shoes, mate”, and make you use the staircase instead. Inca is located on the rooftop of the new Westfield Newmarket. Photo / Babiche Martens

But the mall is busy, buzzy … thronging even. I’ve never heard so much elevator banter between strangers. When the PRs told us that the new opening was an exciting event I thought they were just doing their job, but visiting this place is actually a thrill.

Almost everybody else was in their early 20s, and they seemed stoked to be here: it was only mid-evening but there was a nightclub, with a queue. (It felt like one of those New Year countdowns they do at 6pm for the local kids before mum and dad take them home and put them to bed). Inside the dining room at Inca. Photo / Babiche Martens

It was impossible to know how busy the new rooftop restaurant Inca would be before we got there and, in fact, even when we got there the picture wasn’t clear. There was a small line of bodies waiting to be seen by the maitre d’, and enough empty tables to give us hope. But as we got closer we heard her telling them “30 to 45 minutes?” and then “actually it could be up to an hour”. There is a bar area where you can wait for your table but when I looked over it was full of couples looking back at me with grim faces that said “we have been here for some time and would please like to eat food now”.

The floor staff were busy but doing a great job of keeping a sense of humour and positivity in their first week of opening, especially that maitre d’, who had a lot to manage including some drongo from North America ranting for 10 minutes about portion sizes (they are fine). Seriously, what sort of person is that nasty to a waiter? Her friends looked like they were dying inside but nobody said anything so she probably thought she was doing us all a favour. 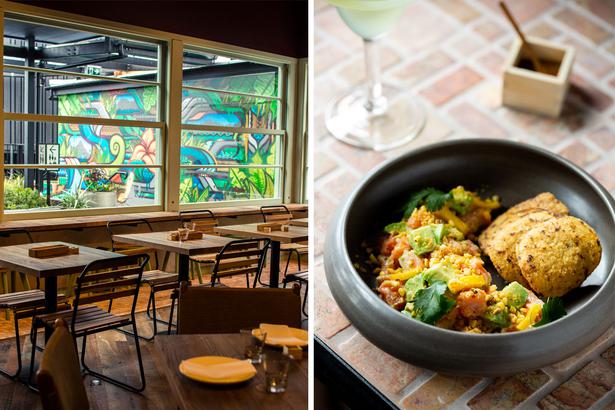 It’s a very appealing menu and despite the rush they had only sold out of two dishes: the ribs and, bafflingly, the soup. It’s Peruvian food with elements of Japanese, and if that sounds familiar Ponsonby eatery Azabu’s kitchen has the same sort of premise. But Inca is stricter with the definition and perhaps a little more rustic. The dishes are sometimes little more than a couple of sticks of meat straight off the fire. When you order the guacamole a chef comes over with an avocado and maybe two other ingredients and mashes the thing in front of you, just enough for the flavours to combine.

Almost everything is very, very delicious — a simple formula of good protein, perfectly (often un-)cooked and served with a big zingy dressing or sauce. If you don’t really know what Peruvian food is, well, that makes two of us, but celeb chef Nic Watt does a good job of explaining the various influences that created this fresh, crunchy, citrusy cuisine. Those flavours are refreshingly distinct — though there are familiar combos such as raw fish and avocado – and the seasoning is unique, with a little bowl of “inca spice mix” on every table. It has some standards like cumin seed, but also includes some new and weird notes, like yuzu and mandarin seed. Both add a sort of queer acidity to the mix and make you lose your geographical reference points. 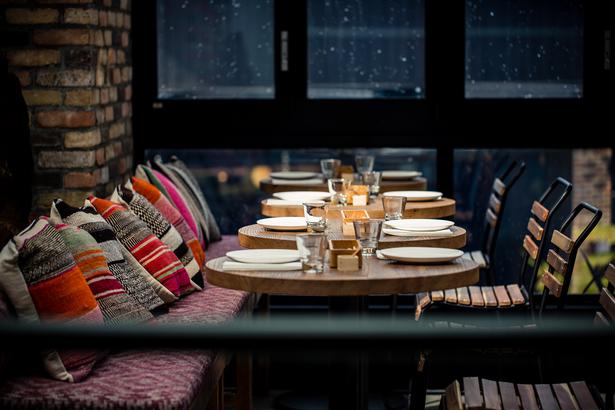 There are Chinese influences as well as Japanese such as in, probably the best dish I ate: triangular slivers of kingfish dressed in Szechuan chilli oil and black vinegar. It was simple and cold and a little bit spicy, and can you think of three better things to find in one dish? The “al pastor” pork taco was a great discovery too, the meat charred, sliced and tasty like a great kebab filling, with a solitary leaf of cos lettuce lining the corn tortilla to freshen up each mouthful.

The chicken wings were forgettable and a charred cabbage side plate undercooked, but I think we probably got unlucky when these two menu duds arrived at once. They weren’t enough to spoil our meal which was delicious, imaginative and better than any mall food you’ve ever eaten.