The stuff that made Jervois Steak House great is still great: the destination brick building, the starched-collar staff, the singular proposition. There’s a real appeal to knowing what you’re going to eat before you even arrive at a restaurant, and Jervois is good for that. Organised regulars call 24 hours beforehand to order the overnight rib, a steak I remember as the greatest piece of meat I’ve ever eaten, though I don’t remember it costing $64.

“Again?” was my wife’s response when I told her where I was reviewing this week. Yes, I’ve eaten here a couple of times, but on my most recent visit I had to nix the review. Gareth Stewart had only just taken over the food at Nourish Group and was methodically picking his way over the various menus — Euro, Culpeper, Pravda — and Garethifying them. They’d all been so good that I was way too eager to get to Jervois — Stewart hadn’t got to that one himself yet, and there wasn’t much point in telling you lot about a restaurant on the verge of an overhaul. 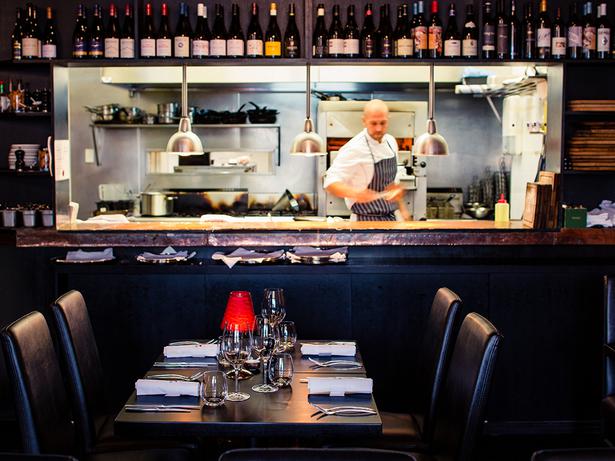 So I waited. And last month, over three years later (“three YEARS, darling”) I returned with good friends and high expectations: not only should the new food be in place by now, it should be humming with that alive energy a good menu has — popular dishes flying out of the kitchen, the experimental duds long gone. I turned up at a concert looking forward to hearing the new album, but the band were still just playing their old hits.

I don’t have the 2015 menu committed to memory but I recognised most of it — there may have been a rotisserie chicken or oversized-spaghetti dish missing but they were the same old cuts and, more obviously, the same menu construction: you choose a bit of meat, and a sauce to go with it, then add onion rings or macaroni cheese on the side.

The only genuinely new thing I could see was a bowl of peas — mixed up with butter and bacon and hot lettuce (!), it’s apparently a French classic and was the big hit of the night. But I hadn’t turned up to review the Jervois Pea House. 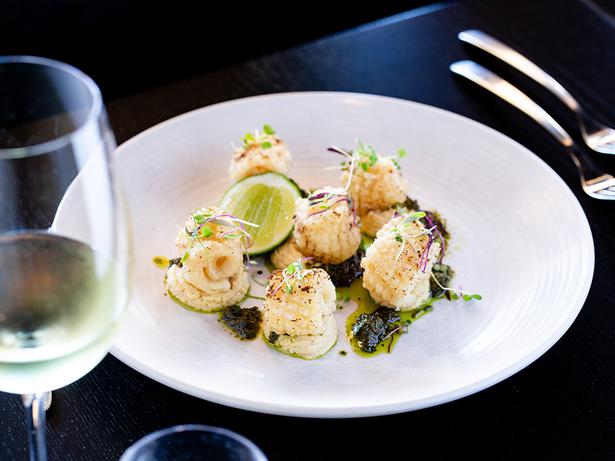 The calamari on the menu at Jervois Steak House. Photo / Babiche Martens

There are seven or 12 or 10 or 13 different beef steaks on offer (I could check the exact number but does it really matter?) and, overnight rib aside, only one in a hundred meat geeks would give a toss which one they ended up with. It’s wagyu, it’s Wakanui, it’s lean, it’s leaner, it’s aged.

Mostly it’s just expensive, and when we asked our waiter to talk us through the options he failed really, nosing us towards this or that but not making any of them sounding particularly life changing. I ordered the lamb. And look, I don’t often fuss over the bill (Viva pays for me, though I do try to pretend it’s my own money) but does $54 for a lamb rack sound over the top to you? Mary has a little scam.

And the food truly does taste good — it’s a restaurant where you can’t stop nibbling at everything you see in front of you and the only strange thing is that the accessory dishes are more moreish than the mains — not the first time meat has been upstaged by potato, and probably not the last. The entrees were better than the mains — the calamari fantastically soft and delicious, and a beef tartare right on the money.

There were a lot of people dining in for a weeknight, suggesting that the basic premise of Jervois is a solid one. They all seemed to be having a pretty good time too, thanks to some pretty flash service: though they weren’t always on form, the waiters were of a class and deportment that elevates this into, if not Metro Top 50 territory then perhaps the equally famous Jesse’s List of Places to Eat When Your Special Occasion Dinner Falls on a Monday.

The problem is that it can’t last forever. As the saying goes, restaurants must change or die or become Tony’s Steakhouse. Ten years ago Jervois was classic, today it’s vintage, but tomorrow it could already be starting to feel passe. Gareth doesn’t have to tear up the concept completely but how about introducing some lesser loved cuts? Hangar, bavette, flat iron? Expensiveness is a terrible way of measuring quality, and Auckland’s meat enthusiasts deserve better than five types of international wagyu (okay I checked). I look forward to Jervois Steak House’s next exciting iteration, though this time I won’t hold my breath.